‘Stereotypes run deep in people’: The extraordinary CRIP CAMP documentary is a must-see

Who knew that down the road from Woodstock, a revolution blossomed in a ramshackle summer camp for teenagers with disabilities, transforming their lives and igniting a landmark movement? The extraordinary Netflix, now Oscar-nominated documentary Crip Camp: A Disability Revolution is the untold story finally told for the world to see.  Jennifer McShane speaks to the film’s co-director Nicole Newnham about its reverence and the push to continue breaking stereotypical barriers down for those with disabilities – in life and on screen

Co-directed by Emmy Award winner Nicole Newnham and film mixer and former camper Jim LeBrecht, we’re taken back in time to the early 1970s, where teenagers with disabilities faced a future shaped by isolation, discrimination and institutionalisation. Camp Jened, a ramshackle camp “for the handicapped”, exploded those confines. Jened was free from restraint; their freewheeling Utopia, a place with summertime sports, smoking and makeout sessions; and campers felt fulfilled as human beings.

Their blissful summer came to an end, but many realised they had to continue to ensure the time they had at the camp had to become a reality. And so many attendees reunite in Berkeley, California, to launch the Disability Rights Movement. What’s depicted is their absolute determination to achieve equality in a way that’s warm, engaging and free of prejudice.

Executive producers include President Barack Obama and Michelle Obama, who recognised the boundary-breaking, Sundance award-winning feature, and the documentary’s co-director Nicole says working on the feature was an eye-opener in so many different ways, in the interview below.

Tell me how Crip Camp came to be and why you were so drawn to the project in particular?

Jim Lebrecht is my longtime sound designer/ mixer – he pitched me some stories about disability to direct, and when he shared the story of Camp Jened with me and showed me some photographs, I was blown away because the joyous, iconoclastic images shattered a lot of misperceptions and stereotypes I was not even aware I was holding.

I was drawn to the joy, the humour, the universality of Camp Jened, and the idea of a community telling the story of their history intimately to each other – co-directing the film with Jim, and telling the story from an inside perspective. I’m also a filmmaker who loves diving into history – and in this case the idea of lifting up one of the greatest civil rights stories we have – which has remained shamefully unknown – and making it a part of mainstream American discourse and knowledge was extremely compelling to me.

As a writer with mild Cerebral Palsy, I’m all too aware of the stereotypes that exist on screen when it comes to the depiction of those with disabilities. Refreshingly, Crip Camp is utterly the opposite of that – it feels like a genuine landmark in terms of programming. Did you have to go to lengths to ensure this wasn’t the case here, and if so, how did you get around it?

We worked hard to make the emotions complex and multi-layered as one way of avoiding those tropes. Putting laughter where there are tears, for example! We tried to surprise people, and let the folks in the film drive the point of view and illustrate for themselves how they wanted to be seen.

What challenges did you face while making this project that you did and didn’t foresee?

Since I was co-directing the film with Jim Lebrecht, who is a wheelchair user, we knew that we would face access issues in travelling and producing the film together and that was definitely a challenge. Airlines still don’t have accessible bathrooms! Many film events and theatres and stages are still not accessible. We tried to pave a way forward for the filmmakers who would come after us wherever possible. I didn’t anticipate the extent to which the historical material we were drawing from would be untended to in archives or lost. We spent an enormous amount of time finding the material to be able to tell the story cinematically. I hope some of our archival work can help historians and filmmakers in the future. 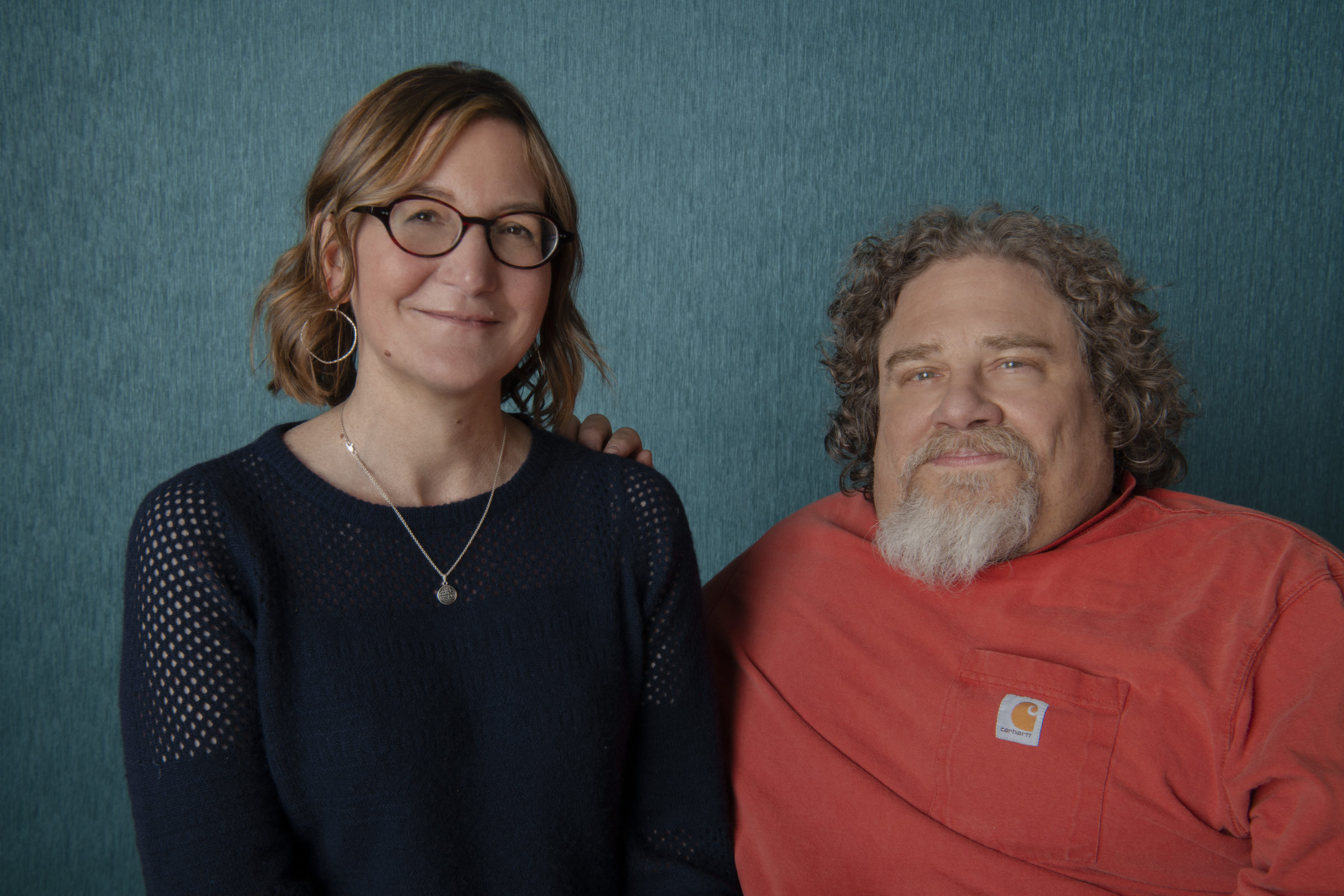 What has surprised you the most now that you’re getting a reaction from viewers?

Before the pandemic set in, we were screening the film in large theatres at film festivals. I was surprised by how the audience responded almost like it was an action feature! While we were editing, my teenage son said: “Mom, it’s like the Avengers” – this group of people with individual talents assembling and getting ready to fight an epic battle. But to hear audiences cheering when the deaf people in the sit-in save the day by signing after the FBI cuts off the phones, or applauding and yelling when the Black Panthers step up to feed everyone so they can sustain their sit-in and make the world a better place was extremely delightful!

What is your favourite part of Crip Camp?

That’s a hard one. I was sitting next to a friend who is a filmmaker during a screening at the Museum of Modern Art and she was surprised I still laughed and cried along with pretty much every scene in the film. But I do love every part of it very much.

One of my favourite parts is Denise Jacobsen’s story about having an affair with a bus driver in a quest to lose her virginity and claim her sexuality. When she gets an STD, her perfectly healthy appendix is taken out because the doctor can’t imagine, as a woman with CP, that she’s sexually active. Her response? She gets a master’s in sexuality and becomes a sex therapist.

It’s a rollercoaster of a story, brilliantly told, and it transports you through so many different emotions- surprise, humour, joy, grief, anger – and ultimately Denise’ feminist empowerment just fills me with joy and hope.

What do you hope people take away once they watch it?

For a non-disabled audience, I hope it shifts perceptions and that they’ll never look at disability the same way again. I hope they see disability as simply a part of the human experience, and that they come to know the disability community for its’ humour, richness, resilience, ingenuity and massive contribution to bending the arc towards justice.

For people with disabilities, we hope they see something true and authentic to their experience, and take pride in this extraordinary history reaching a broader audience. 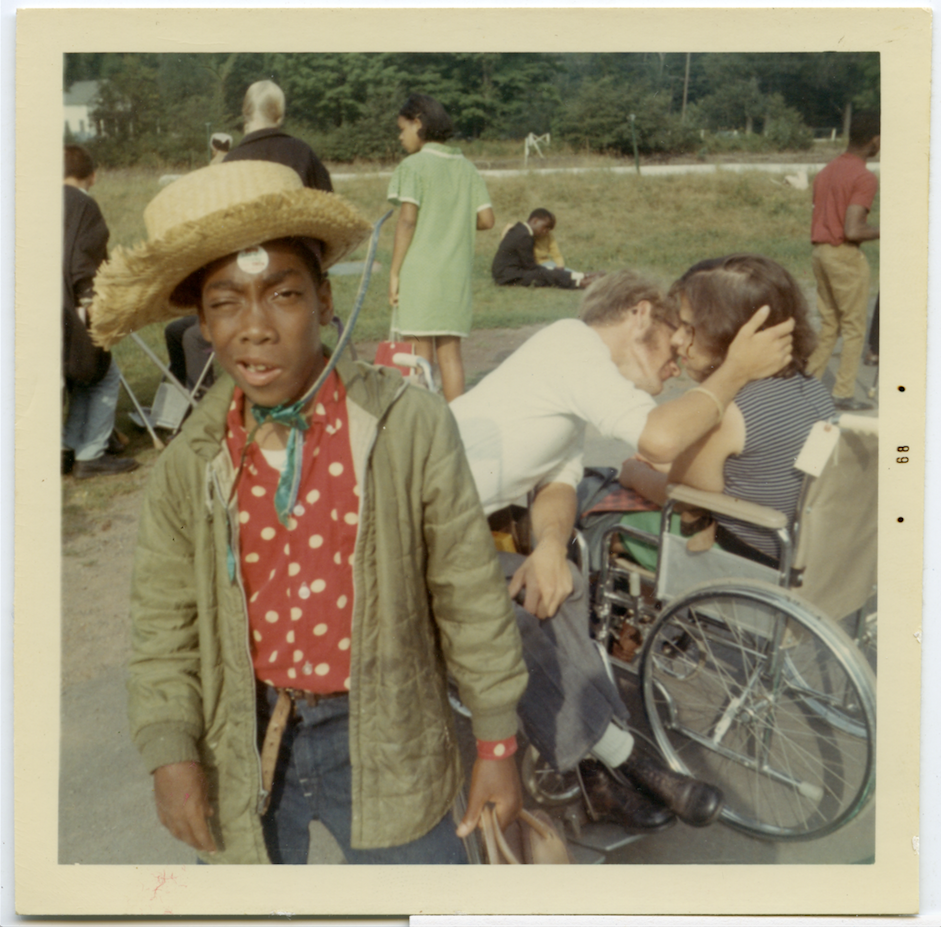 How can more be done to ensure those with disabilities have their stories told more on screen?

We can work to break down some of the cultural and structural barriers to people with disabilities working in our industry – in front of and behind the camera, and in the writer’s rooms and board rooms. We can nurture up and coming talent through paid apprenticeships and by making the movie-going experience more accessible.

One amazing activist from the deaf community at Sundance pointed out that the lack of open captions on movies in the theatre meant that she didn’t see very many films, and she raised the question: how am I supposed to see myself as a filmmaker if I can’t see films?

I also think that people are hungry for fresh, authentic content from diverse perspectives and hope that each film like ours will spawn more. Our story is one story about one group of people and a particular span of time. There are millions of other diverse stories that still need to be told.

Many have responded with rave reviews, what’s been your favourite so far?

I was overcome by the comments posted on President Obama and Mrs Obama’s Instagram pages, their responses were both personal and political, and Jim and I wanted to make a film showed how personal transformation and community can lead to political transformation.

But it’s been equally gratifying to see some of the comments on social media from people with disabilities who are watching. Maybe my favourite comment was from a young woman who said watching the film made her feel closer to her parents because they could understand her better.

Or another person saying that usually, films about disability feel like a minefield to them – but that this one felt like home. It doesn’t really get better than that.

CRIP CAMP: A Disability Revolution is available to stream on Netflix now

Read more: What Netflix’s The Politician is already getting right about disability

Read more: ‘I remember hearing the words “she’s disabled” and wondering who they were talking about’

Read more: Accepting my disability and accepting being disabled