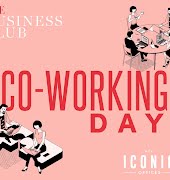 Lily Collins was quite the cool kid when she was younger and apparently used to hang out with Prince Charles and Princess Diana on the regular.

Meeting the British Royal family would be a nerve-wracking affair for anyone, not least because there are so many rules and protocols to take into consideration.

The official royal website claims that “there are no obligatory codes of behaviour when meeting the Queen or a member of the royal family”, but even so, many people wish to observe the traditional forms. Which means learning about neck bows and curtsies and how greetings change after the first address (for example, the correct formal address on presentation to the Queen is ‘Your Majesty’ which subsequently changes to ‘Ma’am’ thereafter… the more you know, eh?!).

Needless to say, there’s a lot to take into consideration – all of which is difficult enough to remember as an adult, nevermind as a young ‘un. Actress Lily Collins paid no heed to any of it though. Recently recounting the story of when she first met Prince Charles and Princess Diana to James Corden on The Late Late Show, Lily laughed that it definitely didn’t go to plan and she “really threw propriety to the wind” as Buzzfeed put it.

For those of you unfamiliar with the Emily in Paris star’s backstory, Lily grew up in the UK with her parents, Jill Tavelman and Phil Collins – who is actually the reason that the family met the royals in the first place. A talented performer best known for both his solo career and for being the drummer/singer in the rock band Genesis, his music career ultimately led him to work with The Prince’s Trust (a charity Prince Charles founded back in the 70s to help young people get into jobs, education and training).

“Lily, I want to talk to you about this photo,” Corden says to the actress before holding up an image of her as a toddler alongside her father, her mother, Princess Diana, and Prince Charles. Seen handing a bouquet of flowers over to the Princess of Wales, the whole thing looks very angelic – like butter wouldn’t melt. Lily was much more troublesome than she appears in the photo though and immediately after the snap was taken, she apparently tried to snatch the flowers right back for herself.

“I have been told that this is what happened. That’s my mom, my dad and I and it’s at a Prince’s Trust event. I’m giving Diana flowers but the second that she went to take them, I then tried to pull them back. So, as you can imagine, all the air was sucked out of the room,” she said. Lily was just two years old at the time though and was wearing a cute dress as she pointed out, so who could really hold it against her?

On another occasion, it was Prince Charles that was in the firing line and Lily even threw a toy telephone his head. “I was playing with some toys with Prince Charles and I proceeded to throw something at him – like, throw a toy telephone at his head. Which, again, all the air was sucked out of the room… I just went along for the ride and I guess I had a tendency to do naughty things as a 2-year-old,” she laughed.

It’s one of those situations where you know you shouldn’t smile, but you can’t help but doing so anyway.

Deliciously Ella’s tips for kicking off a plant-based diet