With a two-hour Oprah special, Adele is truly giving the people what they want

Kim Cattrall may be instantly recognisable as Samantha Jones (without a a doubt, the best SATC character) but the actress, who just turned 65 this weekend, has broken the mould since her acclaimed role in the cult series came to an end over a decade ago.

Defying stereotypes on the stage and screen with highly acclaimed roles in Private Lives and Antony And Cleopatra, Cattrall has continued a gutsy theatre career that began when she arrived in New York at the age of 16. Off screen, the actress maintains she is nothing like her infamous TV alter-ego,?but she evokes the same intelligent confidence, particularly when speaking about women’s issues and the pressures any female over 40 in the public eye encounters. We’ve rounded up her best quotes on ageing, motherhood and overcoming life hurdles.

When it comes to ageing in Hollywood, Cattrall feels there is “an exploration date of 35,” however, she doesn’t feel this pressure. Younger is not where it’s at. Older and feeling young is where it’s at. I live in the real world. I’ve turned down a lot of work where I felt that I would be playing someone who was basically something grotesque or a cosmetic joke or something that had such negative connotations, whereas now, I think I’m doing things I really enjoy. My life will change, and it will evolve as I get older and I’m accepting that instead of fighting against it; I’m not in my 20s trying to fit in anymore and I eat as much as I can.”

On Being Labelled As “Childless”: 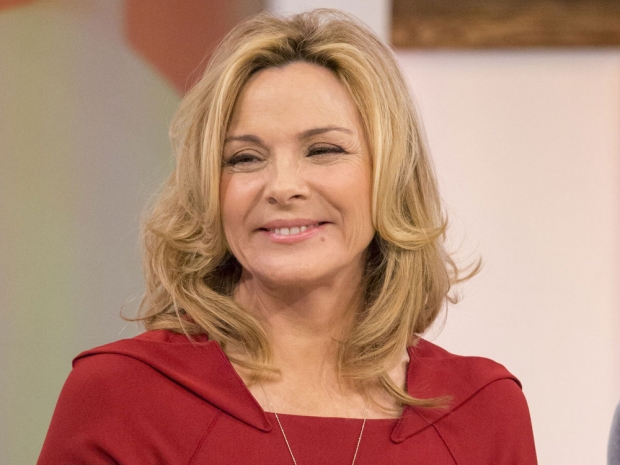 Though she has none of her own, Cattrall still considers herself a parent in other ways, satisfying her maternal side when it comes to nieces and nephews, those she mentors and more. I am not a biological parent, but I am a parent, she said. I have young actors and actresses that I mentor; I have nieces and nephews that I am very close to. There is a way to become a mother in this day and age which doesn’t include your name on the child’s birth certificate. You can express that maternal side, very clearly, very strongly. It feels very satisfying.”

She strongly feels that we should ditch the “less” from “childless” and find other, more positive ways of referring to women. It’s the “less” is offensive – childless – it sounds like you’re “less” because you haven’t had a child and it could be that it isn’t a conscious?choice, it’s just the road you’ve taken in life.”

Cattrall spoke about how her dealings with chronic insomnia caused her to re-evaluate entire life. “The media described it as a ‘mysterious illness’ and assumed I had cancer,” she said. “I even thought that if I did have cancer, people might have been more understanding.” Eventually, she was diagnosed and admitted that what helped her overcome her sleeplessness was coming to terms and accepting her father’s death.

She had been by his side as he died, and this had jolted her into a sharp awareness of her own mortality and place in the world as she believed that “by going to sleep, I might not wake up.” However, the self-confessed workaholic managed to overcome her fears: “ I choose to tame my appetite for work and challenge [because] without sleep, I can’t possibly dream, and ultimately fearing death is a colossal waste of time, because guess what? I won’t even know I’m dead. And strangely, that’s comforting.”

Do you have a little one that loves putting on shows and performing? A stint on ‘The Late Late Toy...

The case of Gabby Petito is at risk of adding to the ‘pretty white girl missing’ syndrome, writes Amanda Cassidy...

Here are some of the best rom-coms on Netflix and Amazon Prime, in a list that came together so fast...

‘Don’t Look Up’ may have the best cast of just about any movie, maybe ever

What do you get if you grab a handful of Hollywood elite and mix them all together? The cast for...

Easier than they look, these five refreshing drinks definitely taste the part and will elevate your reputation as the cocktails...

We know Monica Lewinsky will produce the long-awaited third installment in Ryan Murphy’s American Crime Story franchise (it will center...

Liane Moriarty has a new mystery book for your book club

Liane Moriarty, the author of Big Little Lies and Nine Perfect Strangers, has a new twisty crime fiction tale of...