How well do you really know 'Love Actually' though?

For many, Christmas is synonymous with the festive flick that is Love Actually. After watching it (again) this week, I was reminded there’s a lot to love about the film (Emma Thompson forever).

But equally, an entire conversation could be had about the various elements that remain both creepy and problematic — the Prime Minister firing his assistant because he fancies her too much? Almost certainly breaking a few employment laws right there. And what of the three sub-plots in the movie that all are centred on older men having relationships with younger women that they work with – with all the men being their bosses? Not exactly subverting any stereotypes.

Regardless of which side of the camp you fall into, and because it’s a given at this time of year, here are a few facts you may not know about this classic film.

The scene in the movie when a lovestruck Sam goes running through the airport to say goodbye to his young love? The Favourite actor, who just happens to be dating Taylor Swift (and is in the upcoming TV adaptation of Sally Rooney’s Conversations With Friends), Joe Alwyn revealed he auditioned to play the famous role. “It meant that I got time off of school to go to this audition, so I went to it,” he said. “I didn’t get it in the end, obviously, but I remember meeting Hugh Grant and [writer-director] Richard Curtis, and sitting down and reading some scenes.” The role eventually went to Thomas Brodie-Sangster, who was just 13, while Keira Knightley was only four years older, a fact that still manages to shock the internet year on year.

Four plotlines were cut from the film

Richard Curtis initially aimed to include 14 love stories in the film. Two were clipped in the scripting phase, but two were shot and cut in post. Those lost before production involved a girl with a wheelchair and one about a boy who records a love song for a classmate who ultimately hooks up with his drummer. Also shot was another storyline that followed home a school headmistress, as Curtis explains below.

The iconic “To me, you are perfect” scene almost didn’t happen

Even those of you who think showing up at your married crush’s house with some confessional signage is the ultimate in romantic gestures and not creepy, the scene still gets spoken about. Curtis revealed that he workshopped five ideas and then ran them by women in his office: “I told them, ‘There’s this guy, he’s never told you he loved you. Which of these ideas are romantic and which are off-putting?’ [I had ideas like] filling the courtyard outside her house with roses, and they went ‘yuck, yuck, yuck, yuck’ for the first four. Then I had the idea of the Bob Dylan signs… the scene was selected by group research.” The actor Andrew Lincoln also revealed it’s his handwriting on the sign.

The airport footage was shot with hidden cameras

Footage of passengers being welcomed and embraced by loved ones at Heathrow Airport was shot on location with hidden cameras for a week. In the film’s DVD commentary, writer-director Richard Curtis explains that when something special was caught on camera, a crew member would race out to have its subjects sign a waiver so the moment might be included in Love Actually.

McCutcheon’s part was written just for her

Curtis wrote his screenplay with some stars in mind, including Hugh Grant, Emma Thompson, and Martine McCutcheon, the actress-turned-singer best known for her role on BBC drama EastEnders. So sure was Curtis that he wanted McCutcheon for the role of the love interest to the Prime Minister that he had the character’s name as “Martine” in early drafts. Curtis explained in the DVD commentary that the name was changed to “Natalie” before McCutcheon’s audition, “so she wouldn’t get cocky”. 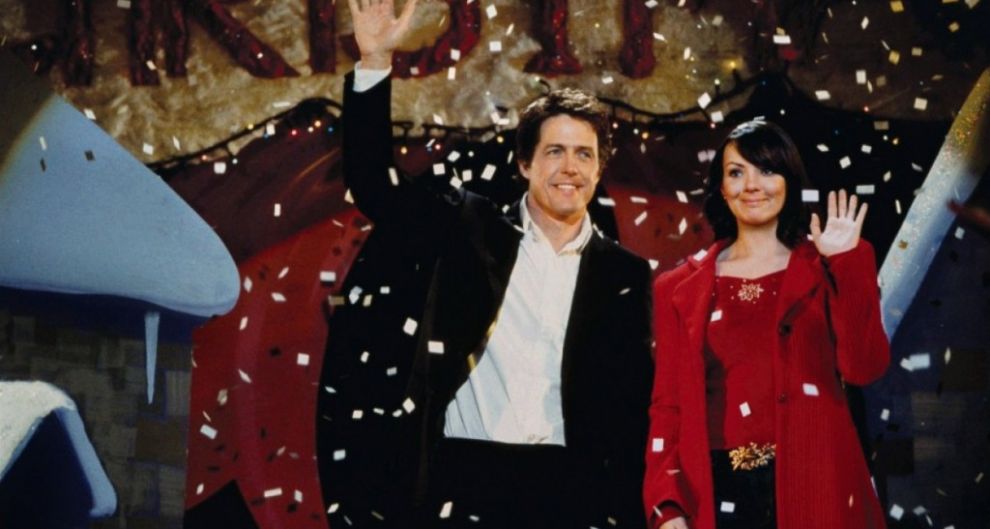 The scene in which her character comes to watch her wedding video saw Knightley wearing a hat but not because the team thought it was the best choice. “I had a massive spot in the middle of my forehead,” Knightley recalled to BBC Radio 1. “This is the problem with being 17 and being in films! It was humongous, so there was no choice but to find a hat to cover it — because there was no lighting or make-up that was going to cover it.”

One of the best things about the film was actor Bill Nighy playing the shameless, comeback-seeking rocker Billy Mack. On the film’s 10-year anniversary, Nighy recalled to The Daily Beast: “I did a rehearsal reading of the script as a favour to the great casting director, Mary Selway, who had been trying to get me into a film for a long time. I thought it was simply to help her hear the script aloud and to my genuine surprise I was given the job.” His favourite line from the script? “My favourite line – the one they’ll write on my tombstone and the one kids still shout at me, is: ‘Hi kids! Don’t buy drugs – become a rock star and they give you them for free,’” he told The Guardian. 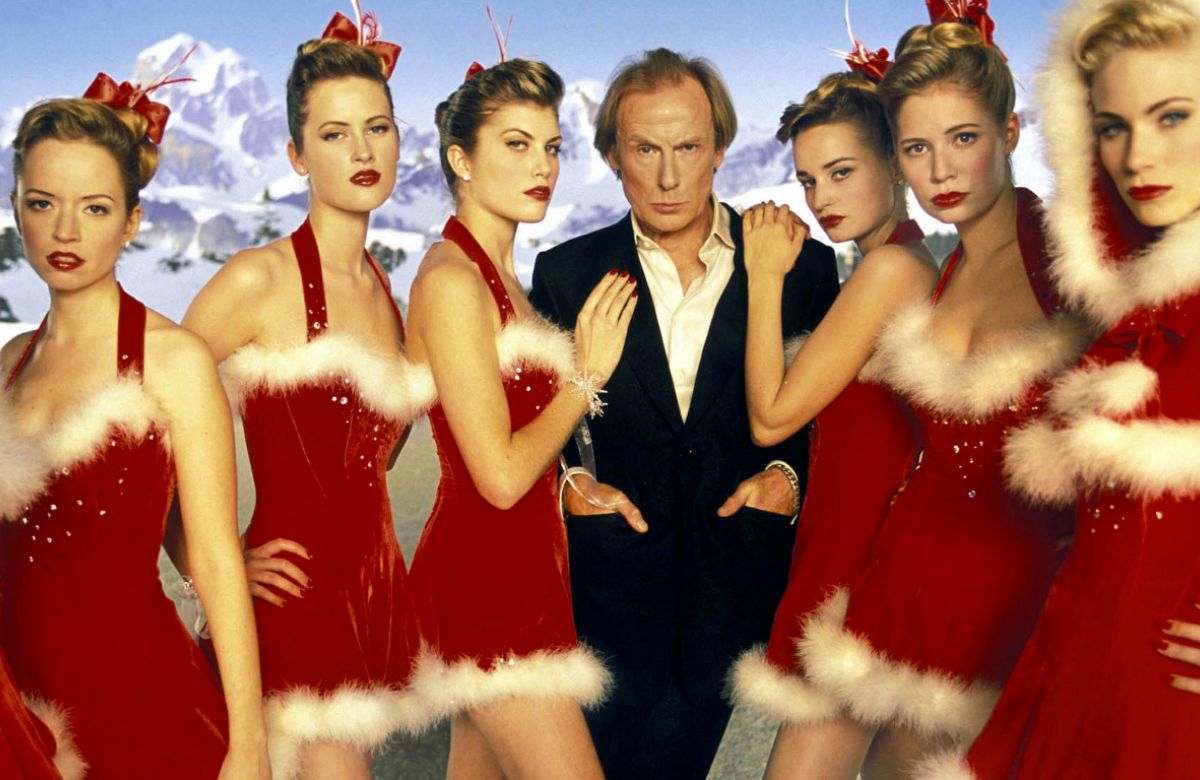 Olivia Olson (Joanna), got record deal offers after the movie

The crazily talented kid who sang her rendition of ‘All I Want for Christmas is You’ at the end of the film was scouted following the release of the film. “It seemed kind of stupid and forced,” Olson said. “Looking at the grand scheme of things, I could have been some child star and had a total breakdown by the age I am now, and I probably wouldn’t have had the opportunities I have now. I might have been a has-been by now instead of still trying to build up my career. So, I don’t regret it not working out that way.”

“He was hugely grumpy about it,” Curtis recalled. “He was so wanting his bit not to be fake; he wanted to feel as though he could be prime minister. The fault line was the dance, because there was no way he could do that in a prime ministerial manner. He kept on putting it off, and he didn’t like the song — it was originally a Jackson 5 song, but we couldn’t get it — so he was hugely unhappy about it. We didn’t shoot it until the final day and it went so well that when we edited it, it had gone too well, and he was singing along with the words.”

Thompson is the best thing about the film; the scene in which she cries in the bedroom after realising her husband Harry (played by the late Alan Rickman) was having an affair was relatable for women around the world, and she revealed that she drew on her own life experience for the moment. “That scene where my character is standing by the bed crying is so well known because it’s something everyone’s been through. So I knew what it was like to find the necklace that wasn’t meant for me. Well, it wasn’t exactly that, but we’ve all been through it.” Thompson revealed in the past to The Sunday Times that she had drawn from her tumultuous ex-marriage to director Kenneth Branagh, who was rumoured to have been involved in an affair with actress Helena Bonham Carter. Curtis revealed that the actress had to shoot the scene 12 times in total.

January Jones wrote her own lines

Mad Men star January Jones was in the Wisconsin bar scene (something people never seem to realise) and script editor Emma Freud revealed that almost all her character’s lines were her own. “January Jones wrote half of her lines,” Freud tweeted.

It got a sequel (of sorts)

It’s called Red Nose Day Actually, broadcast on BBC One a couple of years ago and though it’s only 15 minutes long, it features almost everyone you loved from the original — bar Rickman (RIP). Emma Thompson also declined to take part as she said it had been too soon after the actor’s death whom she had counted as one of her closest friends. The sketch managed to raise €71 million for Comic Relief.

In 2015, Emma Freud also live-tweeted some details of what happened to Karen and Harry after the credits rolled. The short version? She confirmed Harry did have an affair and that the relationship was permanently damaged as a result. “They stay together but home isn’t as happy as it once was,” according to Freud. She said she “begged Richard [Curtis, also her partner] to just make it a flirtation, but no. The whole way.”

One scene was lifted directly from Four Weddings and a Funeral

In Four Weddings and a Funeral, also penned by Curtis, there was a scene where Hugh Grant’s character Charles flirts with a woman at a wedding by mocking the terrible catering, only to discover that she is the caterer. It ended up being cut from the 1994 film but was reshot for the 2003 movie with actor Kris Marshall acting out the flirtatious faux pas. In the commentary track, Curtis admits that some drafts of the Love Actually script still had Charles’s name on portions of the scene. 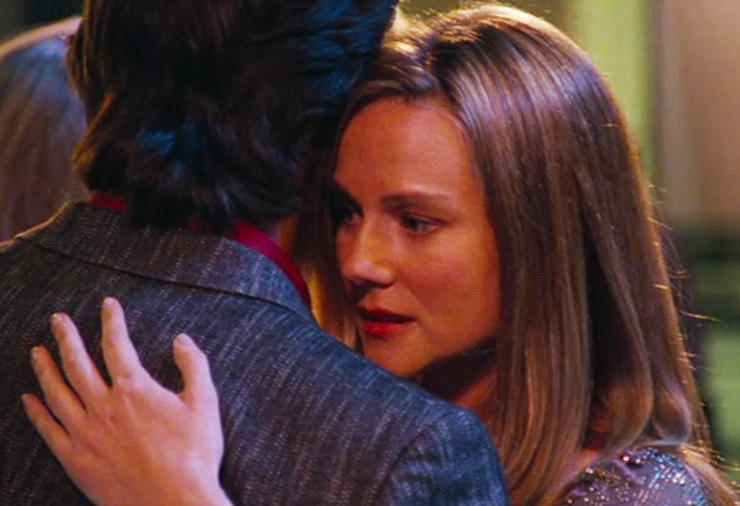 Curtis originally intended for Sarah and Karl’s love story to fizzle out after the phone call from her brother. However, when Love Actually was screened to test audiences, the feedback begged for a clearer resolution. So Curtis provided it, creating an extra scene in reshoots that made it unmistakable that Sarah and Karl would not end up together.

Brighten up your kitchen with these colourful accessories