Independent interiors shop Maven in Belfast, run by sisters Patrica and Catherine McGinnis, is known for its chic homewares and beautiful furniture. Now they’ve launched an online shop with over 6,000 pieces of furniture, lighting, tableware and textiles.

Celebrating Maven’s seventh birthday last weekend, we caught up with Patricia to find out how their small Irish business has been copping in 2020 and what their new online shop has in store.

“We didn’t do much research, other than a gut feeling really,” says Patricia of their decision to open Maven in 2013. Running an interior design business with her sister Catherine, they found that there were a number of brands they just couldn’t buy in Ireland. Deciding to set up their own shop, they found an old redbrick memorial hall on the outskirts of Belfast City.

It wasn’t your typical retail space but worked for what they had in mind. “We were lucky too because it coincided with the rise of Instagram and social media. So it was easier to get the word out about us than it might have been ten years earlier,” says Patricia. 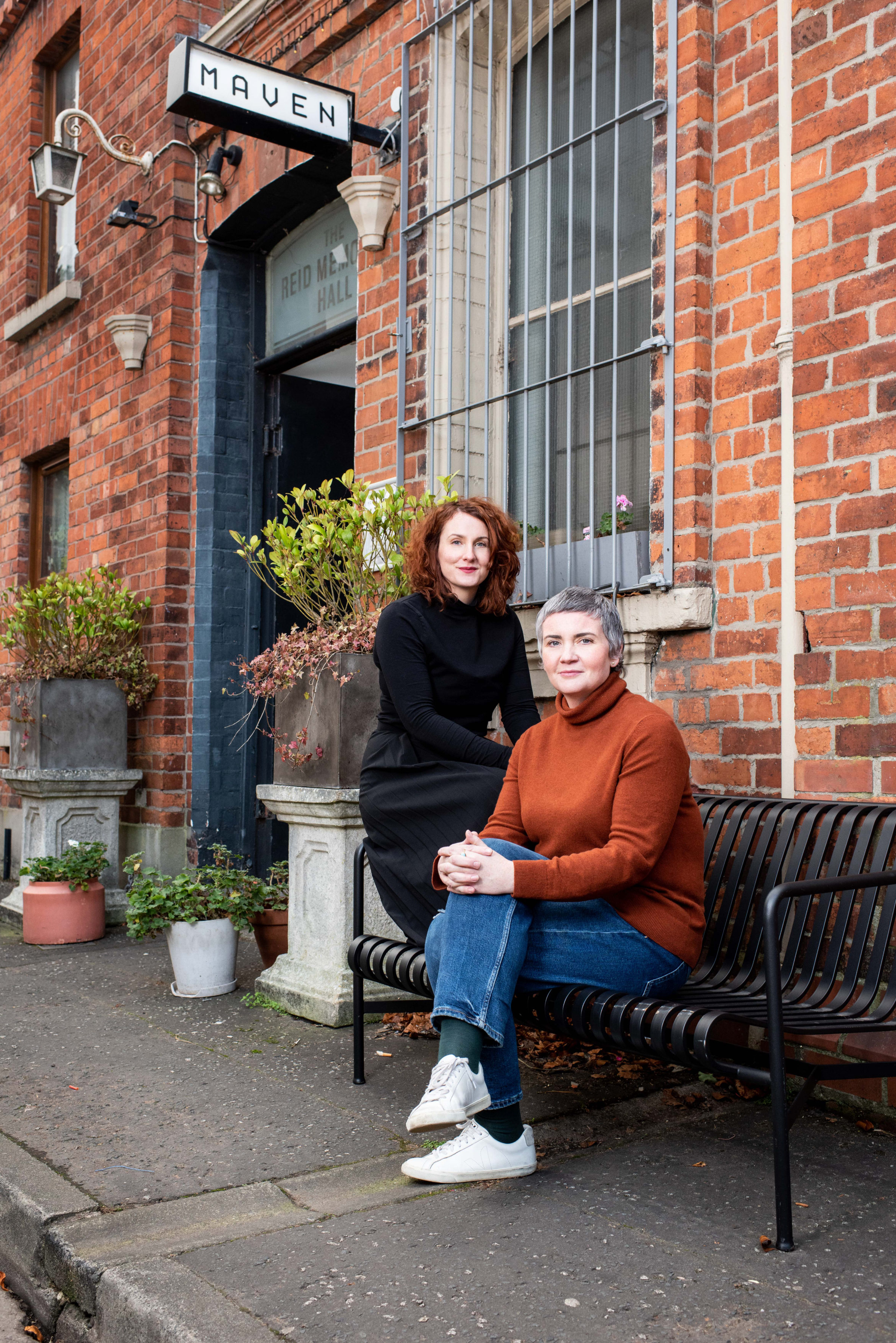 Catherine and Patricia McGinnis outside their Belfast shop, Maven

However, Maven’s success has little to do with luck and much more to do with Patricia and Catherine’s sharp design eyes and dedication to their shop and its community. Selling a mix of Irish makers and Scandinavian brands, their shop floor has always been brimming with great ideas and interiors inspiration and they’ve fostered a dedicated customer base as a result.

Last year, Maven were awarded the Image Interiors Design Awards Retailer of the Year and Patricia says that winning it was really the starting point for developing the new online shop. “For us, part of the impetus was definitely winning the award. It really was an incredible honour.” Deciding to take the year to do something big, an online shop had been on their mind for a while and they began putting the wheels in motion.

While they already had a small online shop that offered an edit of their accessories, they wanted to create a fully online version of their shop, including furniture and lighting and the larger items found on their shop floor.

Forced to shutter the shop and with their little online platform already reaching its limits they saw their customer needs changed. As Patricia explains it, after they reopened during the summer, people were less inclined to come into the shop and the expectations of their Instagram audience shifted. When once they would have been happy to come in to buy something they saw featured on Maven’s social media, now there was an expectation that everything could be purchased at the click of a button.

However, for a very small team running one independent shop, an extensive online shop is a massive undertaking. “The distribution is one thing, the customer service another,” explains Patricia, there are just so many factors required to get it up and running. It has taken Patricia and Catherine six months of painstaking work, from imagery and copy sourcing to organising distribution and web design. 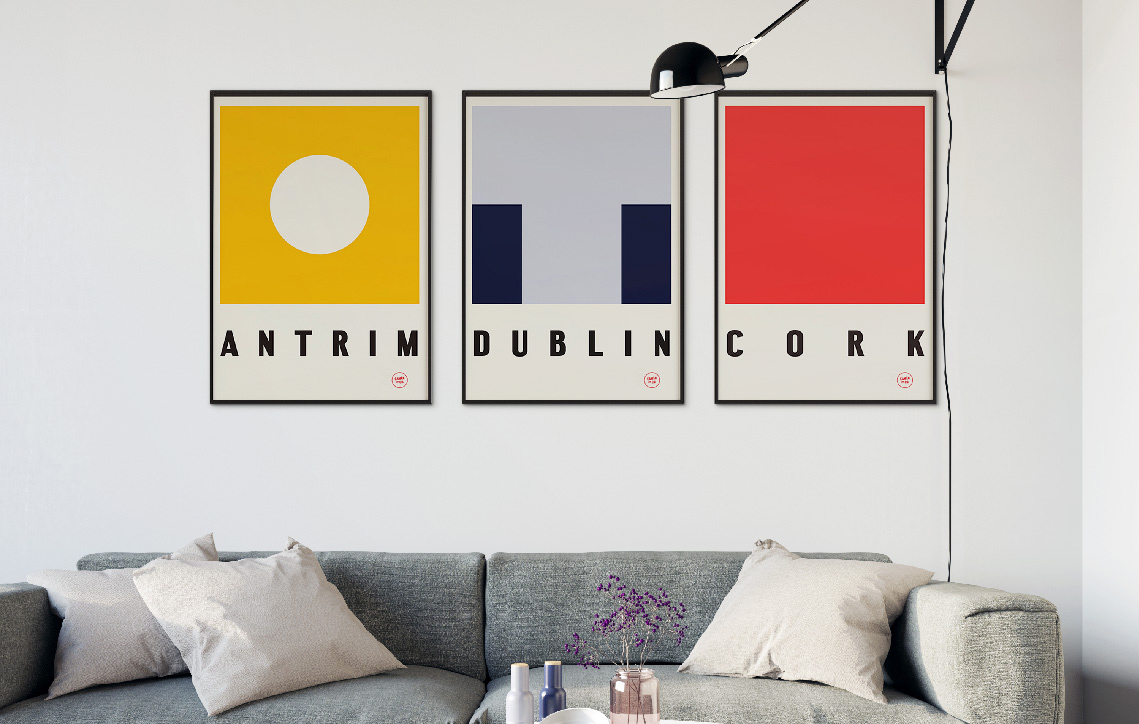 Caman and Co county posters, £35 each

Now, they’re ready to launch over 6,000 home interiors products like Muuto tables, HAY sofas, Ferm Living kitchenware, Bloomingville accessories, Gubi lights, Skagerak chairs, String shelving and so much more online. Patricia also promises that this will grow and the duo are excited to add more brands to the mix once they’ve gotten to grips with their new online life.

The new Maven website also has a Made in Ireland section featuring the likes of Oxmantown, Studio Donegal, Superfolk and Caman & Co. Patricia says this is an area that they’re keen to grow as they see an increasing appetite for Irish-made items. “A few years ago people might have asked where it was made but probably not willing to pay for it. Now that has evolved, people are more prepared to pay for something that’s more expensive because they understand why.” 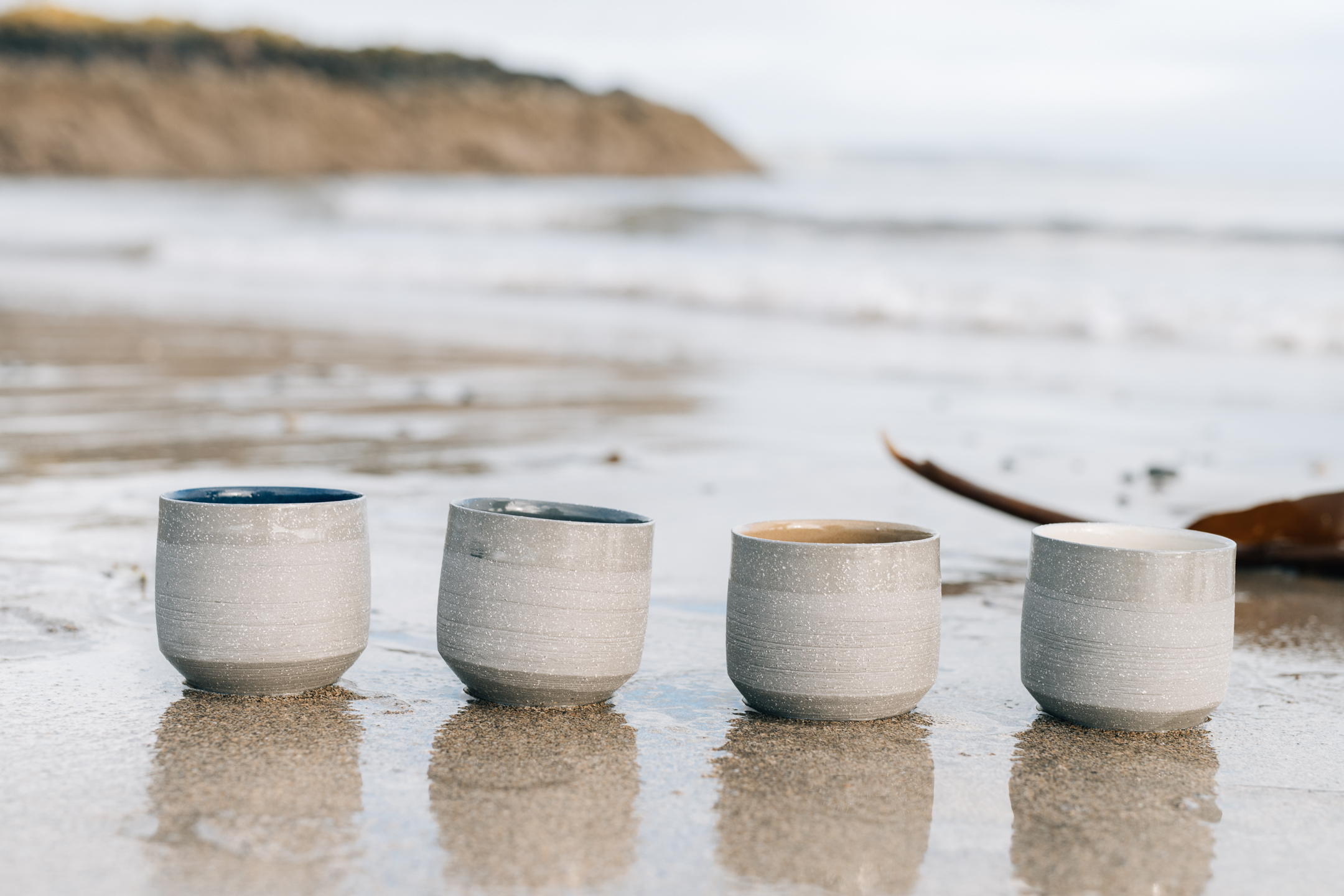 The new site also coincides with the arrival of their annual collaboration with Belfast ceramicist Derek Wilson, another Image Interiors Design Award winner. “Catherine and I, like everybody else, have gotten mad into swimming in the sea,” says Patricia of the collection of four tumblers that they’ve created with Derek. Inspired by their dips in the ocean and its varying colour palette from slate grey to bright blue, the hues of the collection resonate with what have gotten Patricia and Catherine, and so many others, through the last few months.

When I ask Patricia if she has any favourites on the new site, she admits that she more or less wants it all. “We definitely don’t have anything on the website that we wouldn’t buy ourselves… which means we want to buy basically everything!” she laughs. However, when forced to choose she points to the creations of Irish makers Criostal na Rinne and Mourne Textiles. “They’re just heirloom pieces. If you got one for a wedding present or a big birthday you’d have it your whole life.”

It seems that in creating their own Christmas wish list, Patricia and Catherine have made writing ours so much easier.

Read more: 50 Irish makers to buy from this Christmas