This week’s IMAGE Book Club title of choice is Sisters: Nine families of sisters who made a difference, edited by Siobhán Fitzpatrick and Mary O'Dowd.

For this week’s instalment of our IMAGE Book Club, we’re sharing an extract from Sisters, a book which sees nine writers trace the public and private lives of nine sets of sisters.

Artists, publishers, writers, educationalists, philanthropists, revolutionaries, suffragists — thinkers all. Independent women with hopes and ideals who overcame barriers, even within their own families, to their participation in public life. Their stories have often been overlooked by the mainstream historical record.

These essays take readers on a journey through the centuries from the 1600s to the turbulent years of the independence struggle in 1900s Ireland and uncover the influence, support and rivalries of family.

Here, we share an extract from Margaret Ward’s chapter on the Sheehy Skeffington sisters to give you a taste of what the book contains. Read it below… 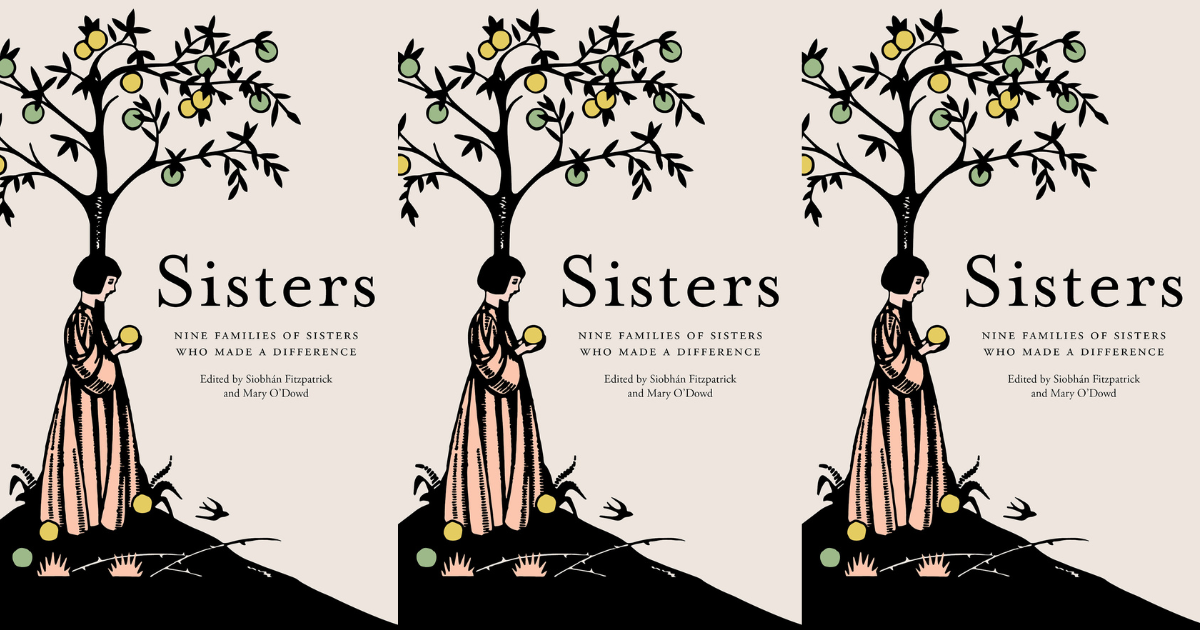 ‘A precious boon’ in difficult times: Hanna Sheehy Skeffington and her sisters, Margaret, Mary and Kathleen, by Margaret Ward.

Ireland in the Edwardian era was a country where social and political changes were promising to transform what had been a moribund state, in thrall to its British imperial masters, its economy skewed to support British rather than Irish needs.

The land wars of the 1880s and 1890s had improved the position of many tenant farmers, and since then the Irish Parliamentary Party had been pursuing a strategy in Westminster to achieve a home rule that would give a native Irish parliament considerable power, even if imperial supremacy would be retained by Britain.

A Catholic bourgeoisie waited for the era of self-government to arrive. Catholic girls were now benefiting from educational reforms that enabled them to pursue a broad range of academic subjects at secondary level. The Royal University of Ireland, an examining body only, was open to students of either sex. Victoria College in Belfast and Alexandra College in Dublin opened collegiate departments, enabling women to study at university level. In response, in 1893, the first Catholic women’s college, run by the Dominican Order, began to provide a university-level education for their students.

Other changes included improvements in the status of married women and gradual reform in voting rights, enabling women to become Poor Law Guardians and to stand for local government. By 1911 only the parliamentary vote was withheld. At the same time a younger generation was growing up, impatient with the slow pace of change and ready to embrace a whole host of new ideas: feminism, socialism, cultural nationalism. Literary societies blossomed, journals and newspapers sprang up and disappeared, while small theatres provided venues for plays beginning to redefine notions of Irish identity during this ‘glorious Copper Age of Ireland’, when cheap seats guaranteed audiences. Suffrage organisations had been formed in Belfast by Isabella Tod in 1871, and in Dublin in 1876 by Anna and Thomas Haslam. Nationalist women had been active in the Ladies’ Land League of 1881–2.

The new century would begin with the formation of the nationalist-feminist Inghinidhe na hÉireann (Daughters of Ireland), to be followed by numer- ous suffrage groups, most notably, in 1908, by the militant Irish Women’s Franchise League, in which three of the four Sheehy sisters were involved.

The Sheehy sisters – Hanna, Margaret, Mary and Kathleen – were powerful characters from a formidable lineage, but with very different personalities (see picture section). R.M. Fox, who knew Hanna well, when writing of her in Rebel Irishwomen, praised the Sheehy Skeffington commitment to ‘national freedom, internationalism, anti-militarism, feminism’ and the bravery of Hanna’s continued commitment to these ‘ideas of light’ in the years fol- lowing the formation of the Free State.

He also paid tribute to Mary and Kathleen: ‘Mrs Cruise O’Brien and Mrs Kettle have each in their own way made distinctive contributions. The first was known as an exceptionally good Irish teacher and the author of admirable textbooks on Irish. The other was a member of the Dublin Corporation and was Chairman for some years of Rathmines Town Council’

Three out of the four Sheehy sisters would attend university. They were a tiny minority: in 1911 there were still only 280 female students in Ireland, compared with over 3,000 males. Their mother, Elizabeth (Bessie), valued education, and her influence was an important factor in the development of her daughters’ lives. Bessie was the fourth of six children. It was said that she and her older sister Catherine (Kate) were sent to convent boarding school in Limerick rather than being kept at home to help with domestic chores.

Their widowed mother, Margaret McCoy, ran two or three farms with the help of her older sons. Bessie was a strong-minded woman, intelligent and ambitious, who ‘had the fighter in her too’, as Hanna recalled with pride. When her brothers Dan and Pat were arrested as Fenians, and lodged in Mountjoy jail, Bessie defied the hostility of the local priest, managing to obtain the keys to the parish church, where she led the evening rosary ‘to a packed congregation’.

Her sister Kate was also strongly political; she was a member of the Ladies’ Land League in the 1880s and later, as a widow, was proprietor of Barry’s Hotel, which was close to the Sheehy home in north Dublin. She was also a supporter of the suffrage cause, providing inestimable support, emotional and financial, to her goddaughter Hanna.

Make sure you check back in later this week for a further insight into the life, times and writing processes of Siobhán Fitzpatrick and Mary O’Dowd with our Author’s Bookshelf interview…

Author’s Bookshelf: Niamh Ennis on creating the book she needed most when life was at its toughest