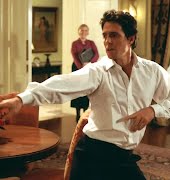 Yes, you read that correctly: the stars of the eternally beloved Christmas classic Love Actually are reuniting for a 20th anniversary special — and it just so happens to be airing next week.

US network ABC have officially announced that The Laughter & Secrets of Love Actually: 20 Years Later will be appearing on our screens sooner than we had anticipated.

Released way back in 2003, Love Actually carved out a special place in the hearts of many. This romantic comedy is fuelled with festivity, and brought us some iconic moments like Hugh Grant bopping around 10 Downing Street to The Pointer Sisters’ Jump, and some soul crushing shots like Emma Thompson stifling a sob and straightening up a duvet set against Both Sides Now by Joni Mitchell.

The definition of an all-star cast, Love Actually gave a balanced depiction of the love and heartbreak felt by all of its characters. From a widowed Liam Neeson watching his son (Thomas Brodie-Sangster) fall in love for the first time to Colin Firth learning an entire language to win the heart of his beloved, they somehow manage to see every storyline through to a satisfying ending.

In more recent times, TikTok has brought about a resurgence in awareness of the lasting Love Actually in the form of trending audios to Hugh Grant’s iconic monologue that includes the line: “If you look for it, I got a sneaky feeling that love actually is, all around.” There have also been many recreations of the melancholic cue card scene, and a number impersonations of Rowan Atkinson elaborately wrapping up a hastily purchased Christmas present.

So, you can imagine the universal gasp of excitement that echoed around the world when news dropped that a reunion was on the cards. Taking the form of a one-hour Diane Sawyer special, The Laughter & Secrets of Love Actually: 20 Years Later is set to air on ABC on Tuesday, 29 November before it becomes available to stream on Hulu.

Taking a look back at how this film became not just a beloved Christmas tradition, but a global sensation, the special will feature exclusive interviews with Hugh Grant, Emma Thompson, Bill Nighy, Laura Linney and Thomas Brodie-Sangster, as well as a special appearance from writer and director Richard Curtis.

Offering new insight into behind-the-scenes secrets and some of the film’s most famous scenes, the reunion will also examine the myriad ways in which the Covid-19 pandemic ‘refocused the ways we love and connect’.

In the teaser trailer for this highly anticipated television event, Curtis tells Sawyer, “I do think that the way to think about life is that every day has the potential just to be gorgeous.” I, for one, am ready to laugh, cry, and instantly re-watch Love Actually for the seven hundredth time.

This Kinsale home with floor-to-ceiling windows and sea views is on the market for €1.25 million

Karol and Gina Daly of The Daly Dish on no notions grub, culinary inspirations, and food’s ability to bring us together