Ready to freeze in half an hour: Try this apple crumble ice cream

Apple crumble is so good, why not try it as an ice cream flavour too?

This luxuriously creamy version of apple crumble combined with the crunchy crumble topping just hits the spot when you’re in need of an ice cream fix. You may find that the apple results in it coming out of the freezer very hard, so take it out and let it stand for 10 minutes before scooping. All the better for building anticipation while you wait.

For the ice cream

1  First make the ice cream. Put the milk, cream and vanilla pod in a saucepan over a medium heat and bring just to the boil.

2  Whisk the egg yolks in a bowl, then gradually add the caster sugar, whisking until smooth and pale. Gradually stir in the hot milk, whisking constantly. Transfer everything to the pan and, stirring constantly, gently heat until the mixture thickens like a custard. Remove from the heat and leave to cool. Cover the top of the ice cream with cling film, to avoid a skin forming; and then chill in the refrigerator overnight.

4  Put the flour, butter, rolled oats and sugar in a bowl and rub between your fingertips until you get a breadcrumb-like texture. Add the nuts and a pinch of cinnamon and mix in well. Spread in a roasting pan.

5  Bake in the oven for 15 minutes until toasted and crunchy, stirring midway through to avoid it burning. Set aside to cool.

6  Prepare the apples by heating the butter and granulated sugar in a saucepan. Add the chopped apple and gently stew until the apple is cooked, but doesn’t start to break down too much. You want nice firm chunks of stewed apple, not a sauce. You might need to add 1-2 tbsp of water if it begins to stick. Set aside to cool completely before moving on to the next step.

7  Remove the mixture from the refrigerator and churn in an ice-cream maker until almost firm. Then gently fold in the apple mixture along with most of the crumble mix; leave some aside to serve. Churn gently until combined. Transfer to a freezer-proof container and freeze until ready to serve. Serve with a sprinkling of the crumble mix. 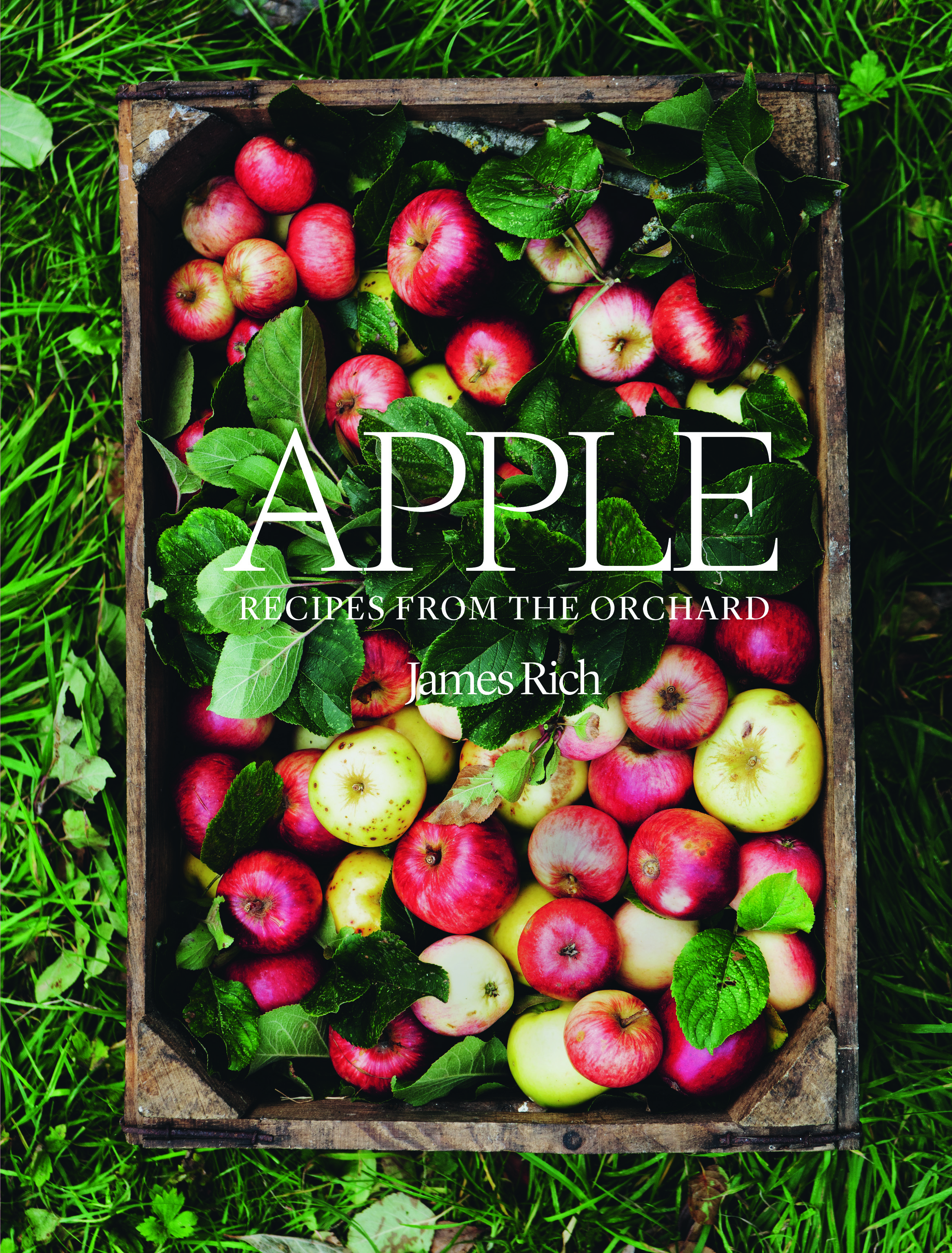