Wanting to place an emphasis on the incredible views of this Kerry bungalow over Kenmare Bay, both architect and owner had to sing in harmony on the brief.

Architect Jane Foley credits a true meeting of minds that led to the reinvention of this typical Irish bungalow.

Both architect and client sang in harmony on a brief that asked to open up the space and prioritise the views of Kenmare Bay, by focusing the interior outwards.

To begin with, the Kerry bungalow was typical of the many houses that dot the Irish countryside, as designed by Jack Fitzsimons and published in his book Bungalow Bliss.

Although well-ventilated and generous in terms of space, it had more rooms than the client needed and was not designed with open-plan living in mind.

To create a home better suited for contemporary living, Jane felt internal demolition was necessary. “I always look at the existing spaces and how they work best, rather than immediately looking at extending. It is easier to add a bedroom to the side of a dwelling if ever needed.”


Fundamentally, the living spaces needed to be larger, and the client gave priority to get rid of a bedroom to make room for a gathering place for the family.

Post-transformation, the house is an airy space fitted with Italian lighting and oak furnishings, with white reflective marble used to bounce light. 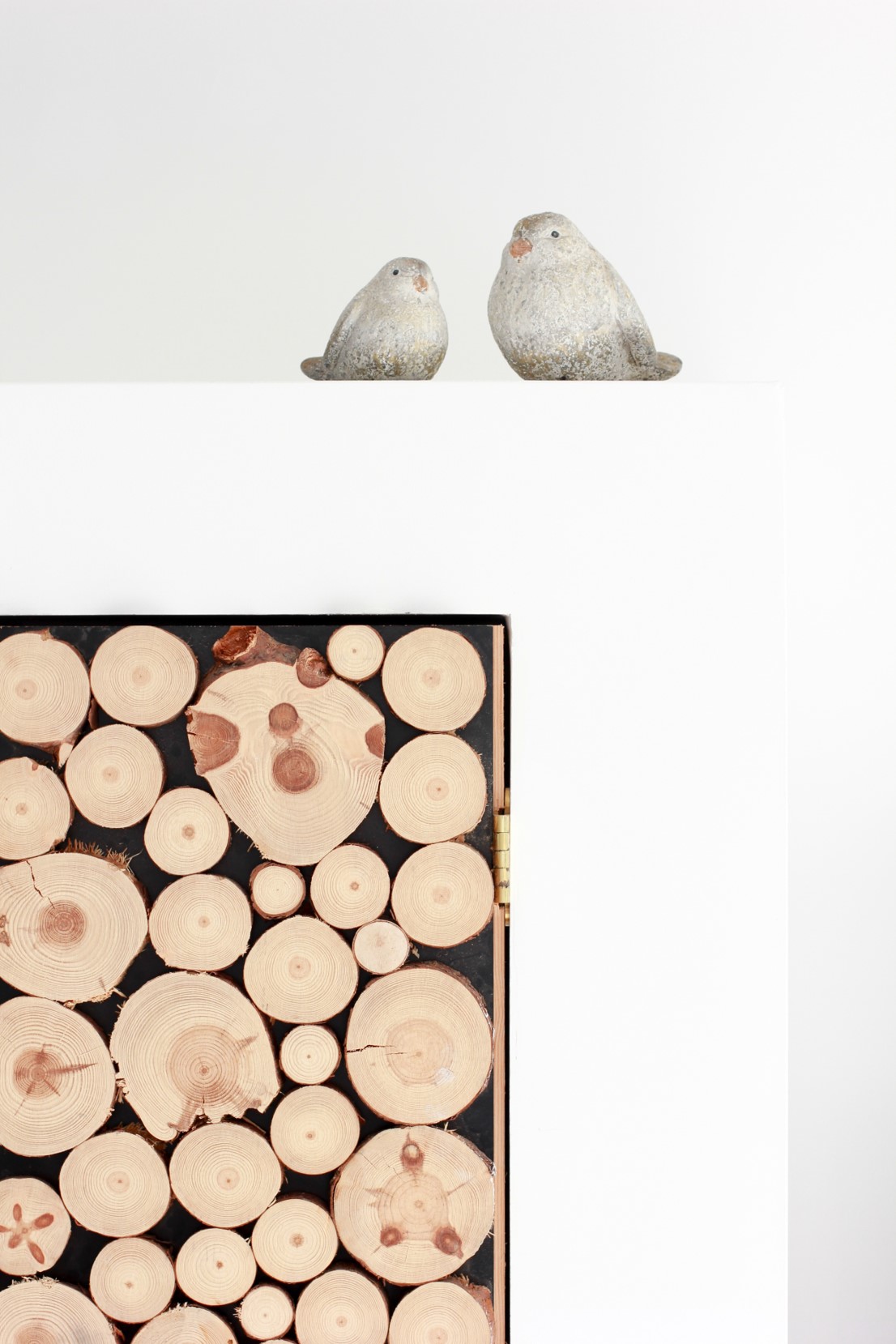 As Jane explains, “The project ideals were to renew the fabric of the house and to create a comfortable, bright and contemporary home for the family’s future use.

“The clients’ clear vision extended also into the treatment of the interiors and furniture selection. This clarity is rare as it requires trust and a stepping back, but it also enhances a project and makes it a pleasure to work on for all.” 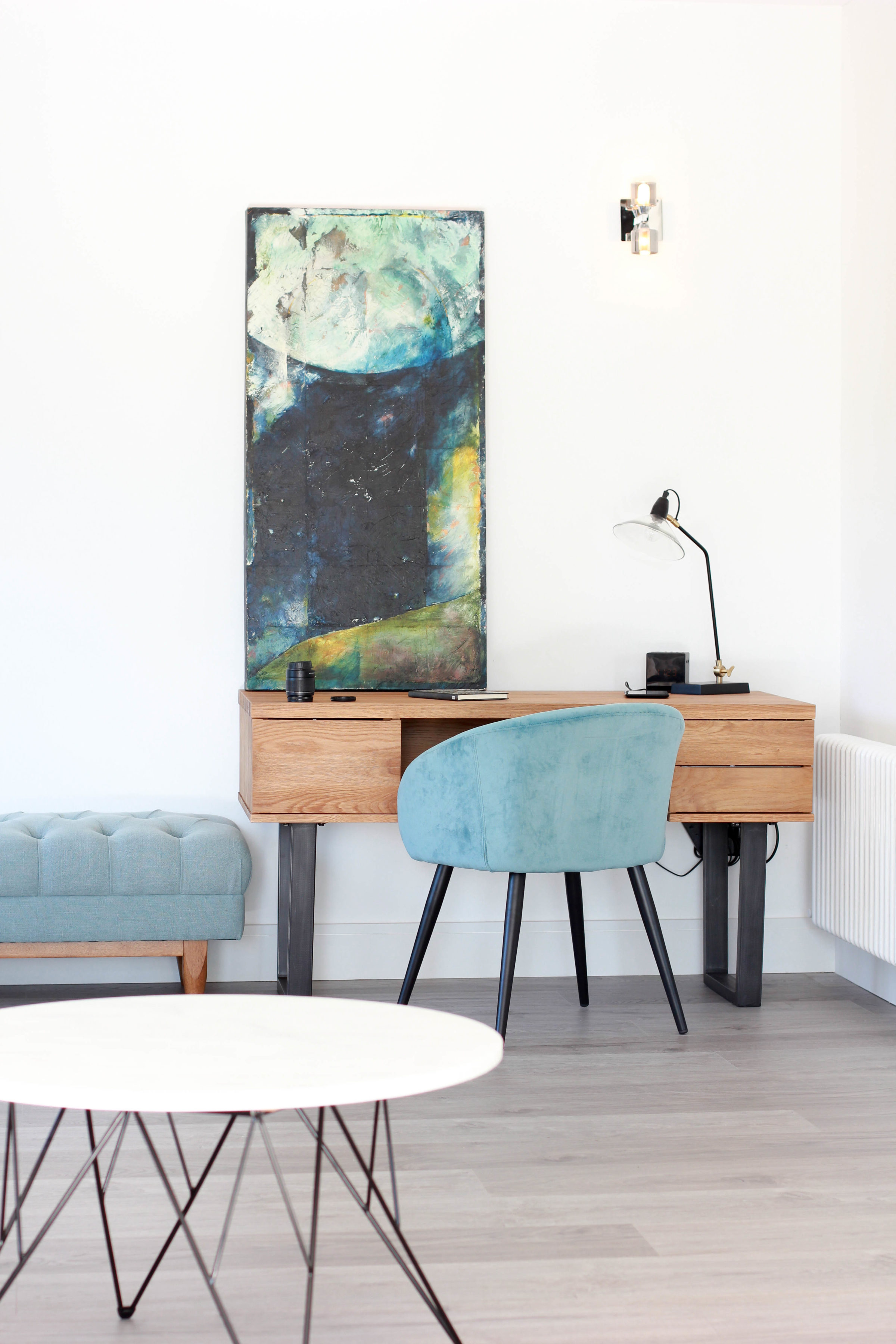 The raw materials used in the interiors were chosen to reflect the rugged beauty of Kerry. “Tables and desks formed out of metal and chunky solid oak add warmth, and contrast to the principally white interiors,” says Jane. “While exposed concrete and stone were used in the bathrooms.”

By reducing the number of bedrooms from four down to three, Jane not only gave more space to a gathering area, but by incorporating the original front bedroom, an enviable dual aspect into the open plan kitchen and dining area was created.

“This decision was made based on the importance placed on the kitchen as a core family space, sharing the traditional Irish view of the kitchen being the heart of the home.” 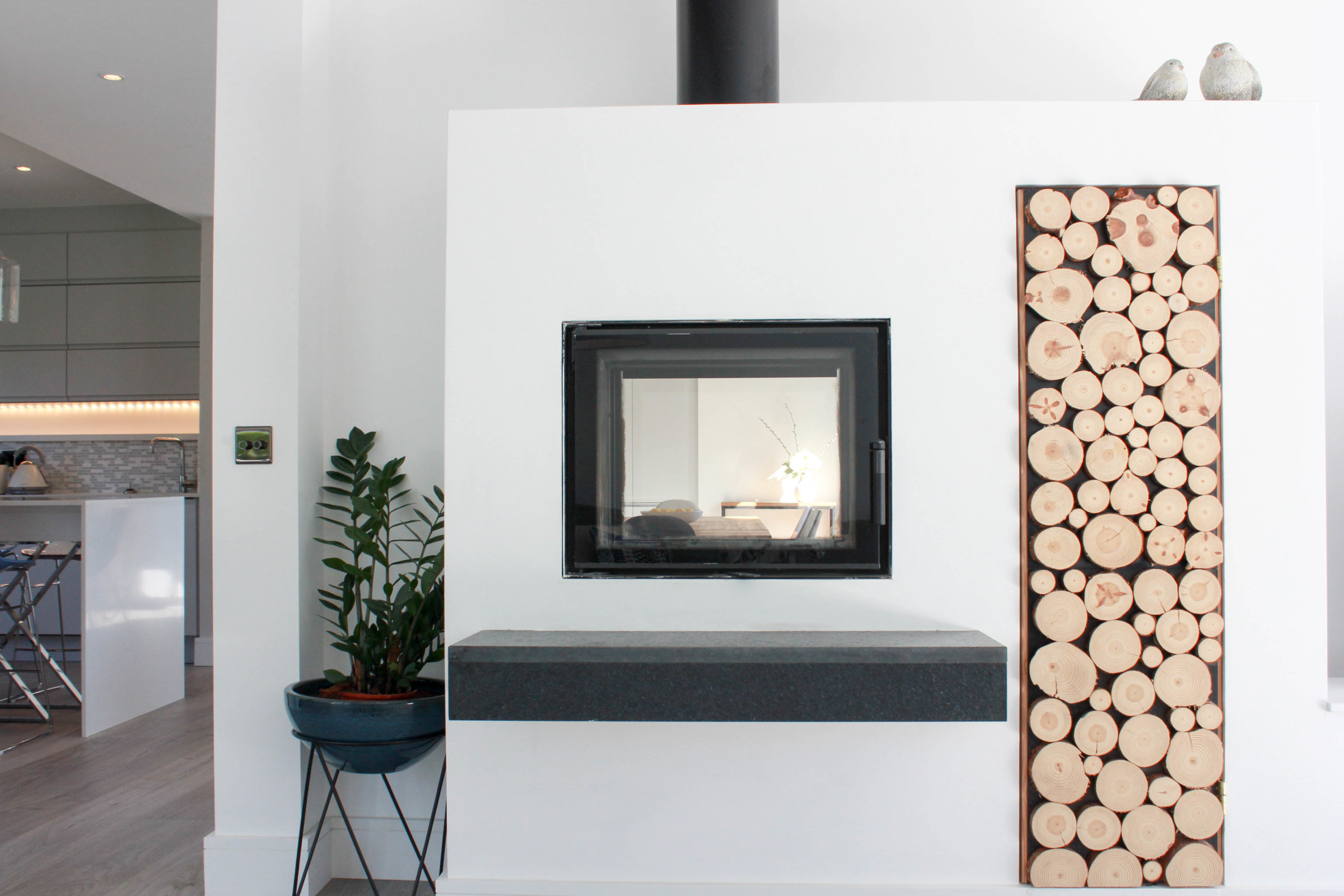 The original kitchen was directed towards the rear garden. Its location remained, but Jane relocated the working area of the kitchen to run along both side walls.


“The principal element being the generous central island, which afforded views towards Kenmare Bay. We extended wall units to the ceiling to achieve maximum efficiency and function, and this resulted in the island being free of function other than to enjoy it.”

And instead of the linear arrangement of seating along one side of the island, they created a more conversational arrangement of two opposite two, while a trio of clear glass Italian pendant lights give emphasis to the island’s bistro inspirations.

Above the dining table, led ribbon lights highlight the exposed steel in a way that is elegant, rather than industrial. 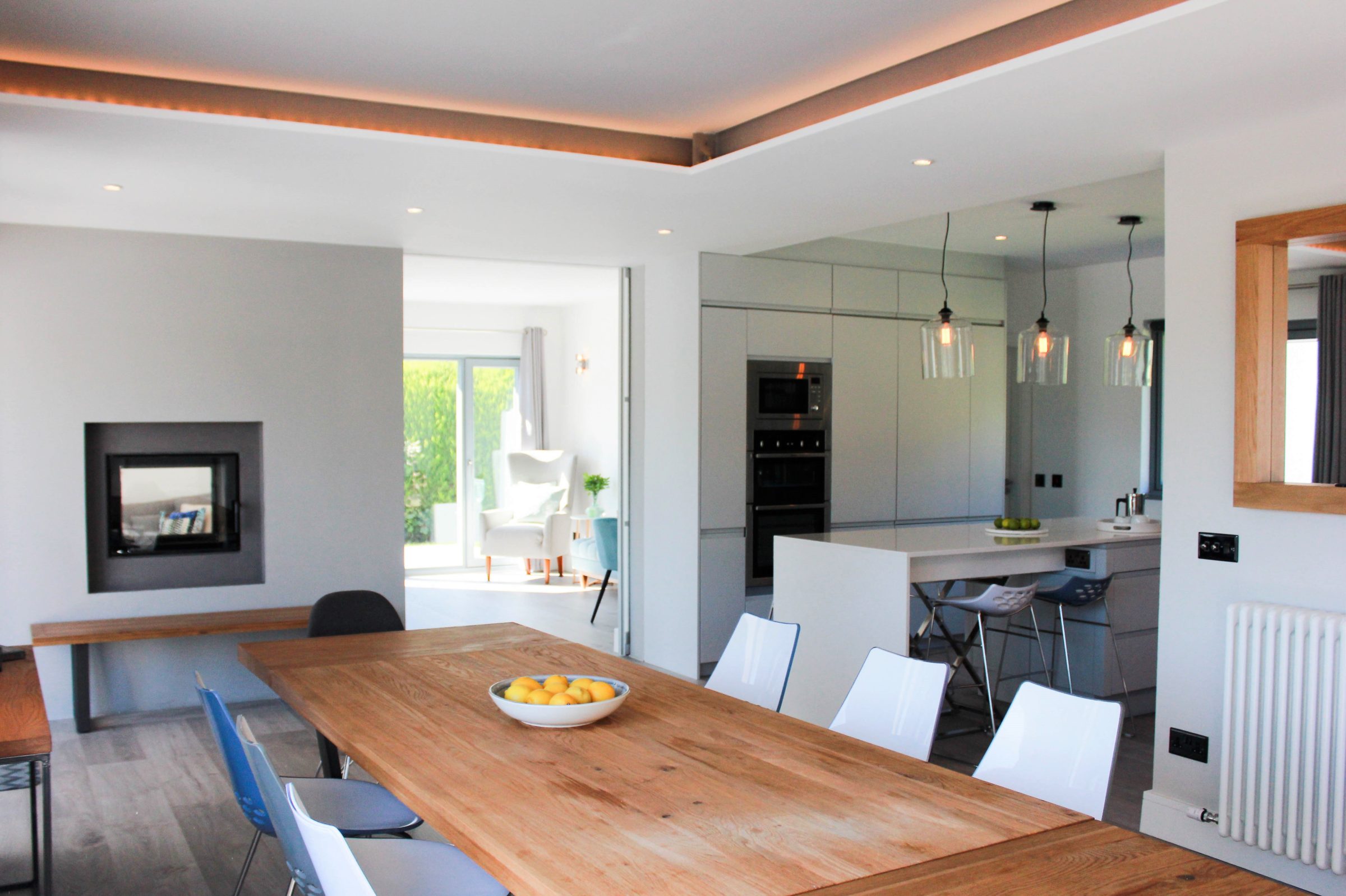 In the lounge area, the prime design intervention was the relocation of the fireplace. Jane stresses this as key. “Previously the fireplace was on the opposite wall dictating that the principal seating area directed you away from the magnificent views.

“The relocation of the stove between the dining and the living allowed the use of a double-sided stove and meant the fire could be enjoyed simultaneously while dining or sitting. A large frosted sliding glass door was used again to allow an open-plan when desired.” 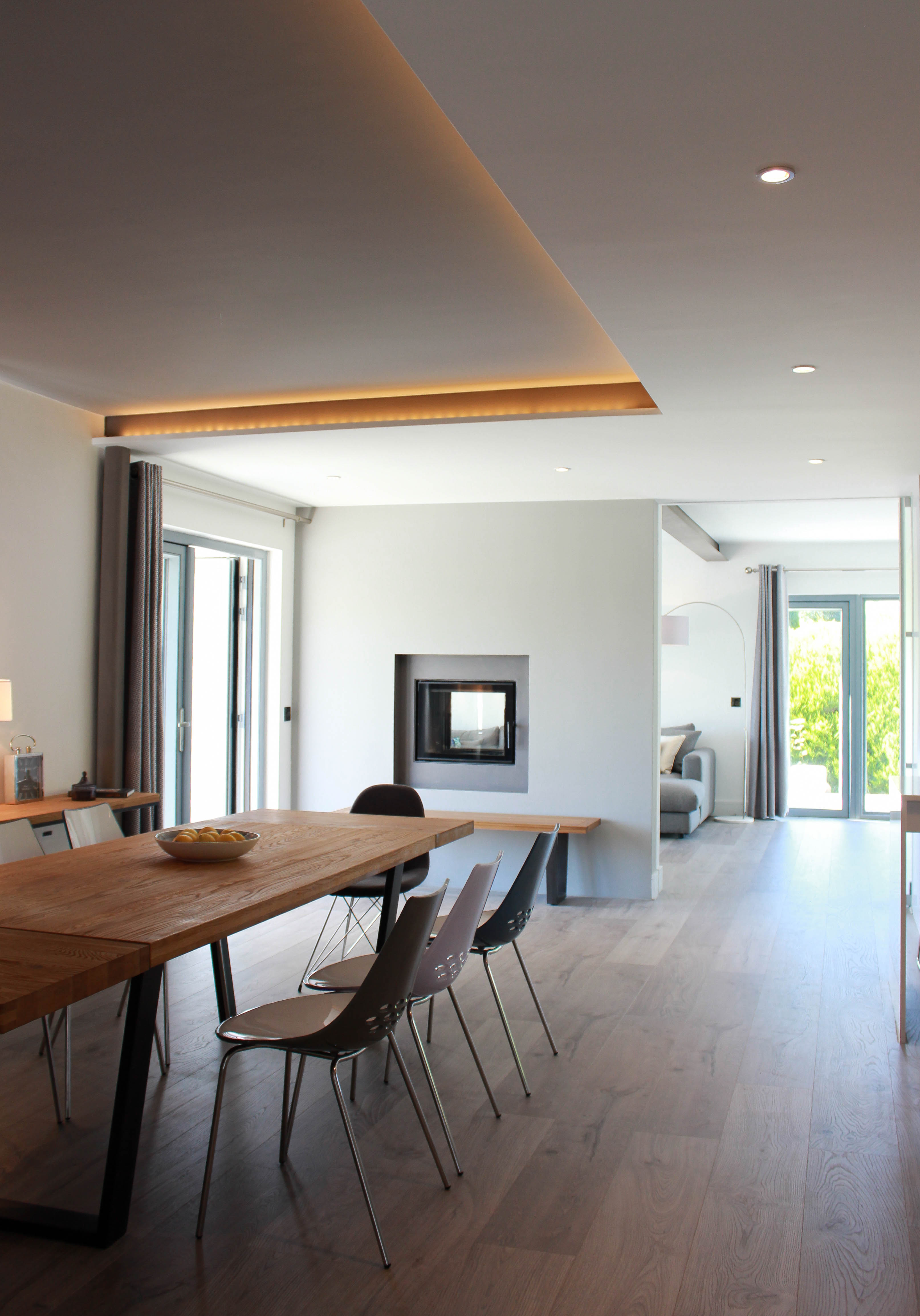 Outside, originally the garden was cut off from the front of this home due to a significant level difference between the interior and the lawn.

Jane’s solution was to bank up the ground and create a terrace level with the interiors, allowing the living room to extend outwards. Thankfully, the terrace was completed by, and enjoyed during the great summer of 2018. 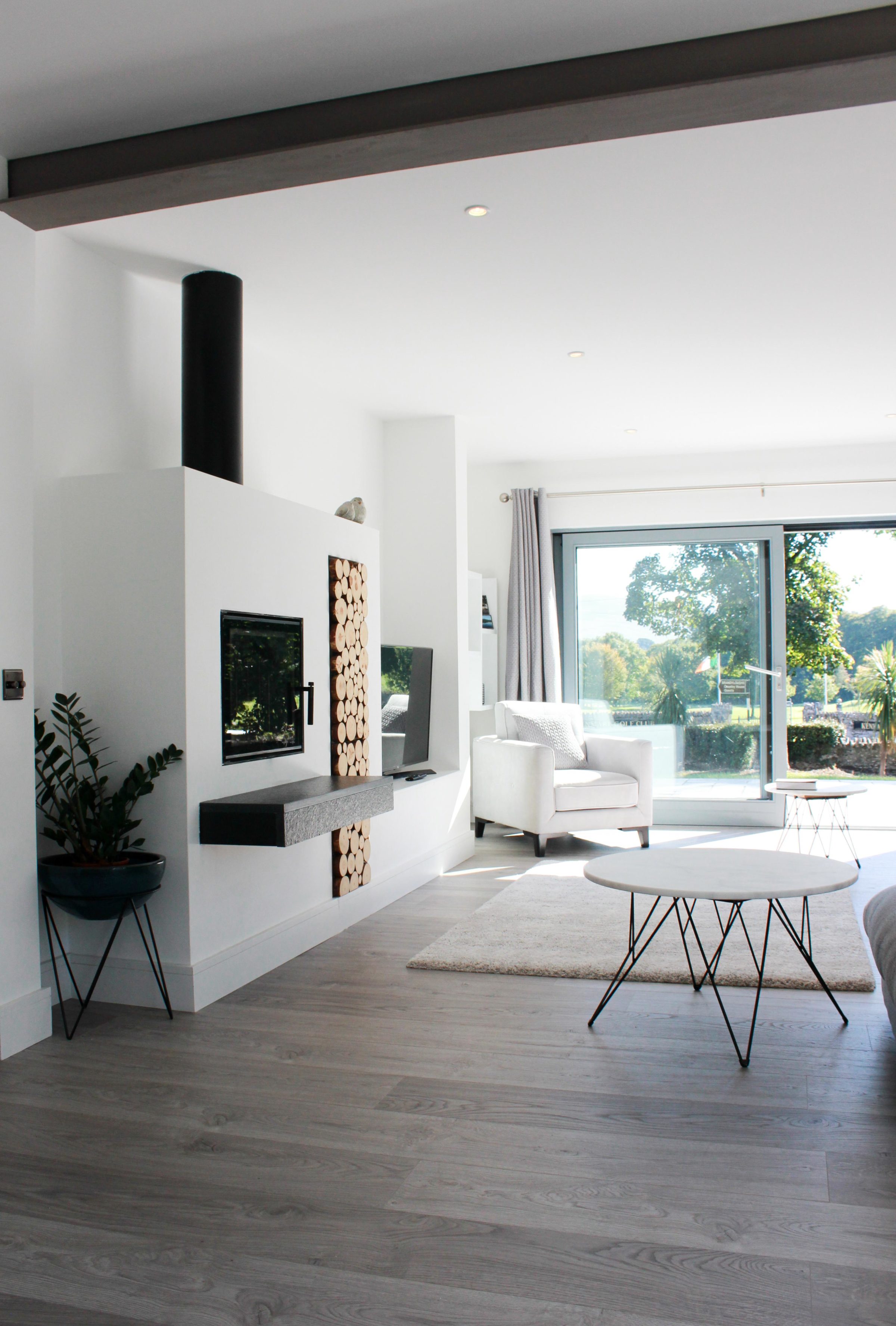 The reorientation of the house outwards was one of the primary objectives of the renovation and one Jane is thrilled with. Too often rooms are designed with the furniture facing away from a good view.

“The worst offenders are radiators dictating a room layout,” she laughs. However, as a result of trust, great partnership and vision, this Kerry home caters for contemporary family living, and plays to the building’s best strength: its incredible views.

Dulux have announced their colour of the year for 2023, here’s how to use it in your home