Where to Eat, Drink, Sleep & Make Merry In New York This Holiday Season

Not content with ‘merely? conquering Hollywood and South Beach, The Redbury made its successful east coast debut this August. In guest rooms, red feature walls and Bluetooth gramophone speakers make for a pleasing contemporary vintage vibe, while the bar and restaurant is winningly convivial of an evening. (29 East 29th Street, +1 212 689 1900; theredbury.com/newyork). 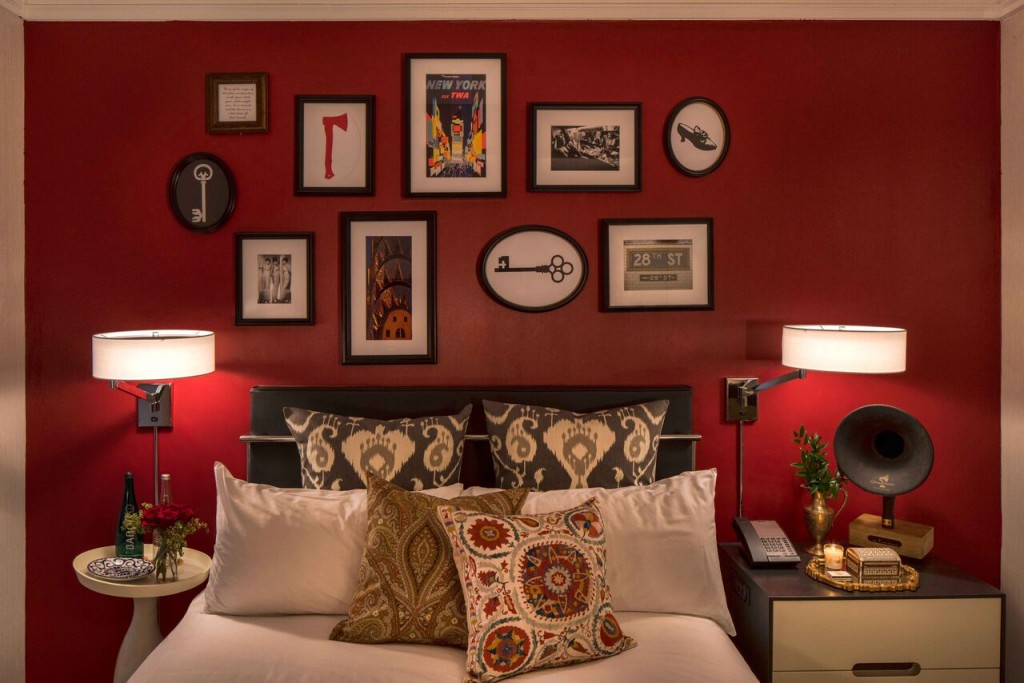 From the outside, The Roxy resembles an old movie theatre – a fitting first impression when you discover a film screening room and jazz club inside. Its on-trend interiors – guest rooms a mash-up of Art Deco and 1970s elements – are bang on the zeitgeist, while the multi-storey atrium is head-spinningly handsome. No wonder filmmakers, photographers, artists and musicians all known to chill and network here. (2 Sixth Avenue, +1 212 519 6600; roxyhotelnyc.com) 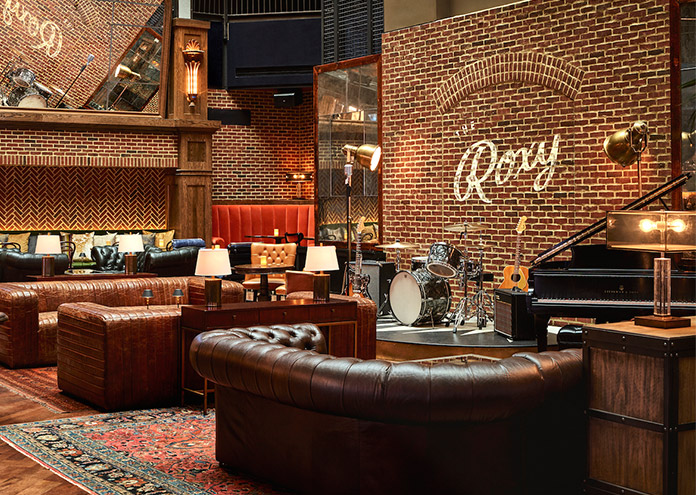 A short walk away from the 911 Memorial and World Trade Center Oculus, the gleamingly new Four Seasons Downtown made its glamorous entrance into the commercial district in September. At once grand and understated, classic and high-tech (in-room dining can be ordered on a tablet), it’s a true haven. Perhaps its best USP, though, is the grand 23-metre lap pool on the third floor – and possibly the world’s comfiest spa treatment beds. (27 Barclay Street, +1 646 880 1999; fourseasons.com) 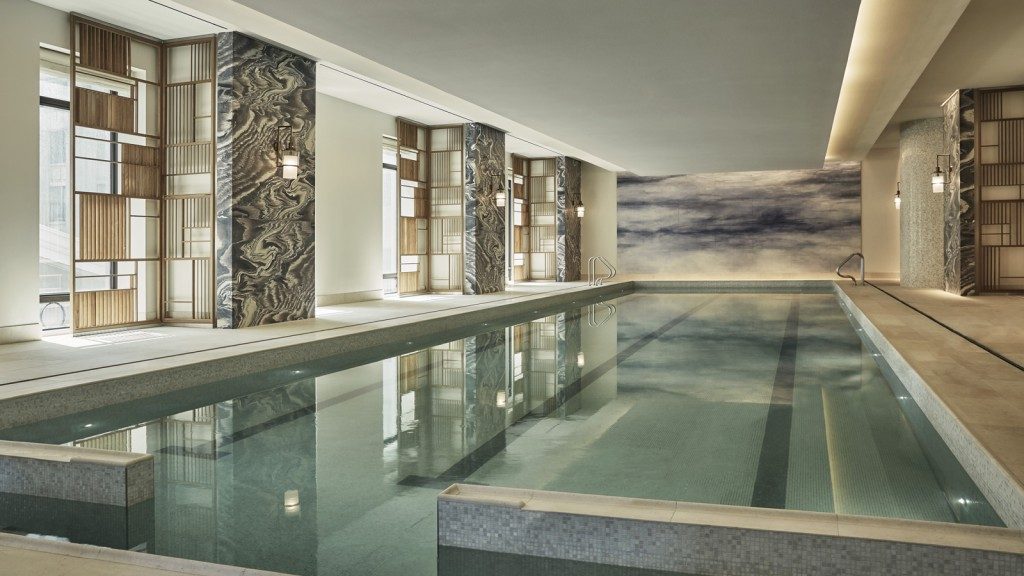 For a night to remember (or forget, depending on how many cocktails you have…), head to The Back Room, which is one of New York’s last original speakeasy bars. Indicated by a ‘secret? sign that reads ?Lower East Side Toy Co?, this former haunt of genuine mobsters and their molls during the Roaring Twenties is still serving liquor out of crockery and brown paper bags, against a backdrop of plush red chairs, repro paintings and chandeliers. The vibe is relaxed, the music bygone, the jazz live and the social aspect fun – don’t be surprised to be asked up to dance. (102 Norfolk Street, +1 212 228 5098; backroomnyc.com) 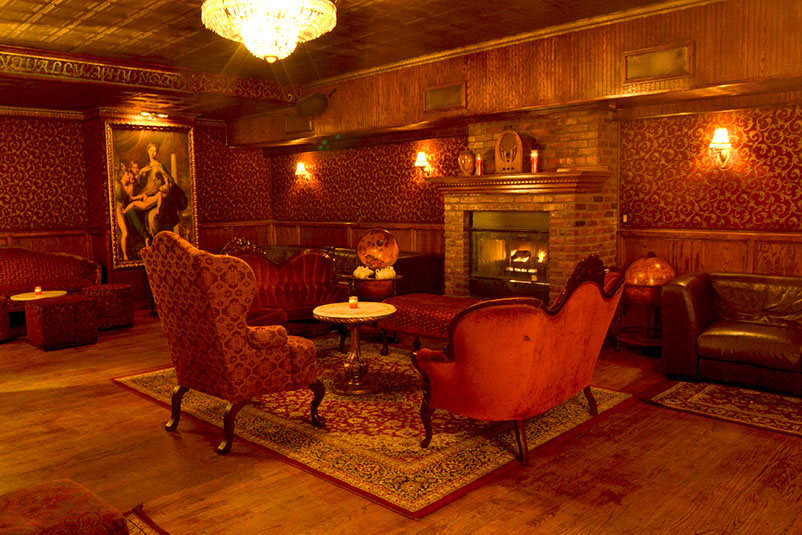 ?What are pasties …?? asked my boyfriend, when a cute brunette arrived at our tables selling burlesque accoutrements at Duane Park in the Bowery. He definitely knew by the end of the show, after a small but perfectly formed troupe of dancers shook their tail feathers and then some. The – la carte menu is equally tasty. (308 Bowery, +1 212 732 5555; duaneparknyc.com) 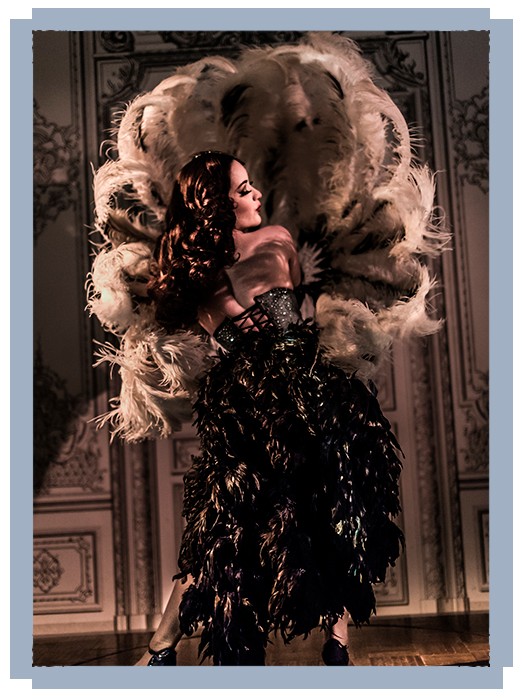 Oh, if walls could talk at 21 Club … Once upon a time, this bar and restaurant near Rockefeller Plaza was a Prohibition-era speakeasy before attracting superstars: since opening in 1930, every American president has dined there since. It also played host to the Golden Age glitterati – ask for table 30, aka ?Bogey’s Corner?, where Humphrey Bogart proposed to Lauren Bacall. The club has appeared on screen countless times, including in All About Eve, Sex and the City and Wall Street, its ceiling festooned with toys donated by A-listers. The food is as excellent as the staff are charming, and the atmosphere is surprisingly snoot-free. 21club.com

Sinatra, Capote, Dietrich, Monroe and several American presidents have all crossed the threshold of the storied Plaza Hotel during its 110-year reign, so where better to raise a festive toast than in its ornamental Palm Court? Think posh scones, dainty sambos, gut-busting desserts, delicate teas served in an opulent, leafy room fit for a Vanderbilt. (768 Fifth Avenue, +1 212 759 3000; theplazany.com) 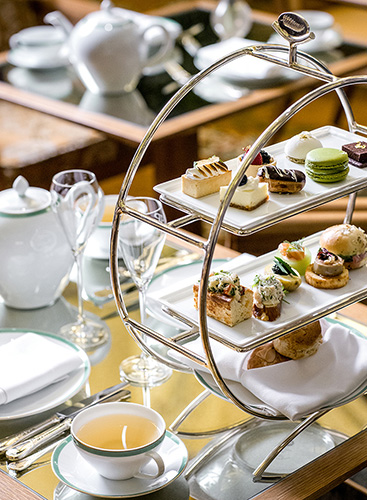 Easily the least formal Michelin star-winning restaurant this writer has ever had the pleasure to dine in, Nolita’s Uncle Boons serves authentic Thai flavours by the friendliest of staff. Advance booking is advised since customers regularly queue out the door. Don’t miss mee krob, a sweetbread and crispy noodle salad with dried shrimp, peanuts, egg and tamarind sauce, and plaa yang, a whole charcoal-roasted dorade with charred leeks. (7 Spring Street, +1 646 370 6650; uncleboons.com) 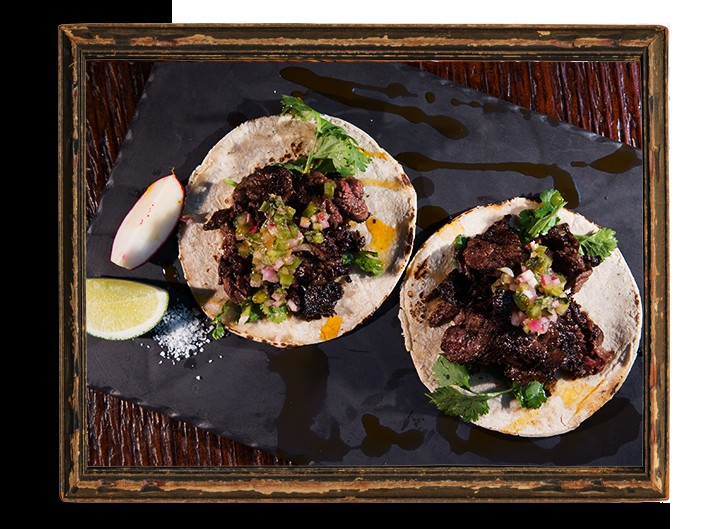 Stargazing: 5 of the best bubble dome hotels to stay in across the world

The IMAGE guide to staying chic on the slopes

IMAGE Travel: Where To Take An Autumn Mini-Break