Fly and drive yourself to Melanie Mullan’s sweet spots for the perfect holiday, from bucolic villages to secret seaside towns.

Fill up the tank and head north from Los Angeles airport to the easy-going coastal city of Ventura, en route to Santa Barbara. Take to its glistening waters with a surfboard or kayak, or make like a landlubber by pounding the pretty pier. Ventura has a strong artistic community, with many an open studio programme throughout the year, including at the well-attended Bells Art Factory. Also worth checking out: fish tacos at Spencer Makenzie’s, great coffee at Stoked and sharing nibbles at Paradise Pantry. 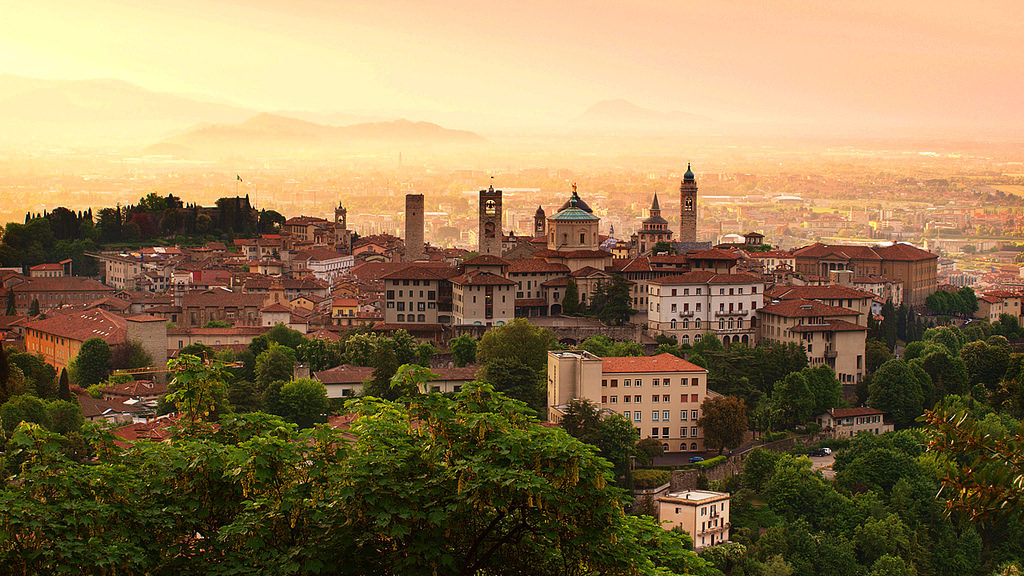 The view while flying into Milan airport is worth the trip alone, with snow-capped Alps and lakes aplenty. A mere 56 kilometres from Milan’s Linate airport – and just under 100 kilometres from Malpensa – lies the riverside city of Bergamo. The Old Town is celebrated for its ancient Venetian city walls and also its art, where a huge number of Renaissance pieces can be found in The Galleria dell’Accademia Carrara. And dining wise, embrace tradition and local dishes at Da Mimmo where the fish comes fresh from the market. 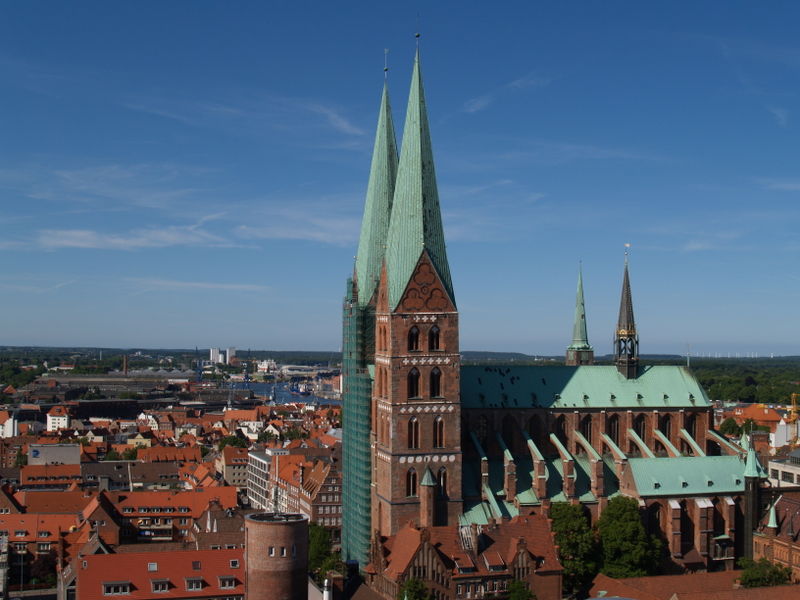 A 45-minute train ride north of Hamburg, the city of Lübeck feels like a Medieval time capsule. What was once a city for merchant trade became a casualty in World War II, when an attack created a fire that destroyed 20 per cent of the city. Since then, the city’s Gothic architecture has been carefully restored and preserved, including the Lubeck Cathedral, leading to it being named a Unesco World Heritage site in 1987. Experience more of the history with a stay at Hotel Anno 1216, where parts of the building date back 800 years and is just a short distance from the city’s old boundary-defining Holsten Gate. 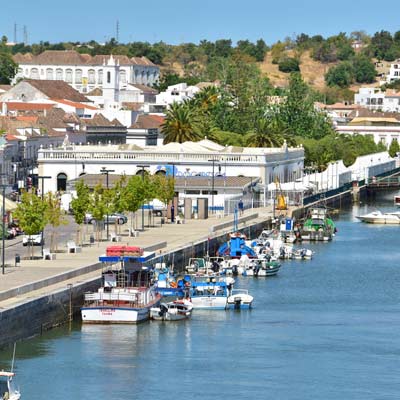 Thirty minutes east of the hugely popular and sometimes crowded resorts of the Algarve, Tavira o ers a true insight into the region. The town exudes a historic Arabic past, while the ruins of the Castelo de Tavira date back to 1755 – and now provide an eagle eye view of the area. For an authentic buzz, the best overnight spots are in guesthouses. Quaint Casa Beleza Do Sul townhouse has a shared terrace and rooftop patio, where you can enjoy a breakfast basket delivered to your individually themed room each morning. casabelezadosul.com 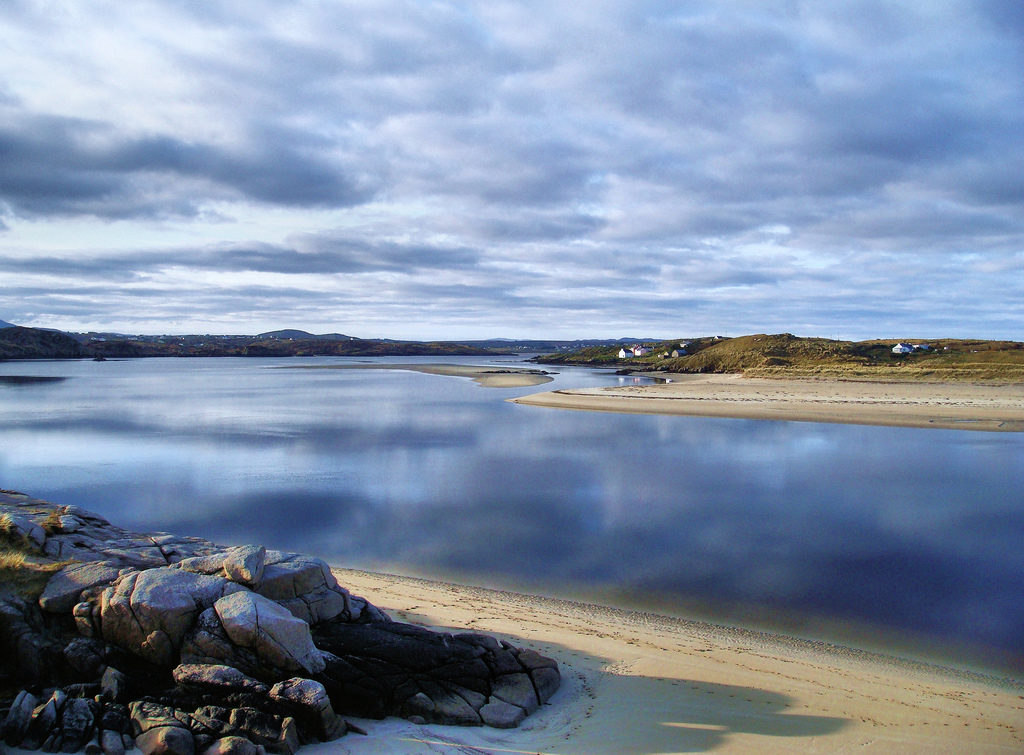 Raw and wild, Co Donegal boasts some of the most unspoilt landscapes in Ireland, from rugged coastline to barely touched countryside. Escape to the region of Gweedore – aka Gaoth Dobhair, to its Gaeltacht natives – located at the base of 6 the genuinely awesome Mount Errigal on the Wild Atlantic Way. Blow away the cobwebs with a hike around the hugely atmospheric Poison Glen and be sure to join a weekend trad sing-song session at Leo’s Tavern in Meenaleck village, where the likes of local heroes Enya, Clannad and Moya Brennan cut their teeth. 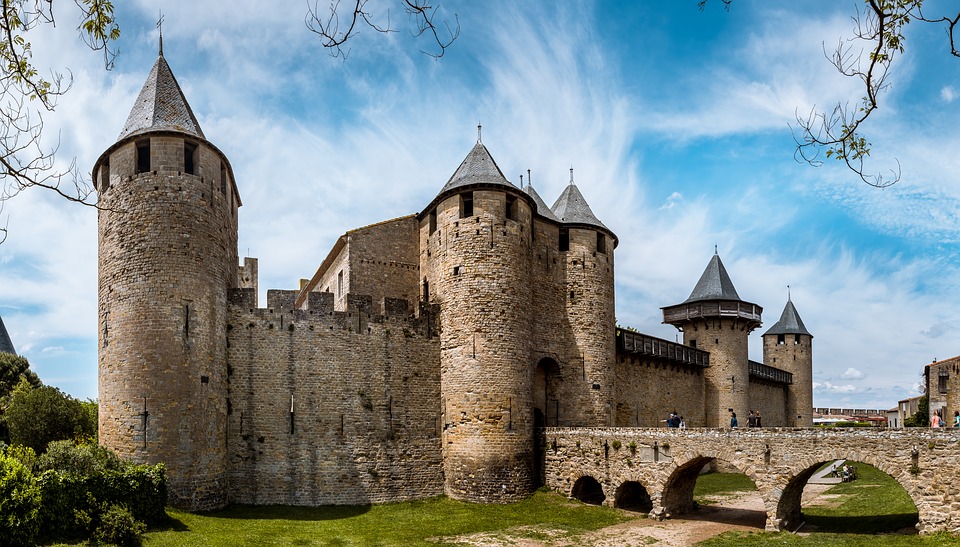 Think South of France, think the glitzy Cote d’Azur? In serene contrast is the handsomely fortified inland town of Carcassonne, surrounded by city walls, watchtowers, and views of the Pyrenees in the distance. Explore the new town with a chocolate and wine walking tour at Cocoa and Grapes, which includes trips to local producers’ shops and an opportunity to sample wine from the Languedoc-Roussillon region before returning to the Old Town. Dine fancy at the Michelin-starred La Barbacane, at the Magnifique Hotel De La Cite. 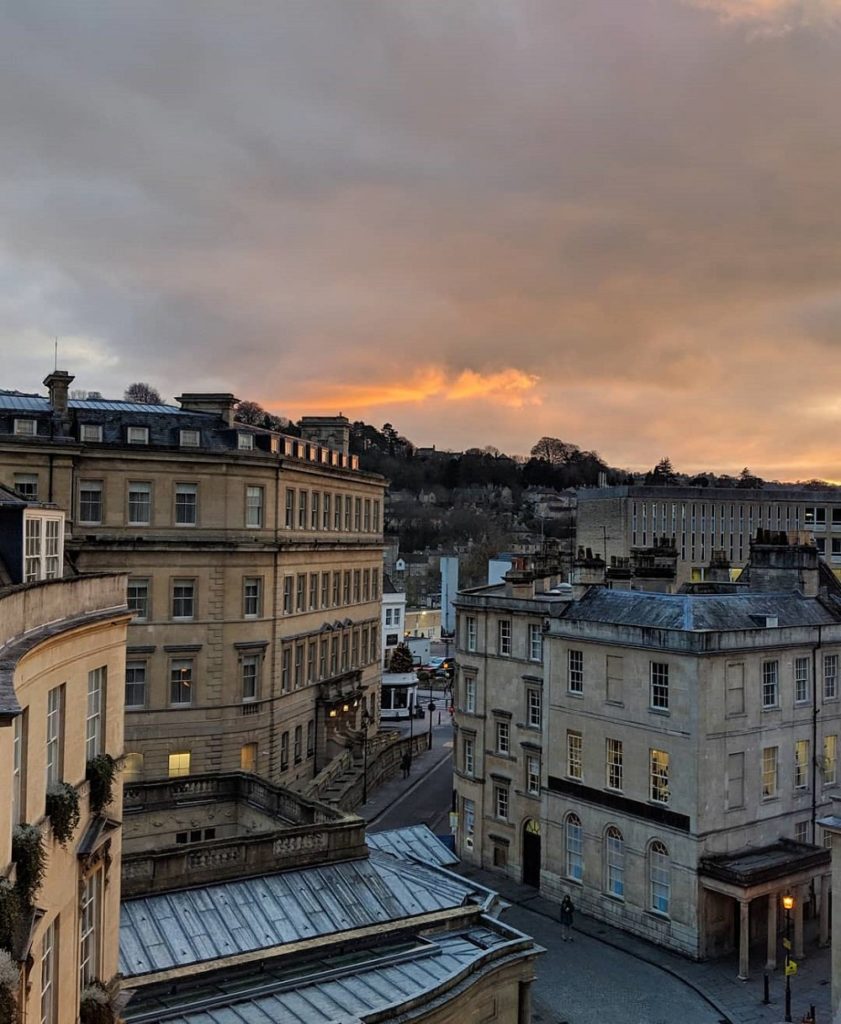 Less than an hour’s drive from the hip and creative city of Bristol, Bath offers a deep insight into British history with its elegant Georgian architecture, famous Roman Baths and naturally-hot spring water at the Thermae Bath Spa. After a cosy night’s slumber in the chic B&B Grays (graysbath.co.uk), stroll through centuries of style at the Fashion Museum or tickle your taste-buds with a gin-making tour at the Bath Gin Company, where you can create your own juniper- based liquor to take home. 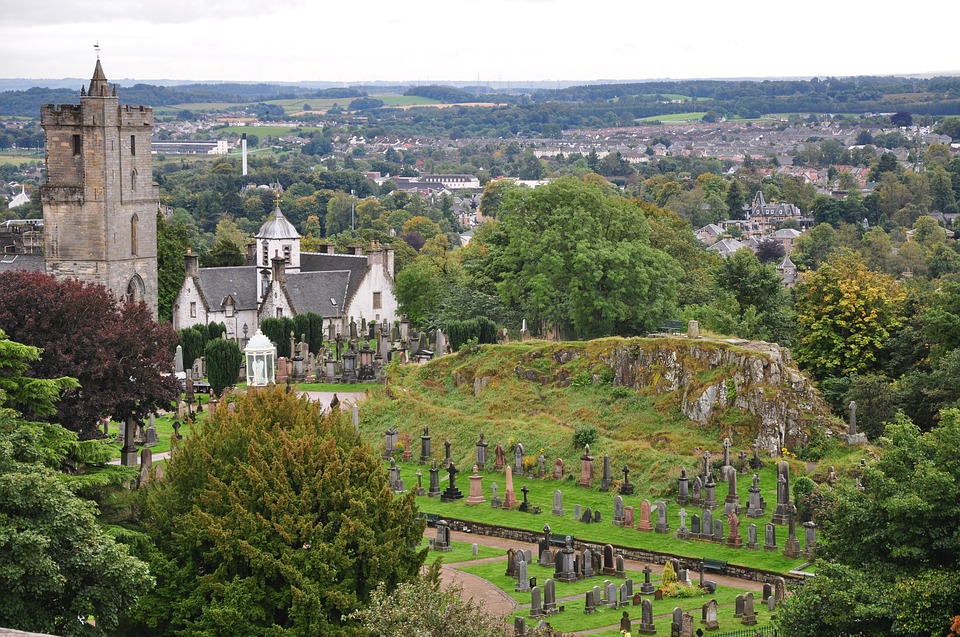 A 40-minute drive from both Edinburgh and Glasgow airports, the city of Stirling sits on ye olde volcanic rock. But the history doesn’t stop here, as it was also the backdrop for the Battle of Stirling Bridge in 1297, which was the first of William Wallace’s victories against the English. The National Wallace Monument, later built in his honour, is an excellent way to survey the majestic mountains. Drink it all in before feasting at The Birds and the Bees gastropub (thebirdsandthebees- stirling.com), where excellent food and service combine. 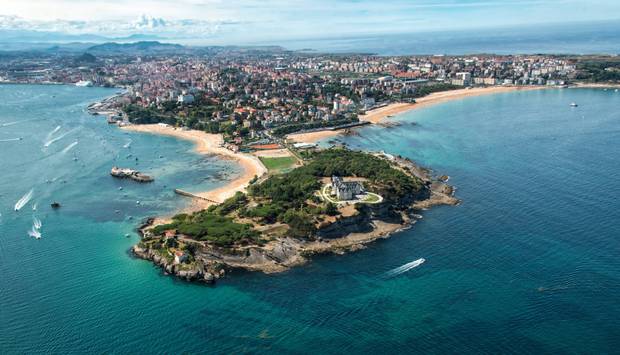 Drive northwest along the coast from Bilbao and you reach Santander, a city gaining in popularity for its urban beaches and culinary excellence. There are so many great tapas bars here to choose from, such as La Cania (Calle Joaquin Costa, +39 94 227 0491), where delicious pintxos are accompanied by purse-friendly wine and a buzzy atmosphere. It’s also within an easy, short stroll from Hotel Real, where, enveloped in quiet gardens and overlooking Sardinero beach, you’ll experience the sophisticated side of Santander. 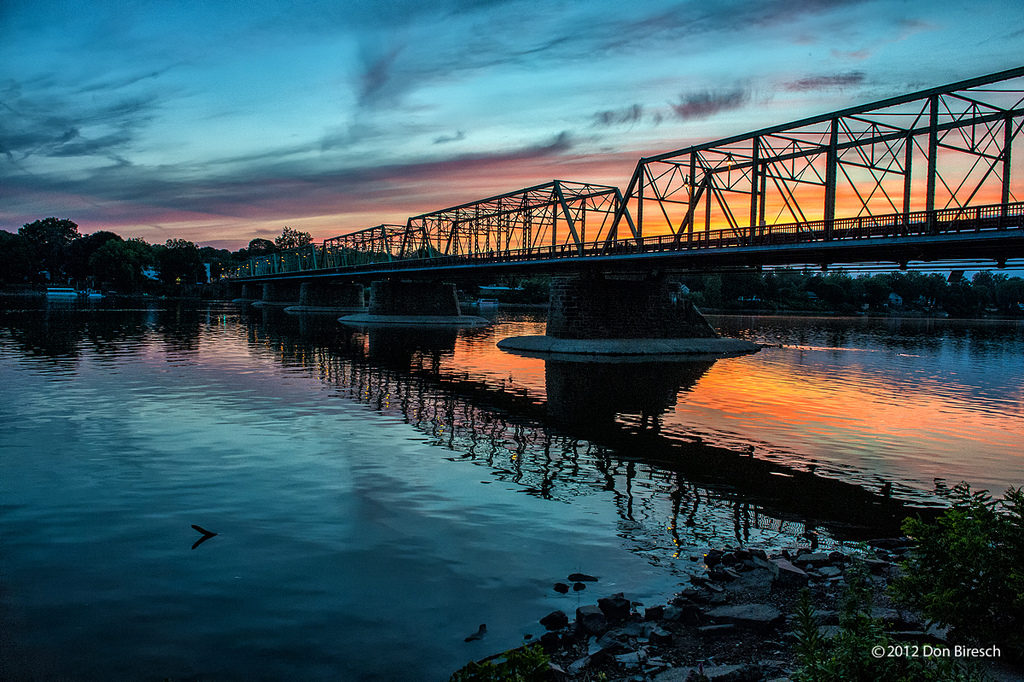 Drive north for an hour from Philadelphia, Aer Lingus’ newest destination for 2018, and you’ll find the scenic, waterside town of New Hope. A charming spot for families, it offers lantern-lined street tours, whose historic ghost stories are a fun way for all ages to see the sights Ghost Tours of New Hope. Kids can dig for treasure or design their own racetracks at the Bucks County Children’s Museum and there’s something for everyone to enjoy on the menu at Bowman’s Tavern, where live music is a regular accompaniment to the evening.

This article was originally published in CARA magazine, the in-flight publication of Aer Lingus. aerlingus.com