Irish mother Ciara Brennan and her teenage daughter Shaena tell IMAGE.ie why they decided to go vegan, and how their lives have changed since then

Irish people have come a long way from the traditional dinner of ‘one meat and two veg’. According to a lifestyle study by Bord Bia, 4.1% of the population (or 146,426 adults) are now dietary vegans (with many more making conscious efforts to reduce their intake of meat products).

Dublin-native Ciara Brennan and her teenage daughter Shaena are two such people. Now living in Co Limerick, the mother-daughter duo chose to become vegan in 2016 for ethical reasons. Plus, with a passion for cooking, they decided there was no reason why they couldn’t lead a healthy lifestyle with plant-based foods. When Ciara had to undergo treatment for breast cancer that same year, the pair became even more determined to make healthy, vegan choices.

Not only have they eliminated all animal products from their diet (including milk, cheese and eggs), but they also avoid cosmetics and toiletries that have been tested on animals. Here they tell IMAGE.ie about the process of going vegan and how it has changed their lives. 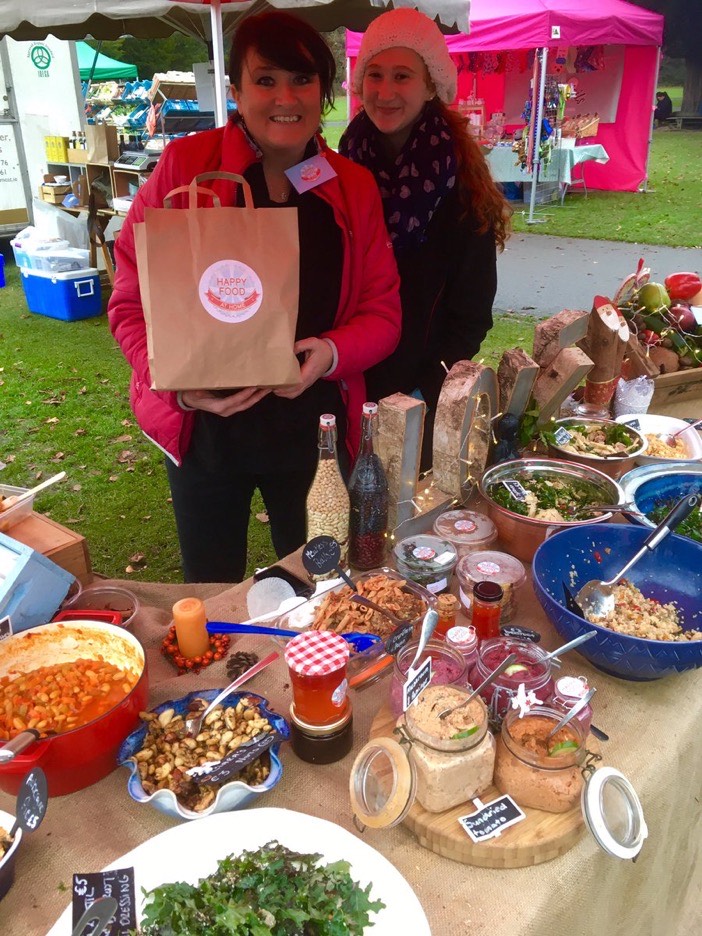 “I have been vegetarian all my life,” Ciara says. “My mum reckons it’s because I saw a dead pheasant on the dinner table when I was very small. Since then, anything that resembled meat on my plate ended up on the floor or in the dog’s mouth.” For that reason, when daughter Shaena came along, there was limited access to meat by default. “I never brought red meat into the house,” Ciara says.

Shaena seconds that, but adds there are easy swaps to make the transition less daunting. “It’s more processed stuff that I had to give up, because I never really had steak or red meat. It was more just easing off the dairy – and they were really easy swaps, like soya milk or soya butter.”

There are many alternatives to dairy chocolates too. “It’s just about reading the labels and making sure,” Ciara says. “The only problem is they’re a little bit more expensive, so that can be annoying.” But as far as taste goes, they’re just as delicious. 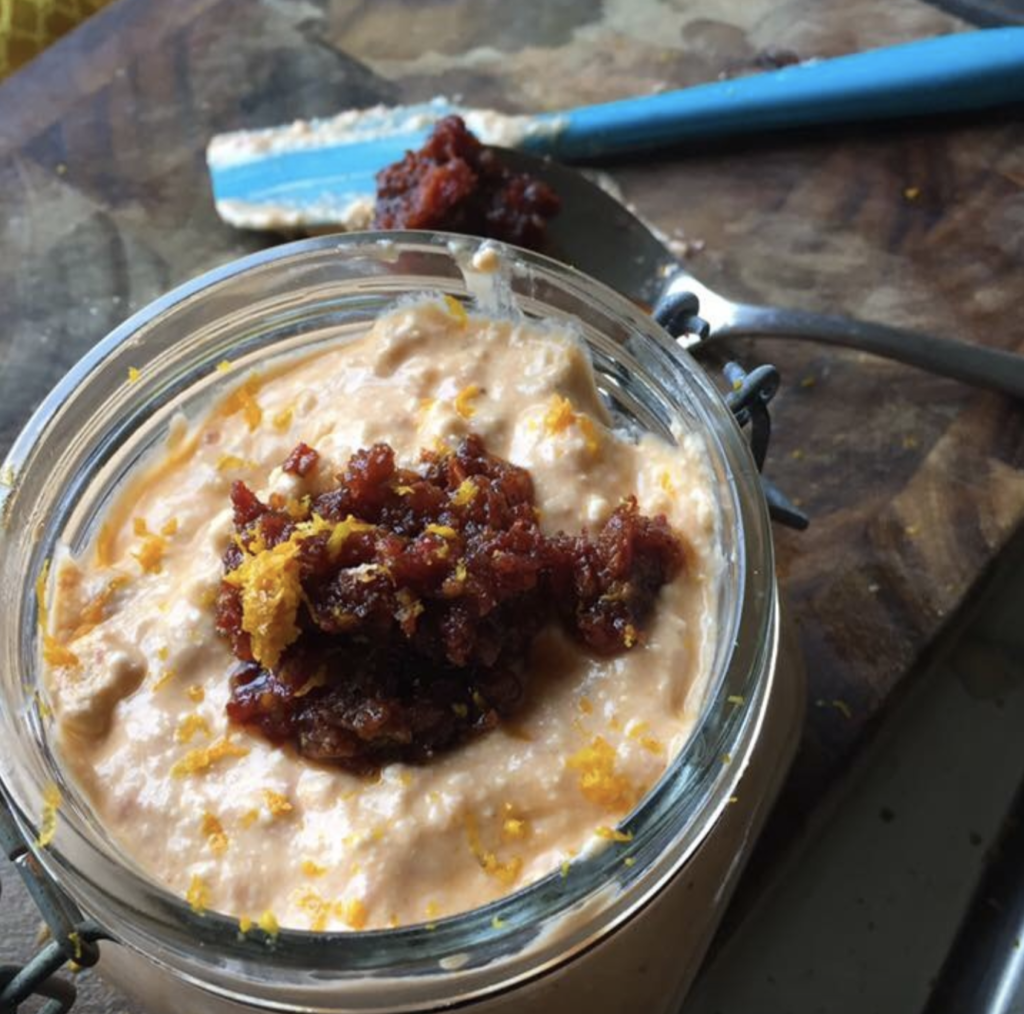 Of course, to live a truly healthy vegan lifestyle, food choices must go beyond chocolate. For breakfast, Shaena says, “Porridge, banana and peanut butter is just the best thing ever,” while mum Ciara says she opts for, “Sourdough, avocado and roasted tomatoes. I love roasted veggies,” she adds.

For lunch on-the-go, or while she’s at school, Shaena says she sometimes bring hummus and veggies in a lunchbox from home and mixes it with pasta from the school canteen. “But that would be a last resort,” she says. “Usually I like to bring my mum’s kidney burgers and rice, or salads – anything that’s leftover I’ll bring in.”

Then, for dinner, Ciara says she makes a tasty plant-based Mac & Cheese with extra roasted veggies. “I’m doing a potato-cauliflower turmeric at the moment, and I’m mixing those with roast peppers which Shaena is loving. We go through phases of things and like to mix it up a lot. I do lasagnas, curries, plant-based burgers, vegan sausage wraps, spaghetti bolognese… all that type of normal food.” 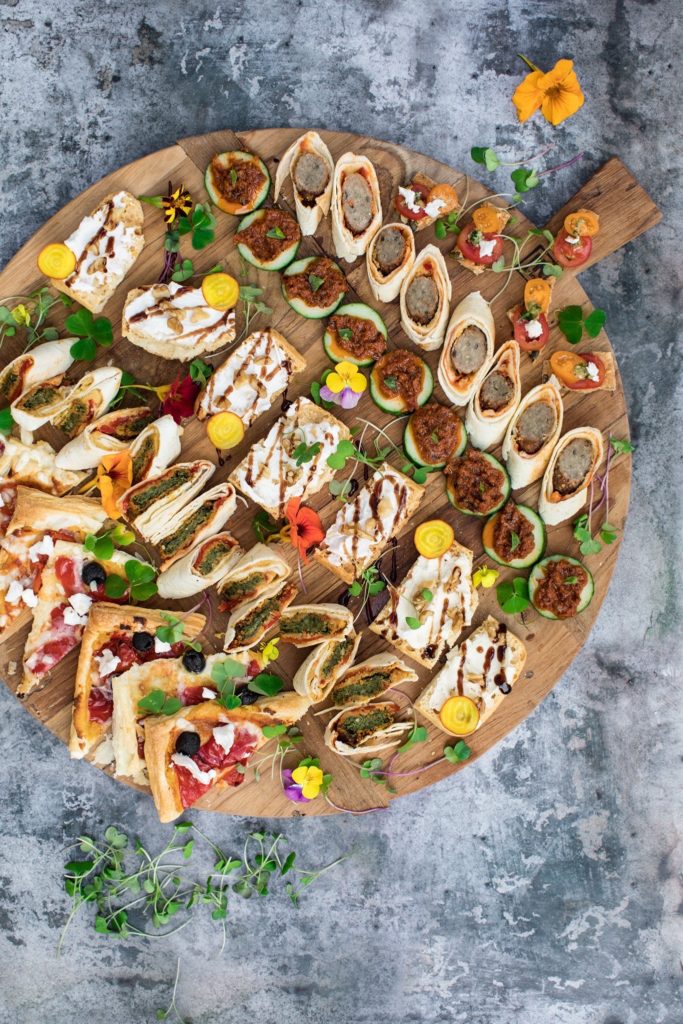 “When we decided to go vegan in 2016, I had a lightbulb moment,” she says. Bravely stepping away from her job in HR management, Ciara returned to her first passion: cooking. She soon set up her business ‘Happy Food at Home‘ in Limerick to show people that plant-based food can be delicious, healthy and balanced (and that they will not miss the meat).

The business demands early-starts and long hours – but Ciara says it’s worth it. From working at stalls in various food markets throughout the country, to catering for vegetarian and vegan dinner parties, every day is different and full of surprises. She also creates pre-packed lunches and meals for people to enjoy at work or at home, as well as offering cooking classes to those who need vegan chef advice.

No matter what she’s doing, however, Ciara’s passion for food (and her love of sharing that food with others) couldn’t be clearer. She and Shaena say they’ve never felt better and wouldn’t change a thing.

Read more: 5 delicious vegan-friendly spots to try for a Sunday brunch in Dublin

Read more: Why going gluten-free isn’t actually that good for you (unless you’re coeliac, of course)