ATHENS, GREECE - OCTOBER 15: Amal Alamuddin Clooney (C) listens to minister of Culture and Sports Konstantinos Tasoulas (L) as president of the Acropolis museum Dimitris Pantermalis looks on, during a visit at the Parthenon hall inside the museum in Athens on October 15, 2014 in Athens, Greece. Human rights lawyer, Amal Alamuddin Clooney who recently married George Clooney is visiting Athens as part of a team advising the government on the return of the Parthenon Marbles. (Photo by Yorgos Karahalis - Pool/Getty Images)

Amal Clooney has the type of resum? that would make a budding, and wrecked from all that reading, law student froth with jealously and admiration. The English human rights barrister counts Al Jazeera journalists detained in Egypt, Julian Assange, and the country of Armenia among her high-profile clients. She has also served as a Senior Advisor to Kofi Annan and is an expert on the legal implications of drone warfare. She is currently leading a case that is seeking the release of Mohamed Nasheed, the former president of the Maldives who is being held on terrorism charges. It is a major case, with whispers of conspiracy and statewide corruption circling the brief.

However, despite the fact Amal Clooney has been steadily building her client base from her offices in Doughty Street Chambers, one man feels that it’s her surname that is getting her work, not her ability. Enter stage right, Tory Justice Minister Edward Faulks QC. Mr. Faulks, brother to Charlotte Gray writer Sebastian, was quoted in the Daily Mail as saying that he believes Amal’s prestigious caseload may be a result of her recent marriage to Hollywood actor and producer George Clooney. 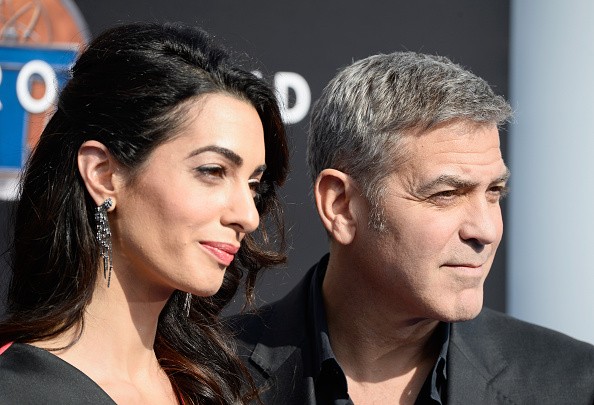 He allegedly said, ?I’m sure she gets such high-profile cases and everyone wants her because she’s married to George Clooney. And by employing her they’ll give publicity to their case. Faulks then went on to draw comparison to another barrister who made what non-romantics would term a strategic marriage, ?I mean, look at Cherie Blair – being married to Tony Blair didn’t do her career any harm.?

Mr. Faulks also found time to discuss Amal’s accent, ?I heard her speak after the court case defending the journalists who were convicted in Egypt and, if I’d have closed my eyes, I’d have never placed her because she has this new-age media trendy accent. I can tell you, they weren’t like that when I was a barrister.?