The ugly side of fast fashion: This is the scary impact it’s having on our world

The phrase “fast fashion” has been lampooned around quite a lot lately. For those who don’t know, it refers to the blink-and-you-miss-it speed with which apparel is being produced and purchased. The upside of this phenomenon is that clothes have indeed become cheaper and more readily available than ever before. The downsides, however, tell a far darker and more sinister side to the story.

Put simply, the fast fashion industry is wielding detrimental effects upon our environment, and ultimately to humanity at large. “How is it doing this?” you ask? Well, let us explain.

Cheap stuff is great, and getting the latest trends as soon as they hit the catwalk is exciting. But take a second to consider the corners that must be cut in order to facilitate the low price and short turnover time that fast fashion embodies.

As the price of our clothes go down, more often than not, so too does the wage paid to those who make our clothes. Many of the lowest paid employees in the world are working in the biggest names in fast fashion, and roughly 85% of them are women. What’s more, these factories regularly see the violation of human rights as regulations are lax, ignored, or simply nonexistent.

“Cargo ships burn colossal amounts of low-grade fuel that is said to be 1,000 times dirtier than highway diesel” 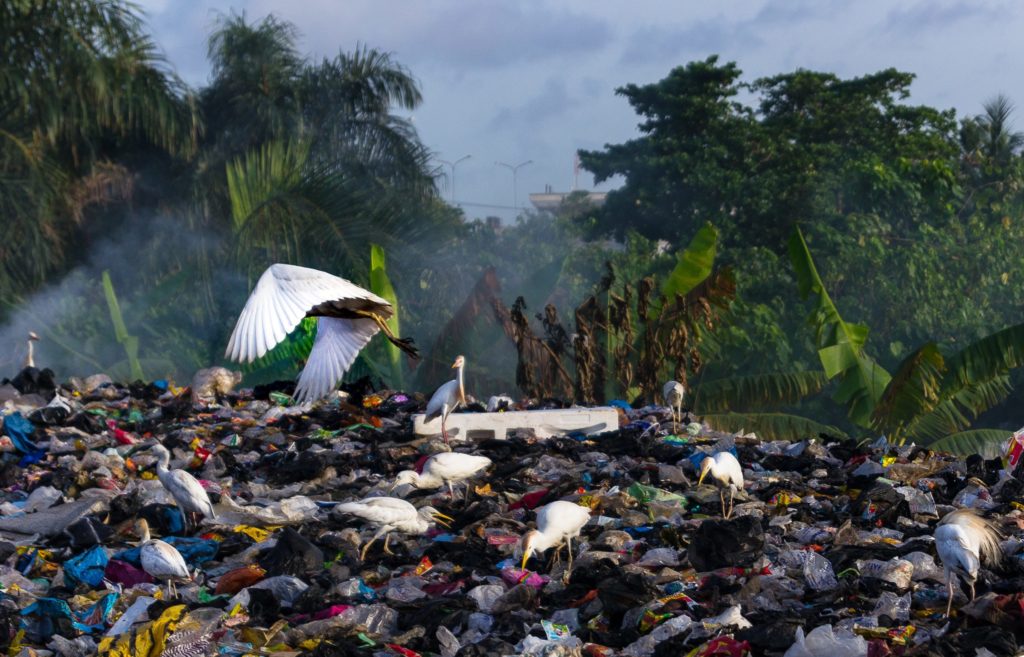 We’re all aware of how most of the world’s clothes are manufactured in countries that promise cheap labour (e.g Bangladesh, Ethiopia, Vietnam, etc). However, to enable the low prices on clothing tags, raw materials also need to be sourced from wherever they are cheapest (e.g. China, the U.S. and India).

This means that the journey from plant-to-pant can require long-distance travel, often in huge cargo ships. These ships are cost-effective, sure, but they burn colossal amounts of low-grade fuel that is said to be 1,000 times dirtier than highway diesel.  Once the clothing is manufactured in the factory, it is then transported back to the retailer by any combination of journeys via cargo ship/ rail/ trucks. Sometimes the destination is right back to where the original material came from.

According to a report by Quantis, an environmental consultancy, the global apparel and footwear industries account for an estimated 8% of the world’s greenhouse gas emissions (almost as much as the European Union’s entire climate impact combined) and the excessive transportation outlined above is largely to blame. However, the factories themselves are also to blame in this regard, as they are often coal or generator-powered and so produce huge amounts of carbon emissions every day.

“Did it ever occur to you that your own spandex leggings might be contributing to this problem?” 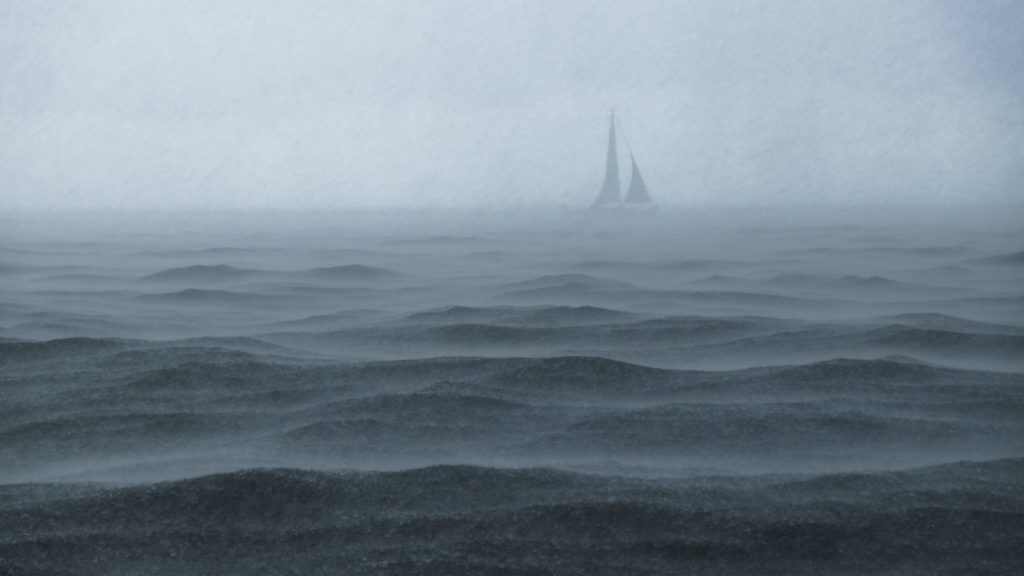 Have no doubts about it — the fast fashion industry has a lot to answer to when it comes to water pollution throughout the world. When not managed correctly, the industry’s use of pesticides on farms and chemicals in factories cause immeasurable damage to the health of local communities, as these substances leech (or are dumped) into the surrounding water systems.

Textile dyeing alone is the second largest pollutant of clean water throughout the world (coming in short only to agriculture). An example of how potent the effect of textile dying has on local water can be seen in the Citarum River in Indonesia, which is said to be one of the most polluted rivers in the world largely due to the hundreds of textile factories that line its shores. 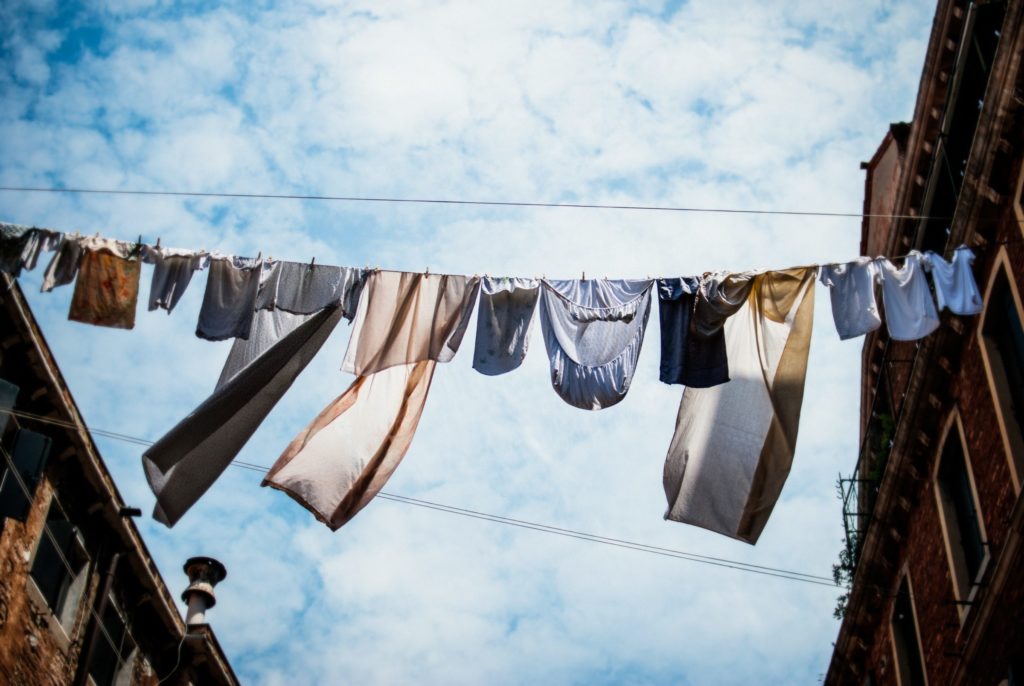 There is also the issue of microplastics (or “microfibres”); the perils of which have been widely discussed of late. Did it ever occur to you that your own spandex leggings might be contributing to this problem? Oh, you better believe it.

A huge percentage of today’s fast fashion is made from cheap, synthetic, non-biodegradable, plastic materials such as polyester, nylon, and spandex. The trouble with these fabrics is that when they are washed, they release plastic fibres into the water which are so small that they pass through wastewater filtration systems and flow into our rivers and oceans.

Every year, our clothes release half a million tonnes of these microfibres into the ocean (the equivalent of more than 50 billion plastic bottles). Fish unknowingly eat these fibres and are dying in their droves as a result. In fact, it’s been said that if things continue at the rate they are now, then by 2050 we’ll have more plastic than fish in the ocean. It’s scary stuff.

Related: We need to bring back the lost art of mending

Waste & the disposability of clothes

The cheap cost and quality of today’s garments make them seem as disposable as a coffee cup and affords them the lifespan of a plastic bag. Why hold on to last season’s dress, when you can get a new one for next-to-nothing? Why mend a top when getting a new one is so much less time-consuming? Who cares about why this skirt is cheap — let’s just rejoice that it was a bargain.

Every second, the equivalent of an entire garbage truck of textiles is sent to landfill or burned, and The Copenhagen Fashion Summit reported that fashion is responsible for 92 million tons of solid waste dumped in landfills each year. What’s more, nearly 60% of all clothing ends up in incinerators or landfills within a year of being produced.

To make matters worse, these clothes are not merely sitting dormant; over time as they start to decompose, clothes actually begin to release methane (which is the worst of all the greenhouse gases). 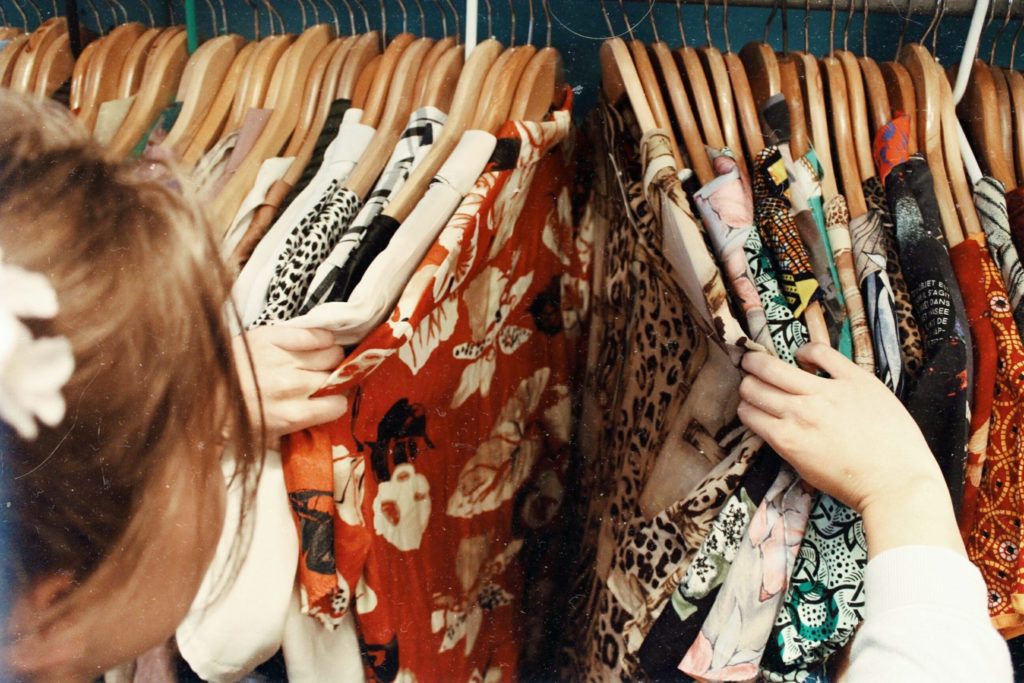 Even donating has a dark side

But what if it’s not sent to the dump? What if a person decides to donate their pre-loved clothes to a local charity shop? According to environmental scientist Dr. Cara Augustenburg: “There’s a misconception that donating our unwanted clothes to charity is nothing but a good thing, but less than 30% of those clothes are re-sold internally. The remainder ends up in developing countries, collapsing indigenous textile industries and offshoring our waste problems.”

So what do we do?

I don’t know about you, but I don’t want my clothes to fill me with guilt, nor do I fancy finding lumps of plastic in my salmon at dinner tonight. But as the world keeps turning, fast fashion keeps churning, and it’s up to us to use our voices (be it via social media, petitions, rallies or in letters to our state representatives) to tell the industry that we demand change.

From sourcing fabric sustainably; respecting the health and wellbeing of factory workers; utilising environmentally-sound transport methods; spearheading ethical waste management and helping to support the local environment, every part of the fashion creation journey needs to be considered if positive change is to happen.

And when you think about all the horrors mentioned throughout this article, you might agree that change really does needs to happen.

Related: Brands to help you save pennies and the planet, at the same time