As well as being light and bright thanks to some clever design, this house for sale in Sandymount comes with a beautifully mature garden.

This semi-detached house on Sandymount’s Gilford Park just oozes curb-side appeal, doesn’t it? The wonderfully fun teal windows and door complement beautifully with the climbing plants and mature trees out front (but still with room for parking), it practically invites you in. 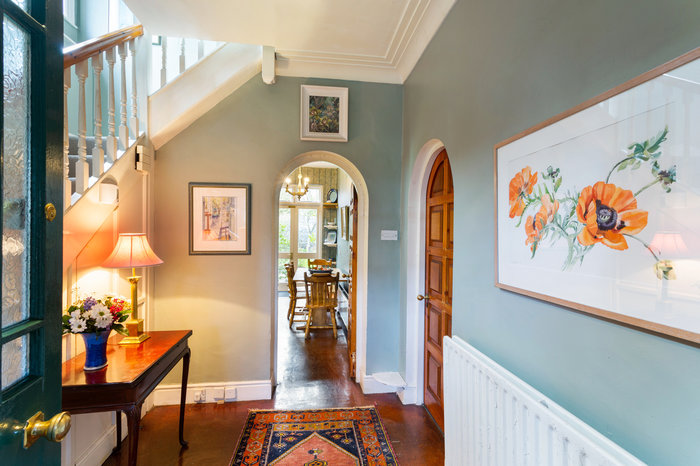 Thankfully, the interior of this home doesn’t disappoint, with a light and bright feeling family home spread over 158 square metres. Through the teal front door and to the right of the hall is a spacious living room that runs right from the bay window at the front to the back of the house where a large set of French doors and windows, mirroring the curve of the bay in front, open onto the magnificent garden. 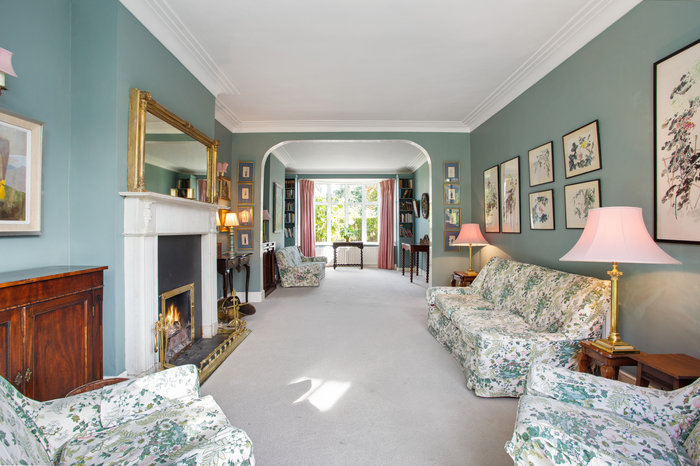 Next door is an equally spacious kitchen with its own garden door. Light is something this house definitely has going for it, with plenty of windows pouring sunlight into the space. This is most evident in the garage renovation. As well as a lobby to the front, there is a large and spacious semi-circular conservatory to the rear, in the same teal colours as the windows in the front. 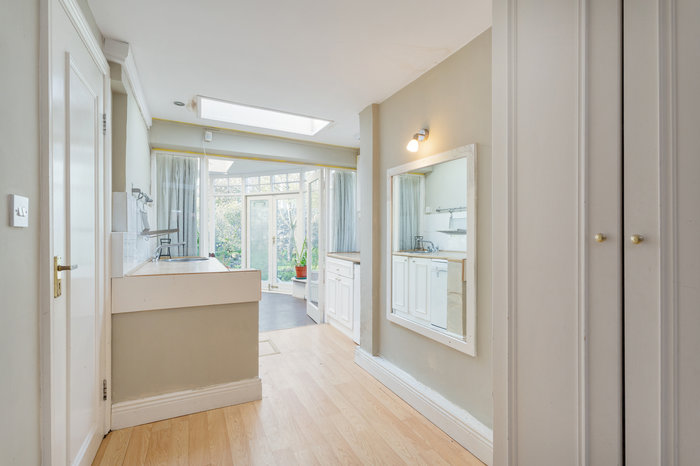 There is also a central sitting area between the two that would ordinarily be rather dark, being buttressed by two rooms. However, thanks to the large windows on either end of the conservatory and lobby, glass doors connecting them and a large rooflight above, it’s a bright and airy space. 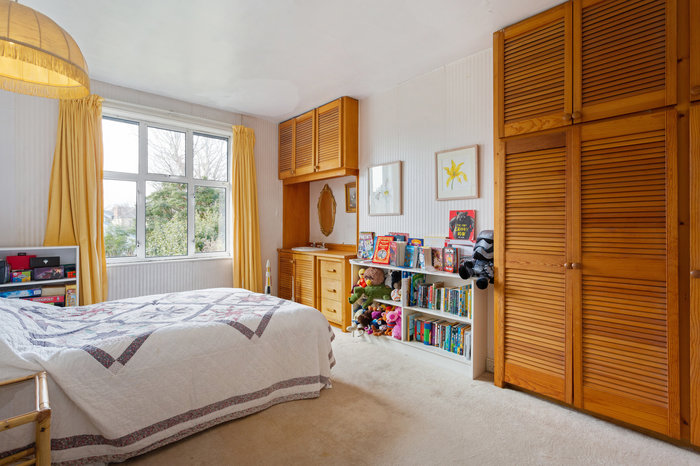 Upstairs are three large bedrooms (there had previously been four) and a large bathroom for the family, as well as a small shower room on the ground floor. The attic too has been unofficially converted. While the master bedroom has the bay window, the equally large second bedroom has a view onto the magnificent back garden. 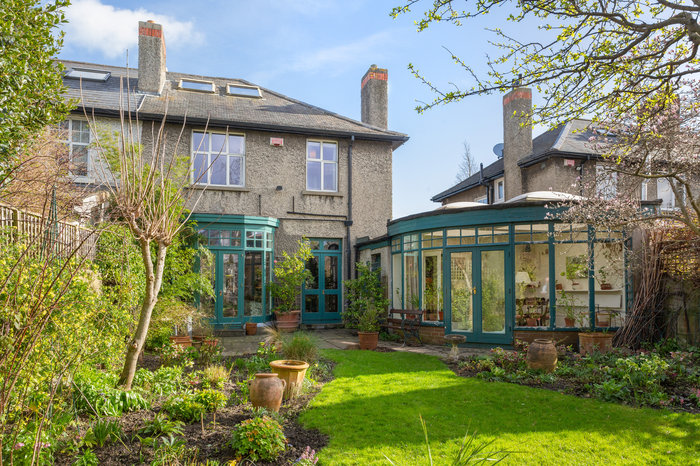 A large and spacious garden, clearly matured by the hands of a skilled gardener (or two!), features many beautiful mature shrubs and trees as well as a number of carefully planned beds. It would be the dream home for a green-fingered person to snap up, in the heart of Sandymount town, walking distance to the DART, the village square or the ocean.

Read more: This Westmeath castle is on sale for €5 million

Read more: This surprisingly spacious three-bedroom house in Portobello is for sale for €850,000