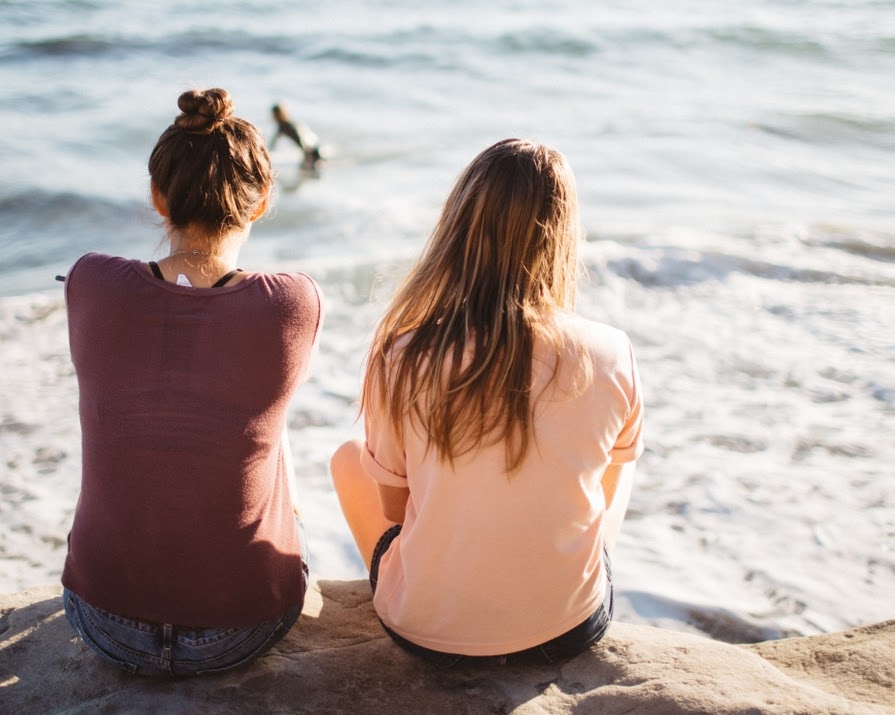 Growing up, we all weather a bad romantic break up – or many if you’re particularly unlucky. The thing is, however, there are actually some hard and fast rules for ending romantic relationships.

There’s even the entire romcom canon offering essentially a blueprint for surviving a breakup – though, sadly, it rarely plays out in handy montage-form IRL. After a romantic break up, people expect you to mourn the loss of the relationship. You’re allowed a certain amount of acting out. It’s absolutely fine – if a little cliche – to eat all the ice cream and drink all the drinks and wallow spectacularly. Failed friendship histrionics, on the other hand, are largely expected to be left in the wilderness of the teenage years.

In something of a cultural paradox, greater value is placed on romantic love, something by its very nature that is often fleeting, when the bonds forged with our friends are often so much more powerful. In my memory, the worst angst of my teenage years was not inspired by the clumsy, callousness of boys I obsessed over but the far more cutting actions of the friends I was equal parts devoted to and bitterly jealous of. Such tsunamis of feelings over friendships are just not the done thing beyond the schoolyard however.

As I have gotten older I have also realised that breaking up with friends is occasionally necessary when the friend in question is draining you rather than building you up. In the last few years, we’ve gained way more insight into how detrimental a bad friend can be to our well-being. ‘Toxic friends’, ‘frenemies’ and ‘friend culls’ have all been explored in a shift towards giving our platonic relationships as much consideration as our romantic ones.

Social interactions now exist on many more platforms than simply hanging out at the local Esso (my 90s teens were high glam) and an interesting outcome of online friendships is that the friends we have are no longer dictated by such arbitrary factors as where you grew up and what schools you attend. The friend pool is now unimaginably vast and can often expose these long-held friendships as having soured or been built on quite superficial terms in the first place. Of course deciding to disengage is one thing, successfully doing it is quite another.

A couple might seek counselling to either deal with a rough patch or amicably end a relationship, for soon-to-be former friends there are no ‘conscious unfriending’ guidelines, perhaps because of this, ghosting or phasing out the friend seems like the most common route to ex-friendship. However to be on the receiving end of such crushing indifference is really painful. Amy tells me about a friend moving abroad and cutting all contact. “She completely ghosted me when she got to Liverpool and ignored all my attempts to reach out to her – it was so weird and hurtful.”

Many of us simply don’t know where to put these feelings because the message in the culture is that we are supposed to leave these feelings of disappointment and rejection by a friend in childhood. Grief over a romantic break up is the norm but grief over a friendship is rarely explored and there are, in fact, strong similarities between the two experiences.

“I went through a terrible friend break up a few years ago,” says Marian. “It was almost exactly the same as a (romantic) break up. I broke up with her but I was crying on the way to work, crying on the bus, crying all the time. Afterwards, she sent me vicious emails it was crazy.”

The parallels didn’t end there.

“I still kind of want her back, but then I remember the madness,” Marian continues. “And I stalk her online! And I know she does with me because sometimes she accidentally views my Instagram stories or likes an old post.”

The emotional fallout from these fri-endings can be deeply painful and made all the more jarring by how little we are prepped for it.

“It was 20 years ago and I still dream about it,” one woman told me.

“It was complicated and truly heartbreaking, I lost my best friend painfully and slowly over a two year period,” says another.

Breaking up with an entire group of friend is an even bigger leap.

“I broke up with a toxic group. I had just changed over the years and I realised that it was upsetting and difficult to be around them. I was so let down by them over the years,” says Emma.

“It was very traumatic because these people could not see how they’d hurt me… In the end, I sent a message to the large Whatsapp group saying that I wasn’t coping well lately and that I was going to exit the group.”

“It’s been such a relief. I have time to focus on my family, my health, my good friends and not spread myself too thinly on relationships that were hurting me.”

Photo by Joshua Sazon on Unsplash