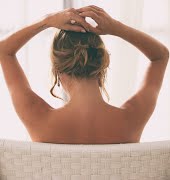 Weekend read: Why we should all strive to be feminist killjoys

Actress Olivia Munn recently demanded that a registered sex offender be removed from her latest film, The Predator – and was ostracised by her castmates for doing so. She had become a feminist killjoy – a woman who makes people uncomfortable by highlighting inequality. Roe McDermott explains why we should all be feminist killjoys.

Last month, the release of The Predator was rocked by a shocking revelation. Just before the film hit cinemas, it was revealed that director Shane Black had cast his friend Steven Wilder Striegel, even though Black knew that in 2010, Striegel had pleaded guilty to charges of attempting to lure a 14-year-old girl into a sexual relationship.

Should you go to see The Predator however, you will not see Striegel onscreen. That’s because actress Olivia Munn, who shared a scene with Striegel in the film, uncovered this fact and called the studio and her co-stars informing them. A supporter of #MeToo, a survivor of sexual harassment and the victim of a phone hacking that led to her nude photos being leaked online, Munn demanded that Striegel be cut from the film before its release, which he was.

As well as standing up for her beliefs and supporting survivors of sexual abuse, Munn had done everyone involved with the film a favour by speaking up. Most of her co-stars were unaware of Striegel’s crime and so had not knowingly agreed to work with a registered sex offender. Her actions had also protected the studio, as news of Striegel’s conviction would have inevitably hit the news cycle and potentially damaged the film’s box office.

But Munn’s castmates were far from grateful. In fact, she was ostracised as her co-stars refused to contact her after she told them, and left her to do press interviews by herself. While promoting the film, she admitted that she felt very isolated in the wake of the incident, saying “There are people who get very mad at you for not, just, you know, helping them bury it…It’s a very lonely feeling to be sitting here by myself when I should be sitting here with the rest of the cast.”

While some of Munn’s co-stars such as Sterling K. Brown belatedly made statements supporting her – though only after she publicly spoke of feeling ostracised – others confirmed that they would have preferred her to stay silent. Actor Jake Busey said “I think it could have been done like a month from now, and let the studio and the director have their night of the release and the movie, and not destroy the movie over a year after filming…The director was in tears at the red carpet, which is not really the way you want it to be.”

Busey’s message could not have been clearer: by speaking out, Munn had ruined everyone’s comfort and happiness, and so she should have remained silent. By speaking up, she had caused a problem, and thus become the problem.

But how? Munn is not the registered sex offender, nor the director who knowingly cast him in the film, so why was she the one being punished?

Because Munn, through her actions, had become a Feminist Killjoy.

Historically used as a pejorative against women, feminist writer and academic Sara Ahmed reclaimed the term “feminist killjoy” in her book The Promise Of Happiness, where she posits that women’s traditional role as mother, as wife, as caretaker, has always been defined by our ability to make other people happy. As happiness itself is built on ideas of comfort, of convention, of keeping the peace, a woman’s role has thus been to make the people around her as comfortable as possible.

“The word feminism is thus saturated with unhappiness,” Ahmed writes. “The feminist killjoy ‘spoils’ the happiness of others; she is a spoilsport because she refuses to convene, to assemble, to meet over happiness.”

This is what Munn experienced from her co-stars – the misdirected anger towards feminists for daring to shed a light on an uncomfortable truth; the incorrect labelling of feminists as the origin of the problem, rather than the ones who highlight it. Many feminists experience this – by raising the topic of inequality at the dinner table, by sharing their experiences of misogyny or sexual violence, or even by their silence – their refusal to laugh at offensive joke, to be flattered by catcalling, to reassure others that oppression, inequality and violence is acceptable.

One needs only look at the past year to see how supporters of #MeToo are policed in this way. The assertions that through sharing our experiences of sexual violence, we are inflicting a violence upon those who have to listen to us. The claims that we’re trying to destroy the lives of abusers merely by speaking out about their attempts to destroy us. The labelling of us as the problem for no longer enduring these horrors in silence.

But people who label feminists as the problem are revealing their own lack of empathy; their prioritising of their own happiness, comfort and joy over even hearing about the suffering of others. Labelling a feminist as the problem is an easy way to ignore the societal inequalities that she is pointing out.

I’m deeply grateful to Olivia Munn for speaking up, for shining a light on a system that protects abusers and punishes women, for refusing to prioritise the comfort and joy of the powerful over the safety and humanity of the vulnerable.  I’m grateful to her for being a feminist killjoy.

And I’m proud to be one, too. Frankly, I have no choice. I have to be a feminist because the world is broken, and pretending that it isn’t hurts people. Feminist killjoys make people uncomfortable by pointing out the cracks – but that’s the only way they can be fixed. That’s the only way we can move towards a world where everyone can have a chance of feeling safe, of feeling comfortable, of feeling happy.

In the words of Sara Ahmed, “There can be joy in killing joy. And kill joy, we must and we do.”