Irish artist Gerard Byrne takes us on a tour of his Ranelagh studio, gallery and home, where art and interiors live in harmony

From the outside, Gerard Byrne’s Ranelagh home looks quietly unassuming. Painted a deep green-grey that is continued from the exterior right through the house, the single-storey space almost recedes behind the thicket of the low garage to its left, and two-storey Victorian home to its right. 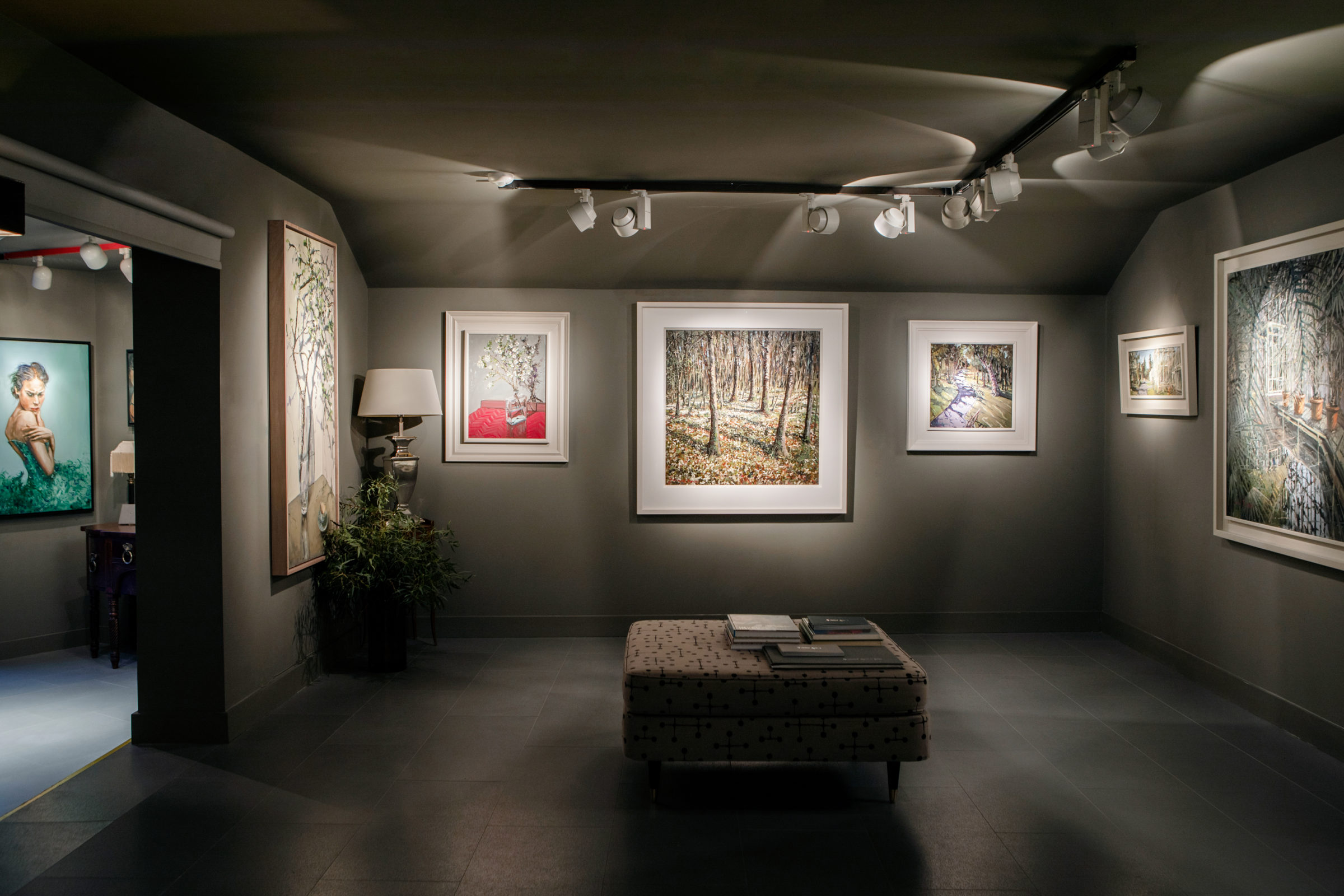 Inside, however, holds not only a gallery of Gerard’s work but also his studio and the one-bedroom home he shares with his wife, Agata Byrne. “It wasn’t built for purpose,” Gerard explains to me from Singapore ahead of the launch of his Botanical Fusion exhibition in the Singapore Botanical Gardens. “It used to be a photographic studio for developing film and I actually remember collecting photographs from my first solo exhibition from there 30 years ago.” 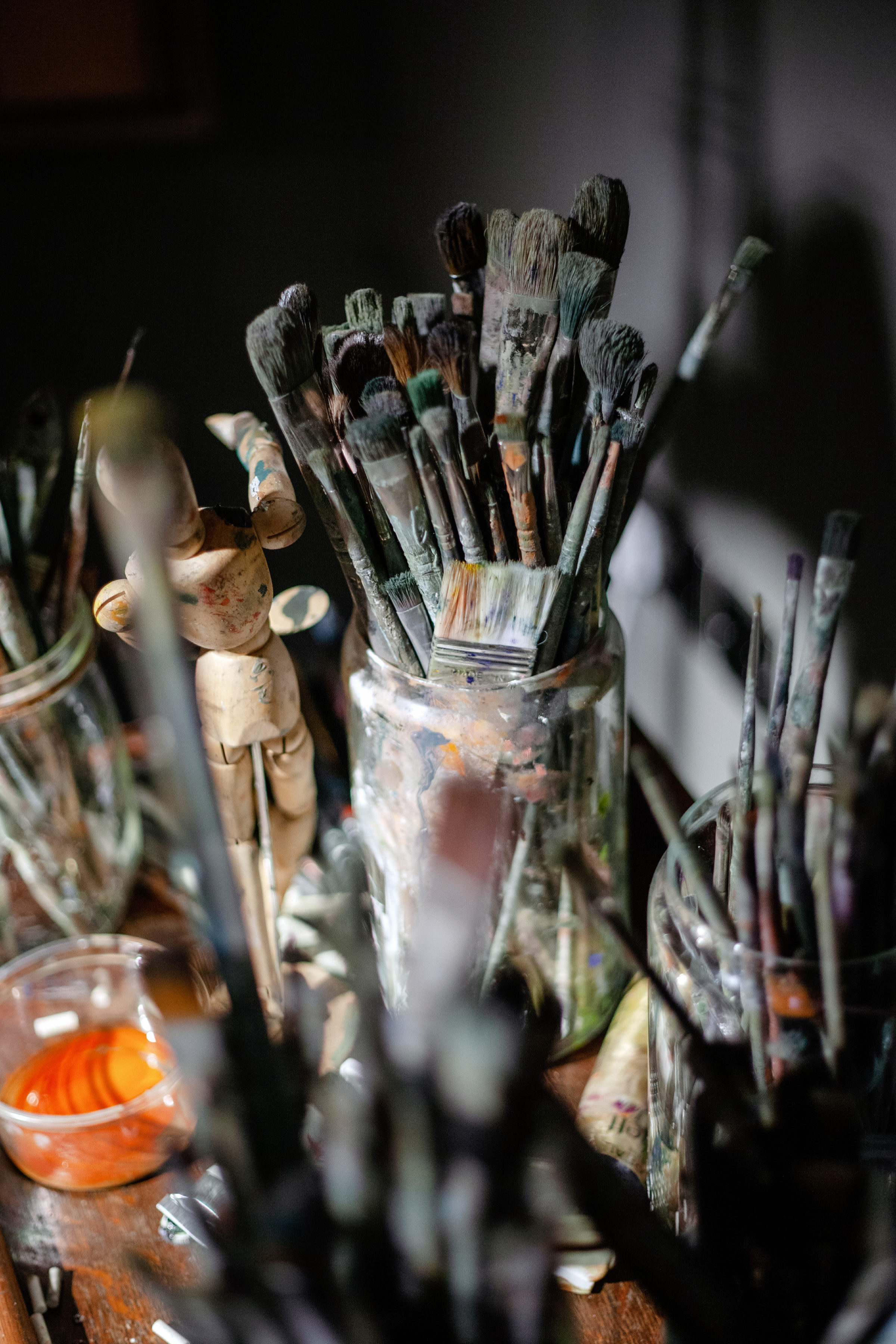 Working with this history and his own personal memories, it only seemed right that the space remained a dark and atmospheric space and so the warren of rooms and mezzanines are all painted in Little Greene’s Grey Moss. “The play of light and shadow is also a very important aspect of my work,” Gerard says, whose fluid streetscapes, portraits, still lifes and abstracts carry a warmth and attitude that capture a very precise moment of time. 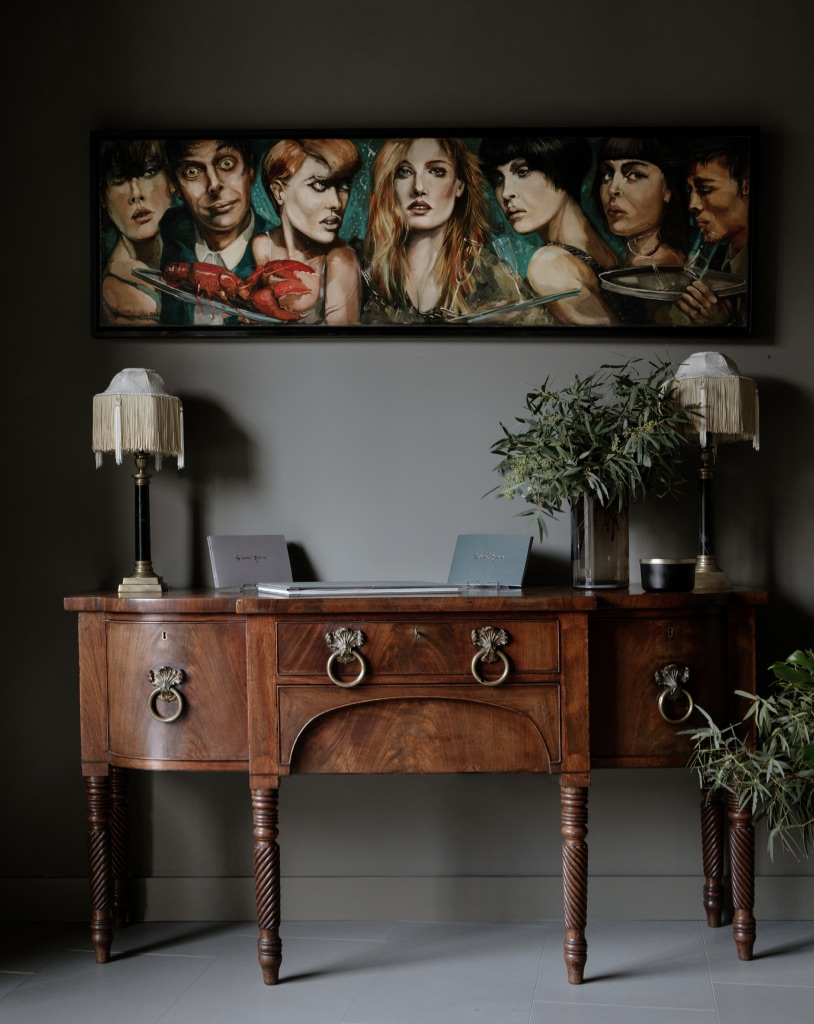 When I ask how this dusky atmosphere influences his work, Gerard notes that while his studio space here is just temporary, he’s already noticed a shift in atmosphere in his work. “I discovered my latest series of large scale botanical abstract painting, which I created in the studio, carries darker tones than I would normally choose. They seem to emanate different energy.” 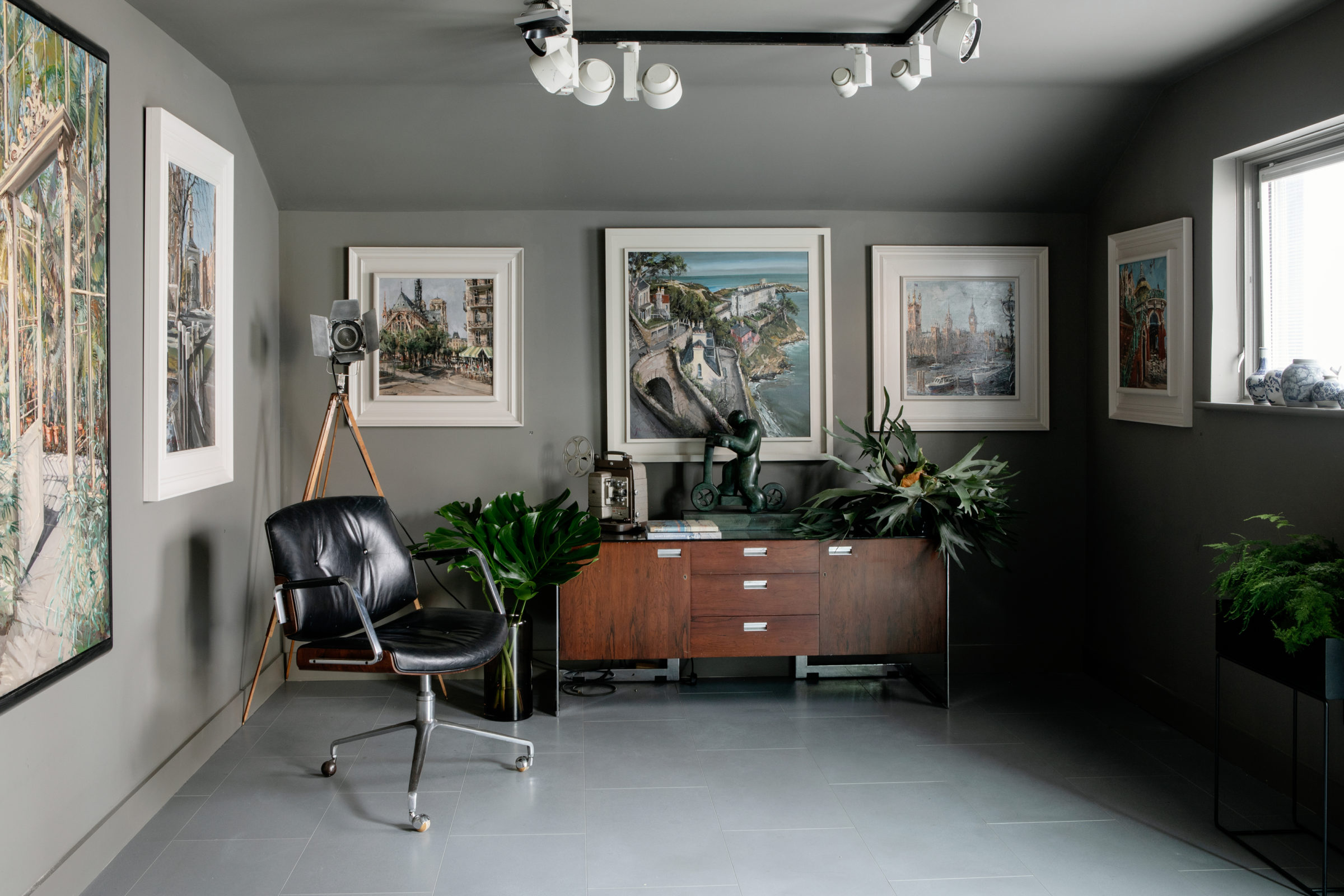 The short commute from studio to bed allows Gerard to work into the early hours and in the evening the roller blinds come down and the gallery area becomes their living room. “It’s not a standard set up but it’s very functional,” says Gerard.

The space is also home to the couple’s beautiful collection of antique and mid-century furniture. Acquired over their years living in the UK and regular visits to the auction rooms and vintage shops, the result is a magnificent melange of clean Scandinavian rosewood and ornate Victorian pieces, all giving a depth of character through the deep walls and Gerard’s dynamic artworks that hang everywhere. 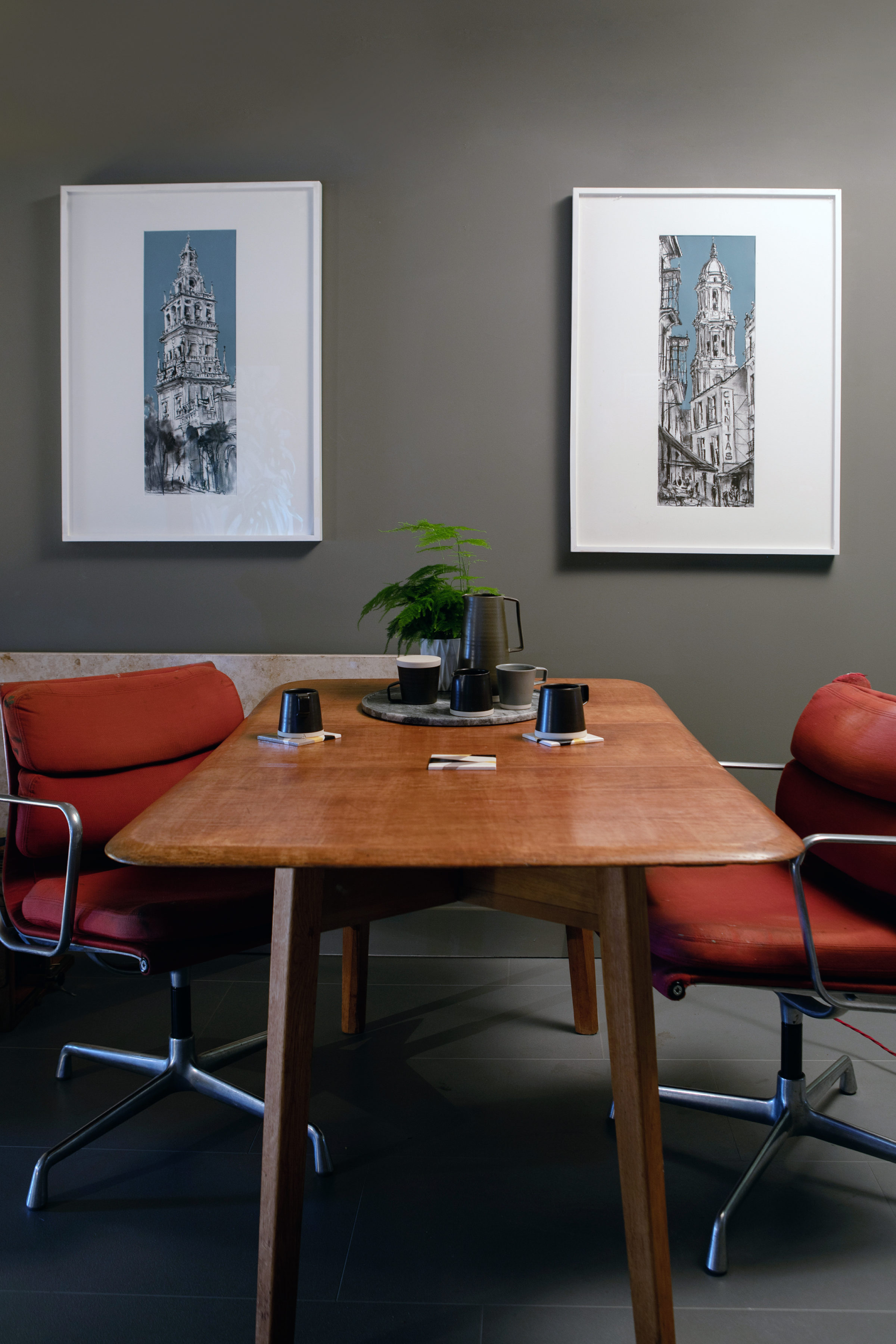 Despite the home’s compact size and the proximity of home life and work life for Gerard, the couple hopes to be here for years to come, with plans for a purpose-built studio, extra accommodation and perhaps even a rooftop garden. “I don’t struggle to switch off,” Gerard explains simply. “When you love what you do, you do what you love.” As a result of this symbiosis, a new light shines in this once-moody darkroom in Ranelagh.