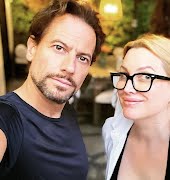 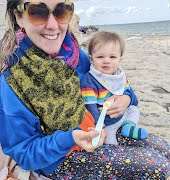 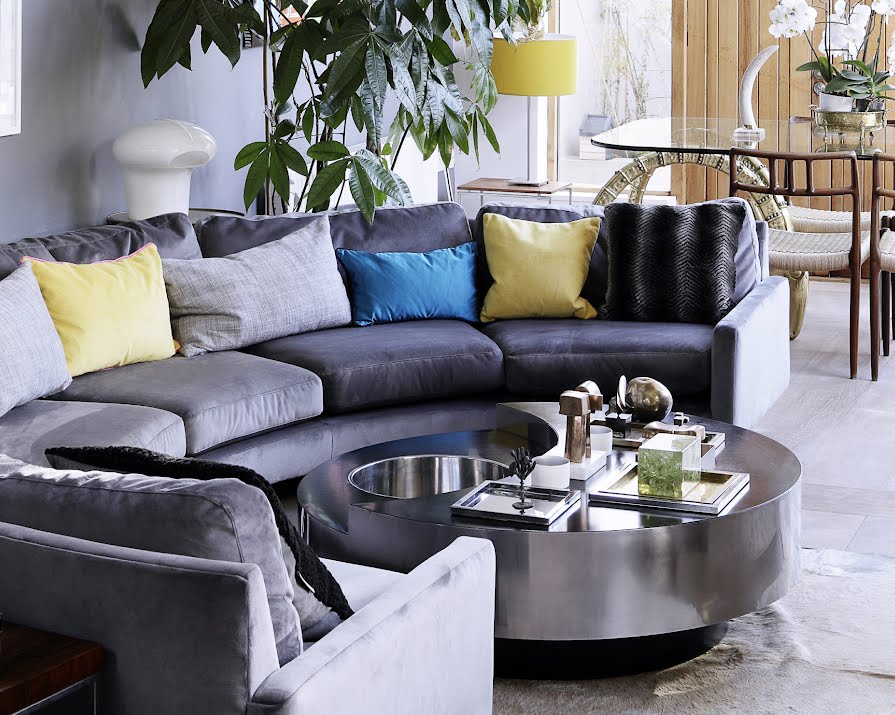 Light artist Niamh Barry and her mid-century maven husband Killian McNulty have turned a seaside semi-D into the perfect mix of contemporary and playful vintage.

“It looked like the inside of a sauna, laughs Killian McNulty, recalling the first time he and his wife Niamh Barry stepped inside the wall-to-wall pine interior of their 1940s semi-detached house in Clontarf. It was definitely not love at first sight. In fact, Killian hated it, but the couple saw its potential: it was near the sea, had off-street parking and an 85ft south-facing garden with the potential to extend. 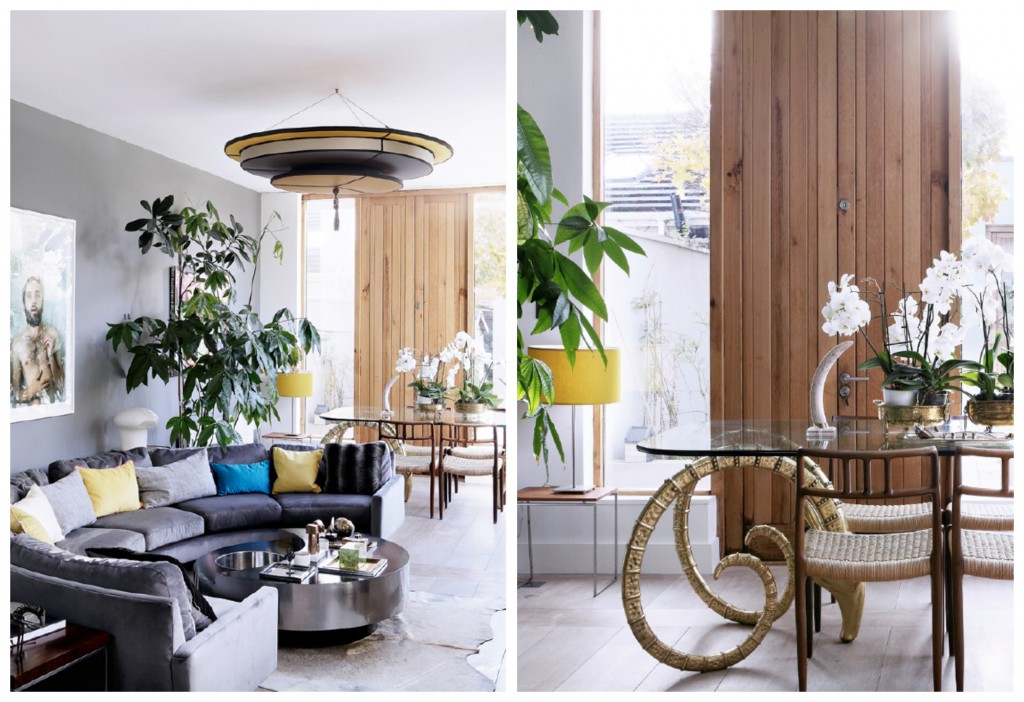 At the time, the couple were living in the city centre with their three-year-old daughter Katie, and Niamh was pregnant with their second child, Ella. “I really loved our house in the city, but it wasn’t the safest area and we wanted to settle somewhere long-term, near a good school and amenities. We knew we’d have to do a lot of work to it, but we were prepared for that, as it had all the makings of a great house,” says Killian.

Having moved from a regency period residence, their Clontarf home felt small, with little character or original features compared to their previous home, so the main objective was to create more living space and an area for entertaining. An additional bedroom was also on the wish list, but a limited budget meant choosing between an upstairs or downstairs build. The result was a one-storey downstairs extension with an additional guestroom at the end of the garden. 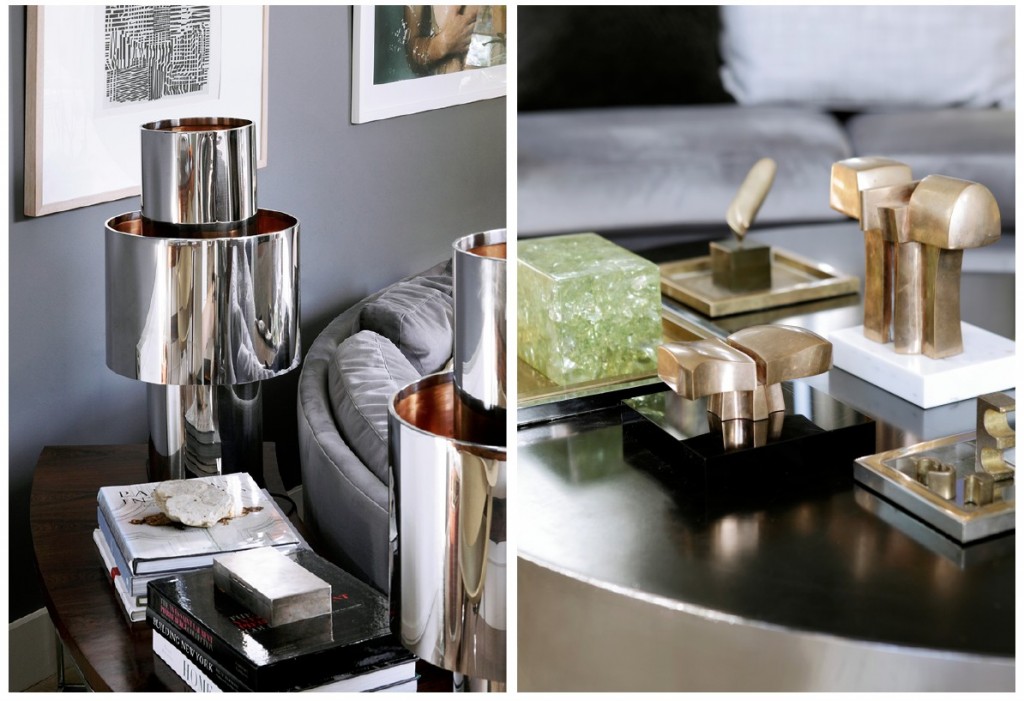 Niamh drew on her own creativity and experience in planning the design, with the focus on the large living and dining area (her favourite room in the house), which ended up very differently to how it started. Her initial plans included floor-to-ceiling windows with aluminium frames and polished concrete floors. “I realised it was starting to resemble a gallery instead of a home. It seemed cold, so I softened the details.”

The polished concrete floor became warm oak and the windows no longer went to the ceiling and were framed by cedar wood. A modern stove was added to bring some warmth and atmosphere. Happy to let his designer wife do the planning, Killian stepped in at the end to agree on the functionality of the space. “For me, it was about how you move about a house, how you open and close things. Is it practical? Once we agreed on that, there were no changes. It was important for me to get the kitchen right. It’s my favourite space in the house because it functions so beautifully and it’s a really lovely communal space to be in.” 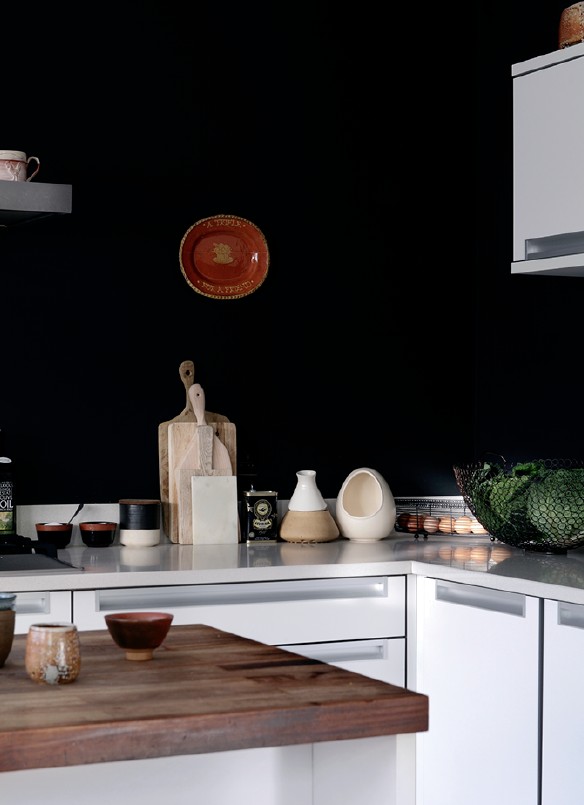 No alterations mid-build is a big achievement, but the couple were very conscious that changes meant additional expense and stress. Apart from the builders laying the hall floor on top of their cat (they did eventually find her, alive you’ll be glad to know), their only regret is not adding a larder directly off the kitchen. “It was Killian’s idea, and it was a really good one, but it would have meant encroaching on our front sitting room space, and that wouldn’t have worked either. You have to sacrifice somewhere,” says Niamh.

A glance around their home, and it’s obvious their careers have informed their interior styles. As the owner of Mid-Century Online, The Vintage Hub and Historic Interiors prop hire, Killian’s eye is drawn to eclectic, unique and vintage finds, while Niamh’s prodigious talent for designing one-off, dynamic light sculptures allows her to experiment with flow, form and balance. 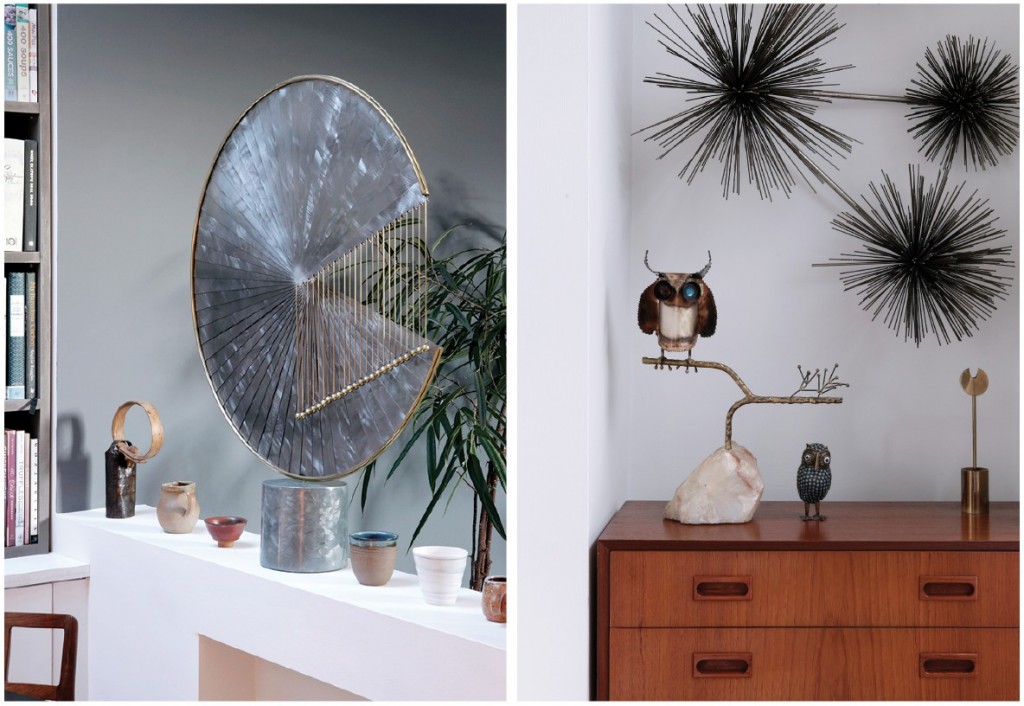 The result is a warm, layered-yet-open and light-filled space, perfectly balanced with curios, playful artwork, mid-century aesthetic and quirky vintage pieces. “I’ve no interest in owning modern or new things,” says Killian, who spends his days “treasure hunting” for work. “I prefer to find things that have had a life and tell a story.” Niamh is quick to remind him that we are drinking tea from a new tea set served on a new tray, Christmas presents they bought each other last year. 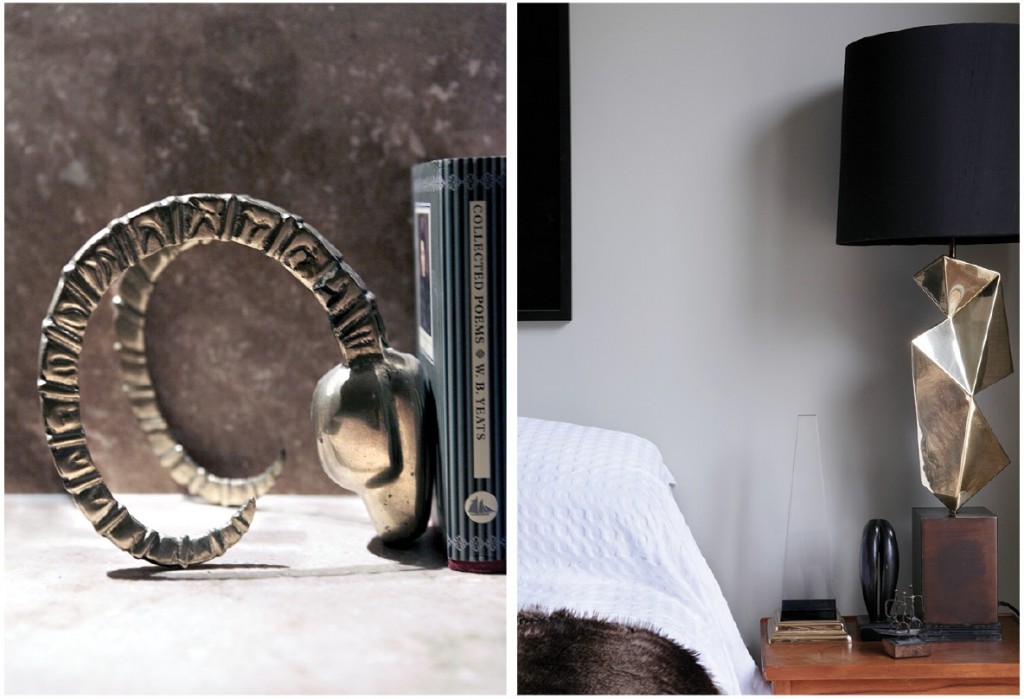 In his defence, they don’t look new. He can appreciate contemporary accessories, but when it comes to furniture, he’d rather fill his home with mid-century or vintage. The striking dining table, which is the first thing you see when you open the front door, thanks to its brass ram’s head legs, is a favourite, as is the vintage stereo. The mere mention of the latter and he’s off on a passionate pique.

The 1960s stereo is the one piece he’d take with him to the grave. If it would fit, I offer, since it’s about the size of a coffee table with large ball speakers at each end, but it’s a rare and beautiful addition to the living space. A Clairtone Project G model, it is one of only two made for Europe, and Killian owns both of them. “Always room for one more,” laughs Niamh. “That’s Killian’s motto.” 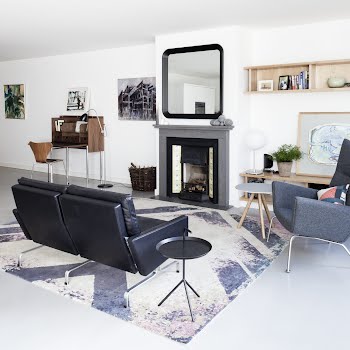 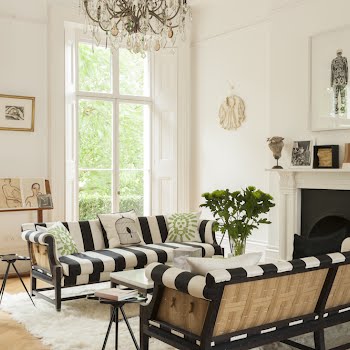 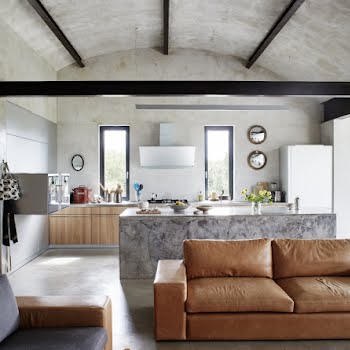 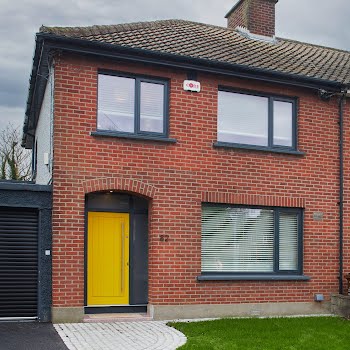 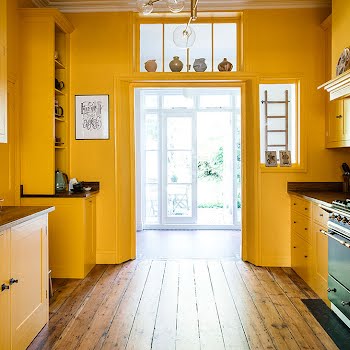 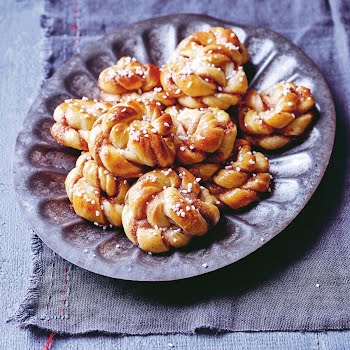 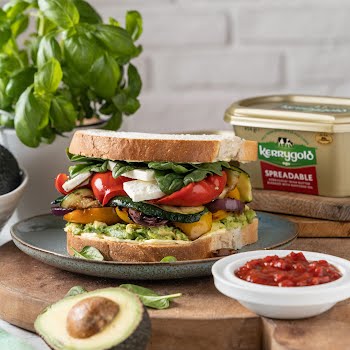 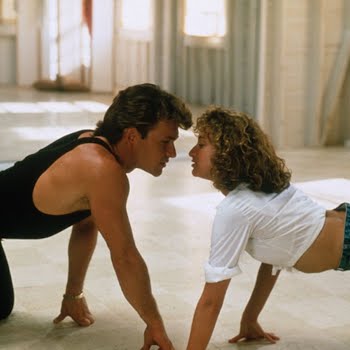 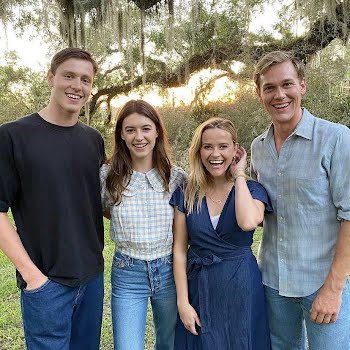 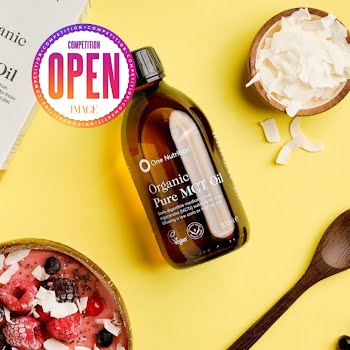 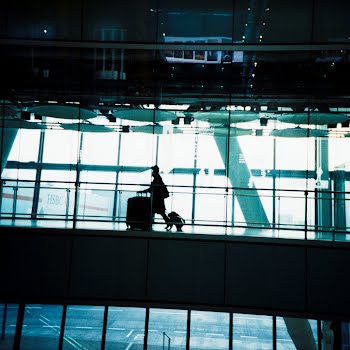