Michelle Obama’s highly-anticipated new memoir ‘Becoming’ is the closest, the most personal insight we’ve ever had into the life of the former First Lady of the United States. It is, writes Jennifer McShane, a much-needed reminder that the moments of hope are still there, even in the bleakest of times.

As with every speech said by Michelle Obama during her time as First Lady of the United States, the authenticity of her words in her biography Becoming is what really stands out. Maybe that was why I felt her such a force, why so many did. I felt as if she was speaking directly to me each time she would address thousands of people during a rally; like she was easy to know.

Of course, apart from the basics, we knew very little about her life, the one so intertwined with husband and former President of the United States, Barack Obama. Refreshingly, she speaks purely from her own voice in her memoir, detailing the minute and the ordinary that reveals so much about a person’s character. Michelle’s version of events reads like the missing piece of a puzzle – she has an openness that Barack, despite his warmth and charisma, kept close to his chest – and this makes it as fascinating a read as the woman on which it’s based. For a political memoir, she spends almost her entirety making it as unpolitical as she possibly can.

It’s the little things that stand out; even at the very start, she writes of being able to toast a slice of bread (with lashings of melted cheese, naturally) – completely alone – without someone having to insist they do it for her. Her relief at something so small sets the scene for how she largely feels about her political life, one that, at least as it was, she’s relieved to see the end of.

Of herself, she says she an ordinary woman who has led an extraordinary life. From her years at Princeton to her early career as a Harvard-educated lawyer, she is a “striver,” and a “box checker” and one eager to please until she feels compiled to “swerve” following the death of her father at just 55 and close college friend at just 26. “Life is short and not to be wasted,” she wrote. “If I died, I didn’t want people remembering me for the stacks of legal briefs I’d written. I felt I had something more to offer the world.”  This much we know, of her steeliness and determination. And much we don’t but she recounts in a way that makes it impossible to doubt that she was ever meant for anything less than the woman who would inspire millions of young women and girls around the world.

When it comes to her narrative on race, she writes, despite a fairly idyllic childhood, of how the neighbourhood she grew up in was transformed by “white flight,” and later “deteriorated under the grind of poverty and gang violence.” And an early experience with the police via her beloved brother Craig taught her that “the colour of our skin made us vulnerable.” But most of her narrative comes not via her own perception, but of those around her – the “slanted commentary on race.”  “The rumours and slanted commentary always carried less than subtle messaging about race, meant to stir up the deepest and ugliest kind of fear within the voting public. Don’t let the black folks take over.”

Related: ‘I felt like I had failed’: Michelle Obama candidly opens up about miscarriage and IVF

The book also comes with a fascinating glimpse into the relationship between her and Barack. Starting out as work colleagues and friends, she recalls the time she tried to set him up with other single women, only to discover he was just “too cerebral” for Happy Hour nights where this might occur.

“I woke one night to find him staring at the ceiling, his profile lit by the glow of street lights outside. He looked vaguely troubled, as if he were pondering something deeply personal. Was it our relationship? The loss of his father? ‘Hey, what are you thinking about over there?’ I whispered. He turned to look at me, his smile a little sheepish. ‘Oh,’ he said, ‘I was just thinking about income inequality.’”

And then there is the joy of their coupling, the times where they were just happy “and it was enough” alongside the darker times; the compelling insights into the sorrow of miscarriage, the loneliness of living with a man whose sense of purpose often overshadowed everything else, the adjustment to a public life where she felt an almost-permanent sense of guilt that even her daughter’s birthday was taken over by politics.

“We were never alone. We had staff around us, agents guarding us, members of the press waiting for interviews, onlookers snapping pictures from a distance. If I needed something at the store, I had to ask someone to get it for me. If I wanted to speak to Barack, I usually had to send a request through one of his young staffers.”

Her political life, an unwanted journey into politics for a large portion of it is, she says, at an end, despite our longing for #Michelle2020. “Because people often ask, I’ll say it here directly: I have no intention of running for office, ever. I’ve never been a fan of politics, and my experience over the last ten years has done little to change that. I continue to be put off by the nastiness – the tribal segregation of red and blue, this idea that we’re supposed to choose one side and stick to it, unable to listen and compromise, or sometimes even to be civil. I do believe that at its best, politics can be a means for positive change, but this arena is just not for me.”

But it doesn’t mean she has reached any sort of end, despite her time at the White House being over – she’s only 54, after all – and this ties, fittingly into the book’s title. Everyone keeps becoming, she says, pointing out that the weight of being asked as a young child what we’d like to be when we grow up is misleading for this reason.

And so, it is a book that ends on something of infinite hope, as she writes in its final segment ‘Becoming More.’  “Everything was not lost. This was the message we needed to carry forward.” And carry it you do, only thankful that, regardless of whatever may come, we still at least have Michelle Obama. A woman of warmth, positivity and utter authenticity in an era where we need all those things more than ever. 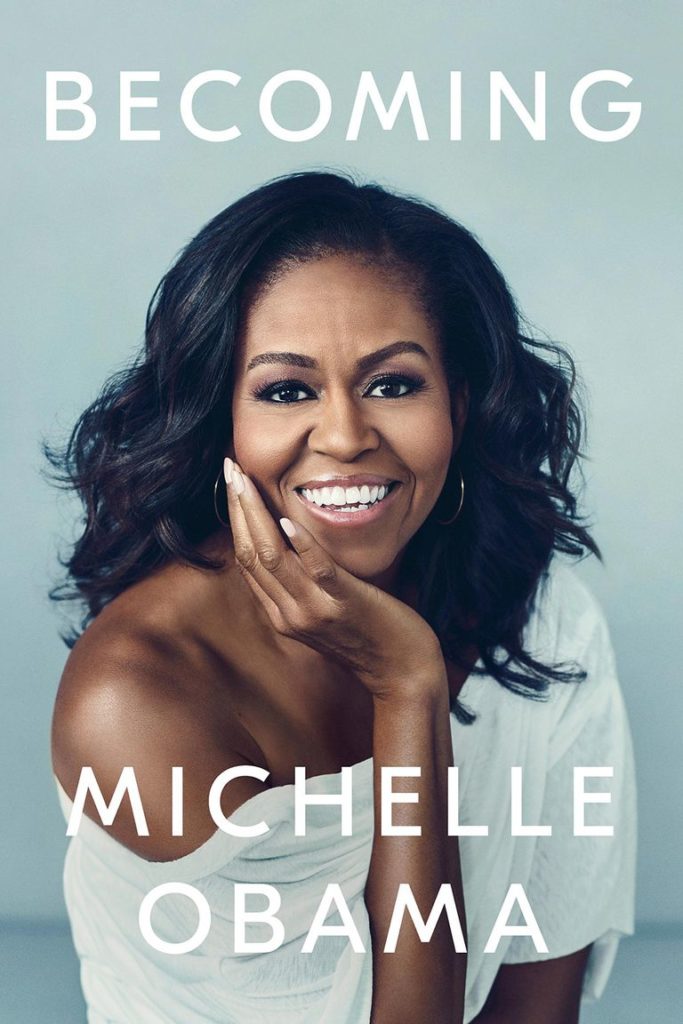 Becoming by Michelle Obama (Penguin Ireland, approx. €24.99) is out now.