Renée Zellweger takes on the role of Judy Garland in a new biopic about the late ‘Wizard of Oz’ star’s life. Featuring some of Judy Garland’s best-known songs, ‘Judy’ celebrates the voice of the troubled actress, as well as highlighting her struggles with pill addiction. Watch the new trailer, in full, below

Judy Garland, who is best-known for her portrayal of Dorothy Gale in MGM’s Wizard of Oz (1939), had a troubled life, even in her early years.

Originally named Frances Ethel Gumm, the actress was constantly criticised for not being ‘Hollywood material’. Everything from her name to her appearance seemingly wasn’t good enough; something which affected her mental health and wellbeing until her premature death at the age of 47.

The Minnesota-born actress suffered from alcohol and pill addiction, as well as financial instability, until she eventually succumbed to an accidental overdose in 1969. 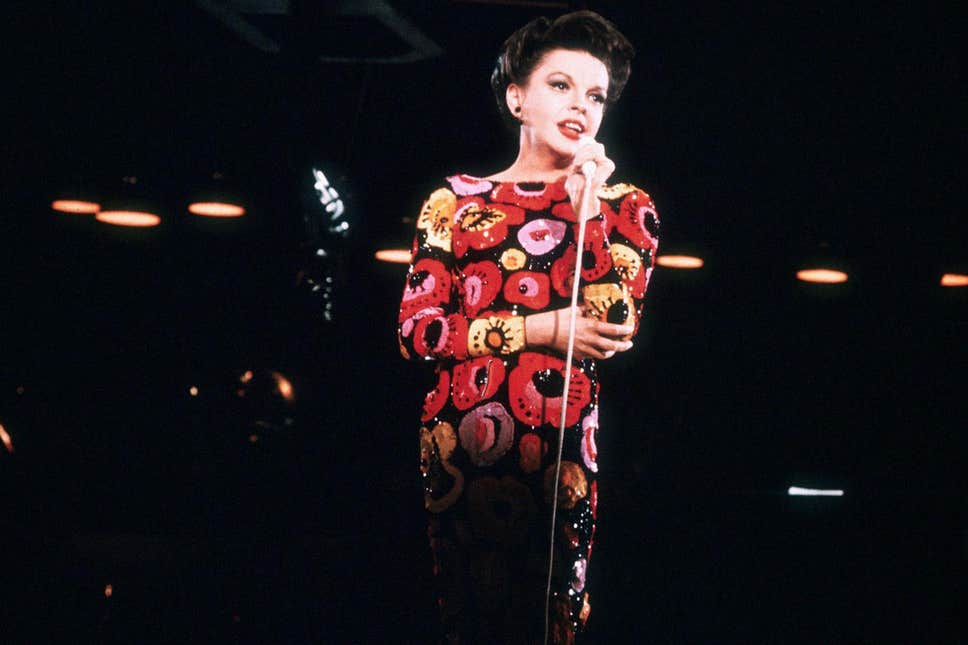 Judy Garland, ‘Live at the London Palladium’ circa 1964

A new biopic, directed by Rupert Goold, tells the tale of Judy Garland’s later years. Set in the winter of 1968, just six months before she died, Judy shows the star as she arrives in London to perform a five-week, sold-out run at The Talk of the Town. It is 30 years since she shot to global stardom in The Wizard of Oz, and while her voice has weakened, its dramatic intensity has only grown.

Played by Academy Award-winner Renée Zellweger, Judy Garland is shown as a woman with a lot of love to give. She cares deeply for her children and she’s passionate about her art, but pill addiction and money troubles (plus a sharp tongue and wit) leave her struggling with life.

“Everybody has their troubles,” we see Renée Zellweger say in the trailer, “and I’ve had mine. I just want everybody wants… I just seem to have a harder time getting it”.

Judy is expected to hit Irish cinemas in October 2019. Watch the new trailer, in full, below: