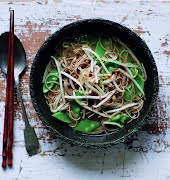 Adele and Lady Gaga are just two of the 842 new invitees to the Academy of Motion Pictures Arts and Sciences; half of which are women…

The Academy of Motion Pictures Arts and Sciences is raising its female membership by extending invitations to 842 new members and half of them are women. This is a 49% increase on the year before.

The new members are from a range of countries (59 in total) and in 10 of its 17 branches, more women than men were invited.

Best. Day. Ever. We’re excited to invite these 842 inspiring storytellers to the Academy.
Tweet your welcome using #WeAreTheAcademy today.https://t.co/glplZscerD

This is the fourth year in a row in which hundreds of prospective members were invited to join. It will push the number of active members of the academy to 9,000.

What’s more, 29% of the 842 invitees were non-white film professionals. The Academy has come under scrutiny in recent years for lack of diversity in both their members and Oscar nominee lists. The Academy had limited the number of new members, but following the #OscarsSoWhite controversy in 2016, this was changed.

The movement came in response to an all-white slate of nominees for two consecutive years. Following the backlash, the Academy vowed to double the number of non-white and female nominees by 2020. It has already doubled the amount of non-white members, and with next year’s round of invitations, it will hit its female goal too.

While this a record-breaking number of women, females still only make up 32% of the total membership. Simialrly, non-white nominees are still a minority, representing only 16% of the grand total.