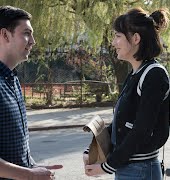 According to a new report by the UN’s Office on Drugs and Crime (UNODC), the home is the most dangerous place for a woman to be. Of the 87,000 recorded female homicide cases in 2017, 50,000, or 58%, were committed by the intimate partners or family members of those women.

The findings were released to coincide with the UN’s International Day for the Elimination of Violence against Women, which took place yesterday. The figures equate to six women being killed every hour around the world by people they know.

The report found that, although men make up the majority of homicide victims worldwide, women are disproportionately affected by violence from a family member or loved one, often due to gender stereotypes and inequality. The death of women by the hands of family members or partners “does not usually result from random or spontaneous acts,” according to the report, but rather, “from the culmination of prior gender-related violence.”

While the report recognised the efforts made by many countries, through legislation, criminal justice training and multi-agency efforts to curb violence against women, it noted that there are still no signs of a decrease in the number of gender-related killings of women and girls.

Speaking about the findings, Yury Fedotov, the Executive Director of UNODC, called for targeted criminal justice responses to prevent and end gender-related killings. He said: “women continue to pay the highest price as a result of gender inequality, discrimination and negative stereotypes”.

United Nations Secretary-General António Guterres called violence against women and girls a “moral affront” and a “mark of shame” on society.“Not until the half of our population represented by women and girls can live free from fear, violence and everyday insecurity, can we truly say we live in a fair and equal world,”  he said.