If I had to eat one meal for the rest of my life, I would choose dal in a heartbeat. It was a weekly staple when I was growing up, and I used to tear into fresh rounds of homemade chapatti just to mop my plate clean. This is a version I first made when I was homesick and in desperate need of a winter treat. Parsnip and fennel are perhaps unusual additions to a dal, but together they give it an almost herby, anise-like twang.

Put the lentils, turmeric, bay leaves and stock in a large saucepan over medium heat. Bring to the boil, then reduce to a simmer, cover and leave to cook gently for about 30 minutes.

In a bowl, mix the fennel and parsnip with the oil, cumin and ¼ tsp of the salt. Tip out onto a baking tray and roast for 25-30 minutes, or until tender.

Meanwhile, in a medium non-stick frying pan, temper the spices: pour in the oil and set over medium heat. When it’s hot, fry the mustard, fenugreek, cumin seeds and asafoetida until they’re fragrant, the mustard seeds “pop” and the pungent aroma of the asafoetida starts to subside.

Add the onion, ginger and chillies, and continue to fry until the onion is soft and translucent. Pour in the diced tomatoes and chilli powder, and cook for a further 3-4 minutes until the tomatoes have softened.

When the lentils are creamy and ready, season with the remaining ½ tsp of salt. Pour over the tempered spices and oil, then add the roasted fennel and parsnip, and mix well.

Garnish with coriander leaves and flaked almonds, and serve with naan breads, rice or chapattis.

Naan breads: plain, garlic and peshwari
Naan breads are traditionally baked in a clay oven, giving them their distinctive burnished exterior and fluffy interior. To get a similar result at home, I use a combination of baking in the oven and charring over an open flame.

Method
In a large bowl or the bowl of an electric mixer, stir together the milk, sugar and yeast. Leave for 5 minutes, or until frothy, then stir in the yoghurt, aquafaba and oil. Sift in the flour and salt and mix well. Now knead the dough, either using the mixer’s dough hook or by hand on a well-floured worktop, until smooth and elastic – this should take 7-10 minutes. Shape it into a ball and put it back in the bowl, then cover with a clean tea towel. Leave somewhere warm to rise until doubled in size, about an hour.

Punch the risen dough down, to knock out some of the air, then tip out onto a floured worktop and divide into eight.

Roll into balls, then flatten and stretch into ovals about 3mm thick. Place on the baking trays, cover again and leave to rise for 10 minutes. (If you don’t have enough baking trays – or oven space – to accommodate all the breads at once, you can cook them in batches.)

Bake the breads for 7-8 minutes, until firm but not browned. If you have a gas stove, use tongs to hold each bread over a low flame until golden all over and lightly charred in places. If you have any other type of hob, or if you prefer not to cook directly over a flame, place a nonstick frying pan or chargrill pan over low heat and sear each bread on both sides.

For garlic naan, knead half the garlic into the dough, making sure it is evenly distributed, then prove and cook as above. Brush the cooked naan breads with vegan butter and sprinkle with the rest of the garlic and the coriander.

For peshwari naan, mix the raisins, almonds and coconut together. Roughly flatten each dough ball, place a heaped tbsp of raisin mixture in the middle and bring up the sides to seal it in the centre of the ball. Shape, prove and bake as above.

Aquafaba
Aquafaba means “bean water”, and it is the slightly viscous liquid that you find in a tin of chickpeas. It is an excellent egg substitute in baking, and I adore cooking with it. In fact, you can use the liquid from pretty much any type of bean, although I do suggest using a white bean so it doesn’t affect the colour of the final dish too much. Whenever I open a tin of beans, I drain the aquafaba into ice-cube trays and pop them in the freezer. If you make each cube with 1 or 2 tbsp, you’ll know how much to take out and melt when you need to use some aquafaba in your baking. 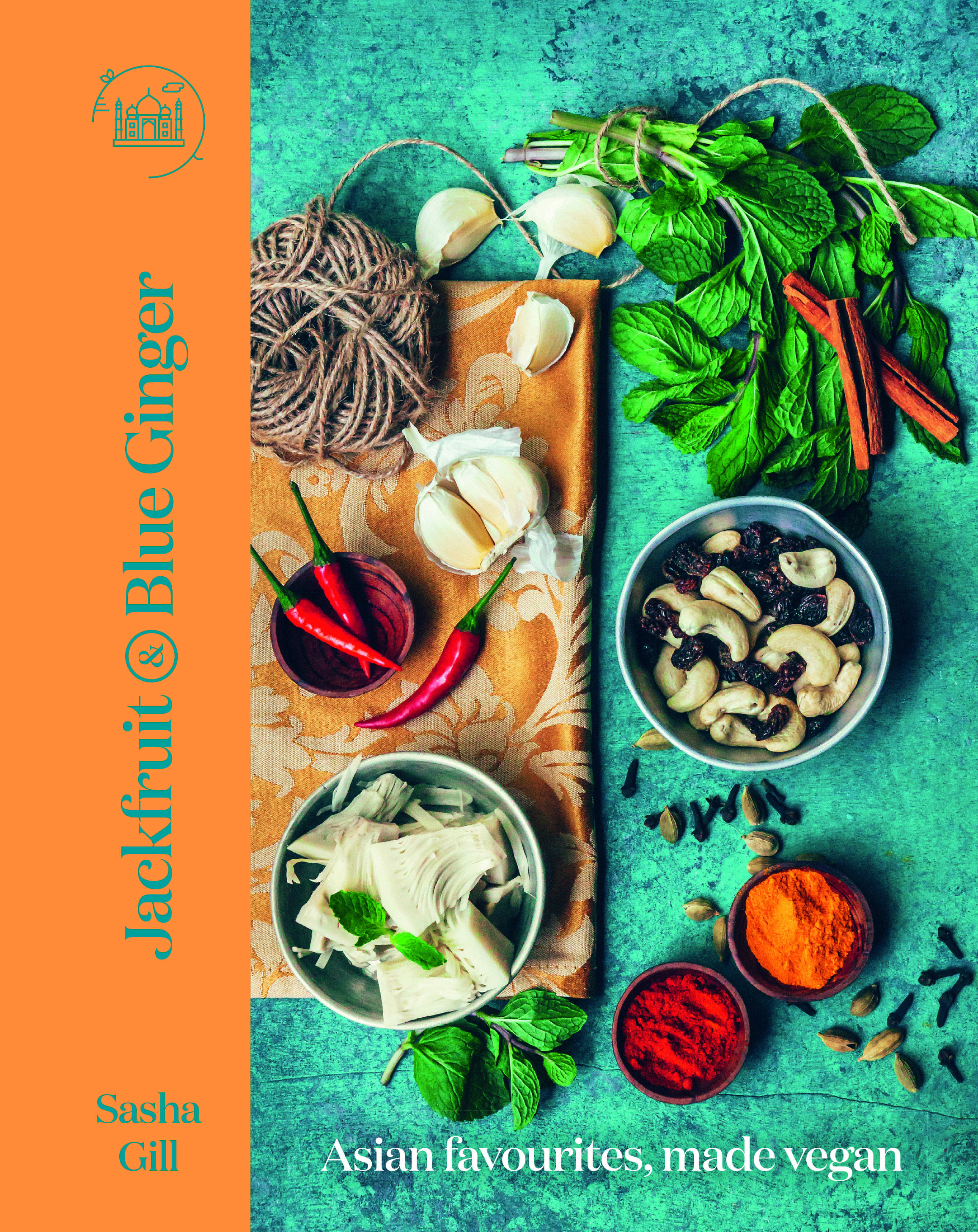