More than 50,000 people applied for tickets to see Michelle Obama speak at London’s South Bank Centre last night. Only 2,700 of those were treated to an hour-long discussion between the former first lady and Nigerian author Chimamanda Ngozi Adichie.

The event, which was organised to promote the former first lady’s book Becoming, became so much more than that. While on stage, the mother-of-two shared advice for parents; encouragement for women; and inspiration to people everywhere by speaking candidly about her upbringing, marriage, and self-doubt.

Encourage your children to use their voice

“My mother would always tell me, ‘I’m raising adults, I’m not raising babies’,” the Chicago-native began. “Her philosophy was that we could understand a lot if she took the time to explain it. It was never ‘speak only when spoken to’. She encouraged us to let our voices be heard.

“My parents believed my voice was relevant, and my opinions were meaningful, and my anger and frustration were real. And that’s something that’s important for parents of any socio-economic background to realise.

“We all have doubts in our abilities; about our power and what that power is…”

“My parents saw this flame in me,” she told the audience. “And instead of doing what we often do to girls who are feisty, which is try to put that flame out, to douse it, because we’re worried about them not being lady-like or being bossy; they found a way to keep that flame lit, because they knew I’d need it later on.

“And to have that flame lit in a girl means that you have to value her voice and let her speak.” 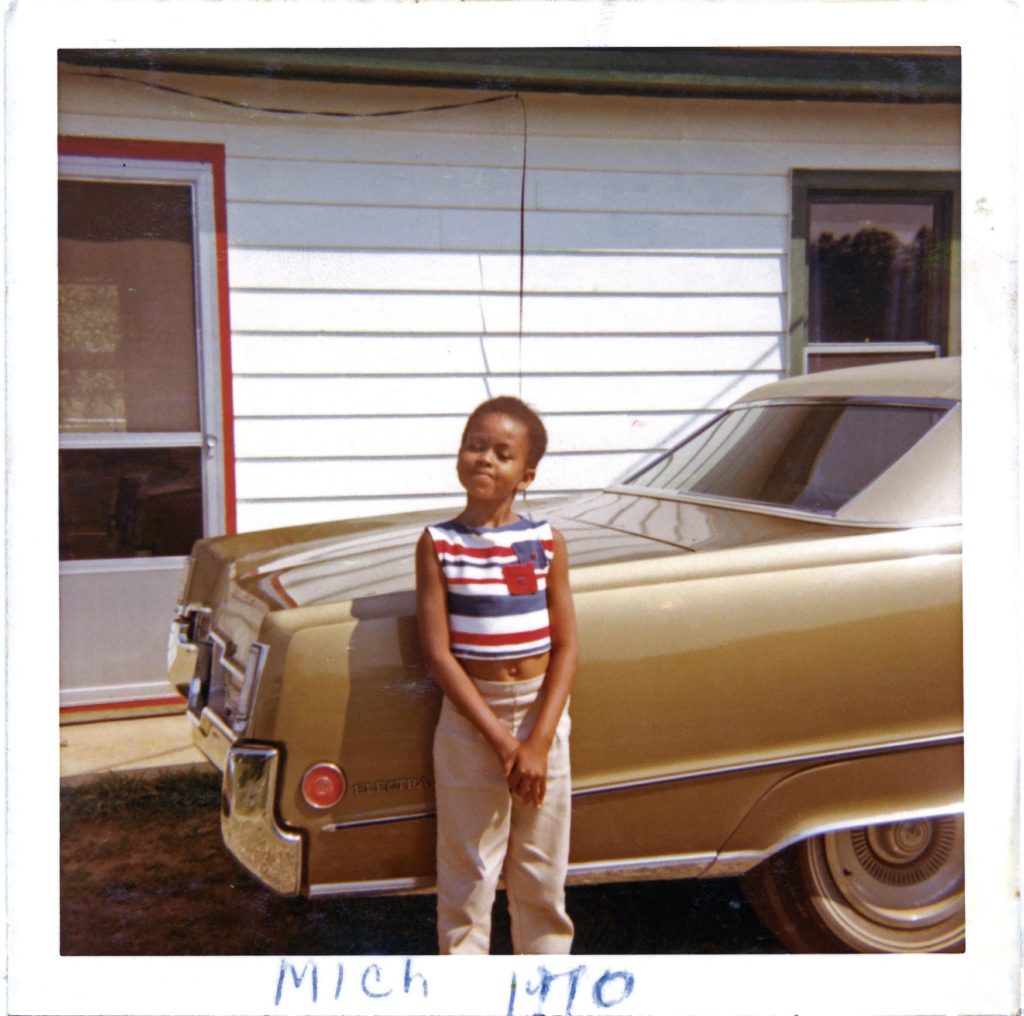 We all have doubts in our abilities

Michelle went on to say it’s normal to doubt yourself. It doesn’t mean you’re not worthy of success. “I still have a little impostor syndrome,” she said, “it never goes away, that you’re actually listening to me. It doesn’t go away, that feeling you shouldn’t take me seriously.

“I still feel that, on some level, I have something to prove because of the colour of my skin, because of the shape of my body, because who knows if people are judging me. What do I know?” She asked.

“I share that with you because we all have doubts in our abilities; about our power and what that power is.

“If I’m giving people hope then that is a responsibility, so I have to make sure that I am accountable. We don’t have any choice but to make sure we elders are giving our young people a reason to hope.” 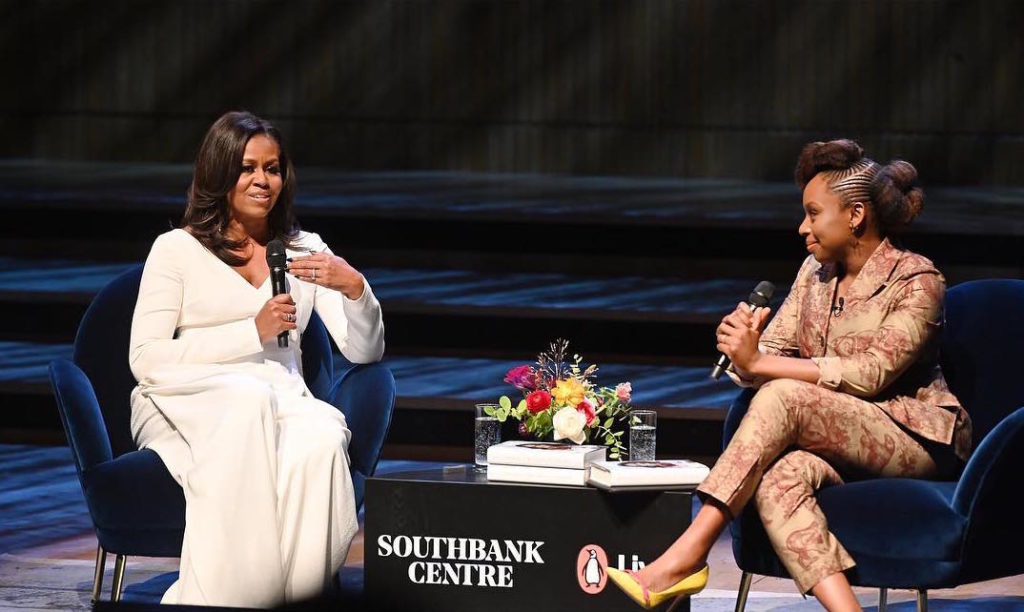 Photo of Michelle Obama and Chimamanda Ngozi Adichie, via Chimamanda Adichie on Instagram

Don’t be intimidated by people in power

Lastly, in a piece of advice for people everywhere, Michelle said we (the ordinary people) are often more intelligent than those in power. It is our responsibility to make our voices heard, so that the not-so-wise people in power get pushed out.