MET Éireann has issued a Status Yellow weather warning for 16 counties in Ireland. The warning, which is valid until 3 pm on Tuesday, is for heavy rain and wind.

In a statement shared on its website, the MET office said there will be heavy rainfall later tonight and tomorrow in all of Munster, Dublin, Carlow, Kilkenny, Wexford, Wicklow, Galway and Mayo.

Forecasters advise 20-30 mm of rain will fall over a short period, leading to some surface flooding. Higher amounts of surface water are predicted for mountainous areas.

What’s more, southeasterly winds will strengthen over the next 24 hours; with Munster, Dublin, Carlow, Kilkenny, Wexford, Wicklow, Donegal, Galway, Leitrim, Mayo and Sligo most affected. Average speeds of 50-65km/hr (with gusts of 90-100km/hr) are expected. 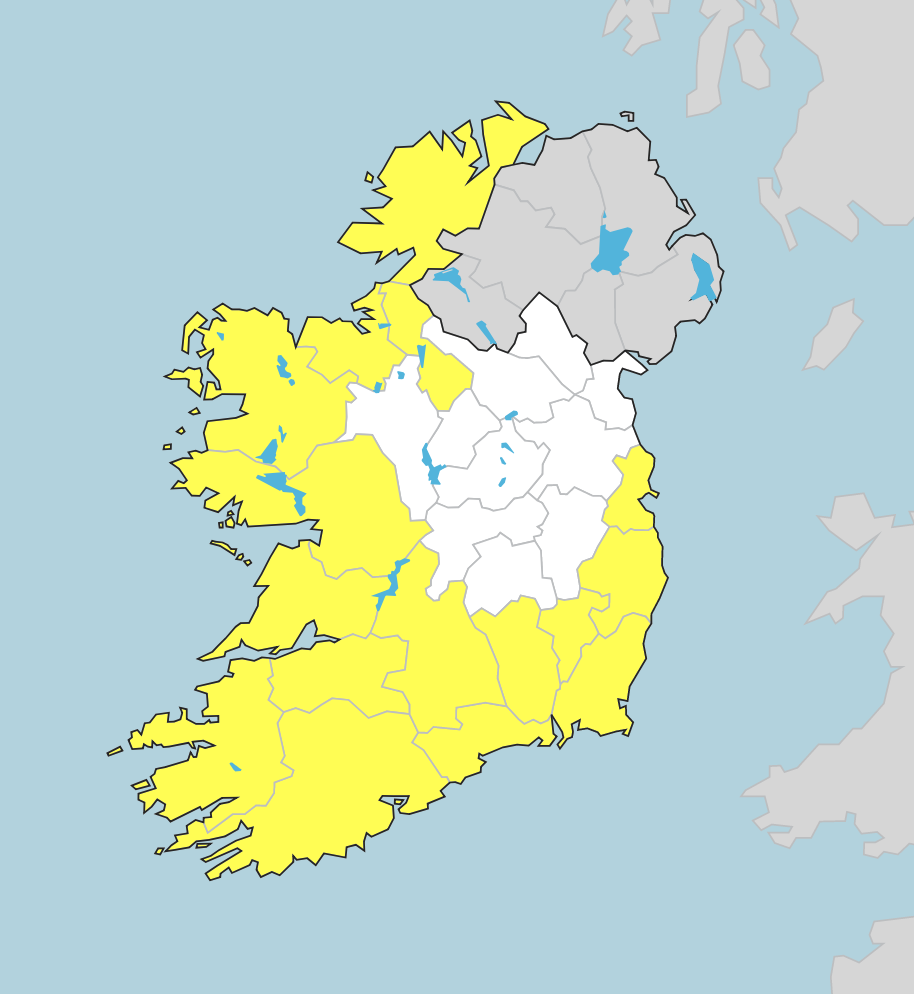 While the weather warning is only in place until Tuesday afternoon, Wednesday will be wet and windy too. This is largely due to a storm brewing over the Atlantic Ocean.

So-named by the Portuguese weather service, Storm Diana will bring strong winds and heavy rain to northwestern parts of the Azores on Tuesday. The storm will then merge with another area of low pressure on Wednesday, bringing wet conditions to Ireland and the UK. It’s important to note it will have lost its storm status by the time it reaches here.

Rain will clear from the west by Wednesday evening, though it will likely be heavy at times in the north. The strong, southerly winds will veer southwesterly later. 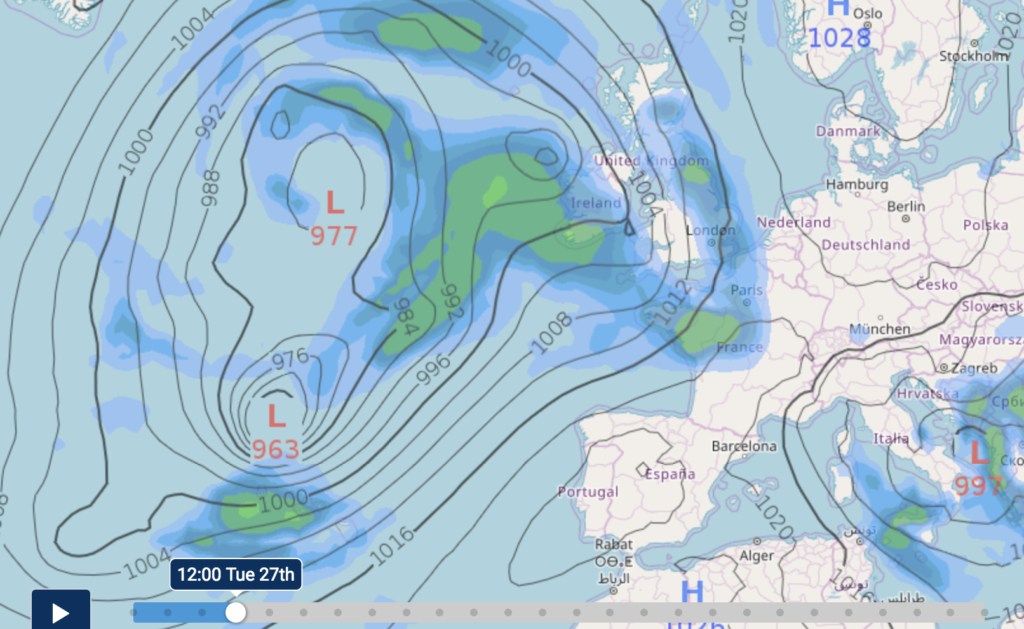 As always, AA Roadwatch asks drivers to be particularly careful while driving on wet roads. “Be aware that stopping distances are longer in wet conditions,” they said on Twitter, adding, “only drive through water if you know it is not too deep for your car.”

“Drive slowly through high water in a low gear, and test your brakes as soon as you get out of the water.

“In high winds, allow a large gap between you and other vehicles. Give a wide berth to cyclists, pedestrians and motorcyclists, and look out for wind-blown debris. High-sided vehicles are especially vulnerable on exposed roads,” they said.

For more information on the weather in your area, visit Met.ie.

Photo by Daiga Ellaby on Unsplash