MET Éireann warns there’s another storm on the way

Storm Ali left two people dead and almost 200,000 homes and businesses without power, but the bad weather isn’t over yet. MET Éireann has warned another storm could hit the country as early as this weekend.

A status yellow rainfall warning is currently in place for counties Carlow, Kilkenny, Wexford, Wicklow, Cork, Tipperary and Waterford until 9 pm tonight. Forecasters say rain will be persistent and heavy at times, especially in the afternoon, with a risk of spot flooding. Totals of 25 to 40mm of rainfall are expected, with highest values likely near the coast. 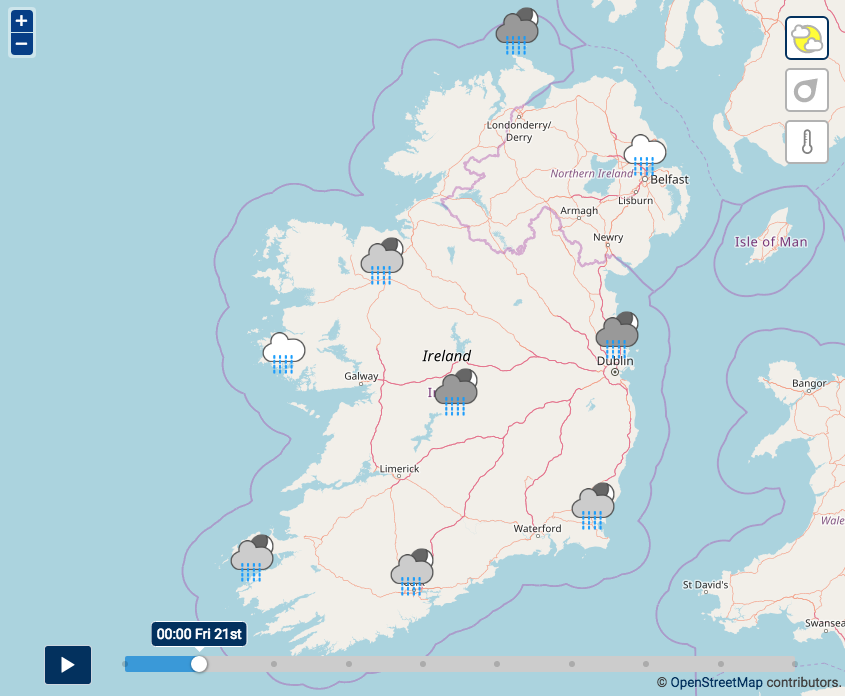 What’s more, they’re tracking a turbulent weather system which may develop into Storm Bronagh over the weekend. It all depends on a large area of low pressure. If it continues to grow, it will bring extremely wet and windy weather on Sunday.

Speaking to the Irish Times, meteorologist Pat Clarke said, “We’re monitoring it with the British Met Office to see whether it will happen or not. There is a lot of uncertainty about tracks and whether it will develop or not.” If the storm does develop, it is expected to be more widespread than Ali was.

The aftermath of Storm Ali

In the meantime, people all over the country are facing the aftermath of yesterday’s storm. A Swiss woman was killed in Galway yesterday morning when the caravan she was in blew off the edge of a cliff. President Michael D Higgins shared a message of condolence shortly afterwards, saying he is “deeply saddened to learn that Storm Ali has already claimed one victim today. As President of Ireland, may I express my deepest condolences to her family.”

The storm claimed another life in Armagh later in the day, when an engineer was reportedly hit by a falling tree while carrying out work in the area. It’s believed his colleague was also injured during the incident.

ESB Networks worked tirelessly overnight to restore power to approximately 140,000 homes and businesses. They are hopeful the remaining people’s power will be back by tonight.

Good Morning. Our crews are working safely and quickly to restore power to our customers in the aftermath of Storm Ali. We have restored 147k customers and are working on restoring our remaining 39k customers without power. pic.twitter.com/dQpH5kWxXZ

Meanwhile, yesterday’s widespread travel disruption has continued into this morning. Luas announced there is disruption on its green line due to weather damage. In a recent post on their Twitter page, Luas said, “There is no service operating between Cowper and Dawson. Luas tickets valid on Dublin Bus for the duration of the disruption.”

#GreenLine service update. There is no service operating between Cowper and Dawson. Luas tickets valid on Dublin Bus for the duration of the disruption. Please see https://luas.ie/travel-updates/ for more information.