Actress Jennifer Lawrence is praised for many things: her realness, relatable persona and of course, serious talent. She hasn’t been frequently referred to as a voice of her generation for nothing.

However, Lawrence isn’t about to let worldwide fame and a life of apparent?glamour stop her voicing her opinions about the real things that matter to her. Creating further awareness of issues such as anxiety, loneliness and the gender pay-gap mean a great deal to this star and recently she’s spoken often?about the latter.

?Some news show called my essay a ?bratty display?, and I was like, ?Thank you for proving my point.? Would you have called a man a brat??

She recently penned an astute essay about the pay-gap in the industry. Although she was widely lauded for her candour, not everyone was thrilled. In fact, she got a significant amount of backlash for standing up and speaking out, with many calling her a ?brat? – exactly what she feared initially. However, she was not about to let such comments slide, rightfully pointing out that they wouldn’t have occurred if she were male.

?Some news show called my essay a ?bratty display?, and I was like, ?Thank you for proving my point,?,? J-Law told Entertainment Weekly. ?Would you have called a man a brat??

She also added that those spouting such criticism had clearly missed the point of her essay. ?I was very clear: My problems are not relatable. This is not about money. I don’t need money, I have plenty of money, I’m already overpaid. What I was trying to write about was how my own mentality was getting in my own way.? 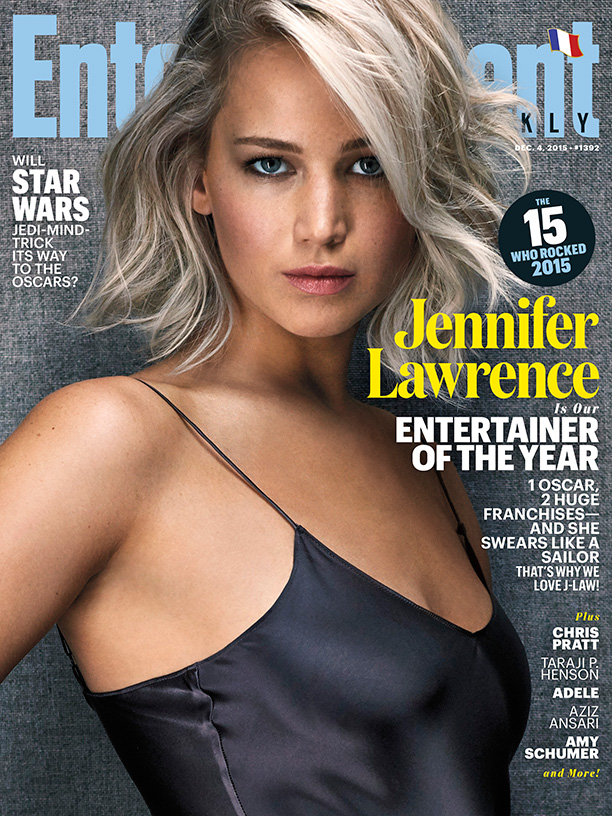 Her post’detailed how she felt as if she had ?failed as a negotiator? because she was afraid of not being liked. ?When the Sony hack happened, and I found out how much less I was being paid than the lucky people with dicks, I didn’t get mad at Sony,? she wrote. ?I got mad at myself. I failed as a negotiator because I gave up early.? What added to her fury was, she said, the fact that a male wouldn’t have to even contemplate such thoughts.

?I don’t think I’ve ever worked for a man in charge who spent time contemplating what angle he should use to have his voice heard,? she continued. ?It’s just heard.?

However, she won’t be making the same mistake twice, as Lawrence revealed that since her essay, she has gone through a substantial amount of personal growth, and is no longer willing to stay silent because of her gender or likeability factor. The way forward, according to The Hunger Games star, is to stand your ground, denouncing the ?victim? title that females are frequently labelled with.

?It is harder for a woman to be blunt than a man. It just is. We’re not victims because we have vaginas – we need to push through that idea,? Lawrence added. ?I feel like I’ve stopped all that bullsh?. I say exactly what I mean. I can see that it takes people aback at first, but then they see that’s how you operate: straightforwardly. It’s about being assertive with your voice and not being ashamed.?

We hope every female celebrity jumps on this empowering J-Law bandwagon, ensuring their voices continue to remain heard.