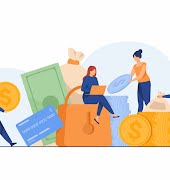 Climate activist Greta Thunberg is sailing to New York so as not to create unnecessary carbon emissions by air travel. Here’s what her two-week journey will entail

Greta Thunberg, the 16-year-old activist who is raising awareness for the climate crisis, is setting sail for New York. The Swedish-native refuses to travel by plane because of the harmful carbon emissions it would create, and so she will travel by boat across the North Atlantic to attend a climate conference.

Her journey to the United States will last approximately two weeks, during which she’ll be travelling on an 18-metre racing yacht called the Malizia II.

Related: Greta Thunberg tells MPs that her
generation’s future has been ‘stolen’

The journey is free of charge, courtesy of the vice president of the Monaco Yacht Club Pierre Casiraghi, and German round-the-world sailor Boris Herrmann. The pair will take turns manning the yacht while Greta, her father Svante Thunberg, and a cameraman enjoy the ride.

We use the word ‘enjoy’ loosely, as the vessel is far from luxurious (and the 16-year-old has already experienced sea-sickness).

The racing yacht, which is specially designed for a fast ride, has ‘wings’ to help it catch the wind. Beyond hi-tech navigation equipment and a laboratory to monitor CO2 levels in the water (all of which are powered by solar energy), there’s little else on board.

There are four bunks; one of which the two sailors will share in turns.

There is no bathroom; rather a blue bucket which can be emptied overboard after-use. Then, when it comes to food, Greta and her sail-mates will eat freeze-dried packets of vegan food mixed with water heated on a tiny gas stove.

“If it’s really hard then I just have to think it’s only for two weeks and then I can go back to as usual.”

Speaking about the journey, Greta said, “I feel a bit seasick and it’s not going to be comfortable but that I can live with. If it’s really hard then I just have to think it’s only for two weeks and then I can go back to as usual.”

The teenager has packed a number of books to read on board, as well as eight writing journals. She also hopes to send updates about her journey to friends back home via an onboard satellite phone. Speaking to the press ahead of her journey, Greta admitted she would miss her two dogs.

Boris Hermann, the German captain who has crossed the Atlantic on numerous occasions, said, “I feel a special responsibility also because it’s an important trip for Greta and we promised to bring her over. I admire her leadership.”

Read more: ‘It is time to rebel’: Greta Thunberg features on new 1975 song about climate change

Read more: 10 easy switches you can make to live a more sustainable life