Are you the manager of your household? We’re not surprised

Years ago, I sat in Facebook’s Dublin office to hear Sheryl Sandberg talk about “leaning in”. This was before she lost her husband in a tragic accident, it should be noted. A man stood up to ask how he could support the women in his life. Sandberg shared the advice she said she always gives men who say “what can I do?”: “Do laundry.” The women in the audience roared with laughter and nodded knowingly.

In February, Jennifer O’Connell wrote in her Irish Times column that for Valentine’s Day, perhaps men should forego the garage-bought roses and instead do some chores. That’s not to say that it’s solely women’s responsibility to do these jobs, and we just want a day off. No, we’d just really like it if men would do more of them.

I, for one, consider myself lucky to be married to my best friend, someone who from day one I made sure knew I wanted a modern-day, equal relationship, and that I would under no circumstances find myself doing chores into the wee hours while he did whatever he pleased. The reality is our relationship is pretty much equal, but it’s not 50/50. Just like with the boardroom, while most relationships aim for equality, they’re not quite there yet. And this goes for couples where the woman is working inside the home as well as out.

“Women are basically doing two shifts – the paid shift at work and the unpaid shift at home.
In fact, men have five hours’ more leisure time per week than women.”

“There is no such thing as a woman who doesn’t work. There is only a woman who isn’t paid for her work,” says Caroline Criado Perez, author of Invisible Women: Exposing Data Bias in a World Designed for Men (Chatto & Windus, approx €20). “All the evidence shows that women are basically doing two shifts – the paid shift at work and the unpaid shift at home. In fact, evidence shows that men have five hours’ more leisure time per week than women.”

Perez’s book is filled with statistics about the amount of unpaid work women do compared to men, but here’s just one: “Globally, 75 per cent of unpaid work is done by women, who spend between three and six hours per day on it compared to men’s average of 30 minutes to two hours.” Yes, this has to be taken into context, with each country bearing its own variables, but even in the countries with the lowest gap, the gap is still considerable.

We’re not just talking about housework. After all, many couples outsource the cleaning in order to avoid a fight over who should do the dusting. There’s a whole heap of other tasks that life throws at us, especially once children come along. The parents’ WhatsApp groups. The birthday parties. The after-school activities. Making sure you have all the elements for the school lunches… If I were to tell you the number of things I have in my mental to-do list, you’d probably advise me to get a personal assistant. (Are there people you can hire to keep on top of the WhatsApp messages?) My husband, while amazing, is guilty of leaving a lot of those sorts of things to me (when I need to delegate one, he asks me to remind him later). To be fair, I’m not sure he really knows just how much of this work there is to be done (just as I don’t really know the number of hours he spends working on our household budget – I imagine many).

Termed “emotional labour”, this is the mental workload many women bear, and experts say it’s holding women back from reaching their goals, and affecting their health and wellbeing too.

“Evidence shows women are much more stressed than men, and this impacts on their physical as well as mental health,” says Perez, who points out we’re also hit by this gap financially. “It’s just not possible to do all the things that need to be done, particularly if you have children, and have the kind of dedication to your job that is required. In many ways, it’s a full-time job – doing all the unpaid care work women tend to do, and yet they’re somehow expected to do it alongside their full-time work. So they end up going part-time, and having less money while they’re younger and again when they’re older because they haven’t saved as much for a pension. Of course, this could all be stuff that men do too, but the fact is, they’re not doing it. There’s nothing in women’s biology that says that they’re the ones who have to take the career and financial hit, but that’s just the way it ends up happening nine times out of ten. Often, it’s men doing tasks here and there, but they’re not keeping the grand scale picture in their heads – they’re not being a manager,” says Perez. “Women are taking on the role of manager in the house, which requires a lot of brain effort.

“Women’s unpaid work is undervalued and invisible because it’s not counted in GDP,” Perez continues. “If it were, we’d have governments seeing the value in subsidising childcare, or providing free universal childcare. Until we start quantifying it, we will carry on thinking it’s just something that women will fit in.”

Those tasks like keeping budget sheets, or meeting with your child’s teacher? Elizabeth Emens, a professor of law at Columbia Law School, calls this “life admin”, and it’s something none of us can avoid. These are the invisible jobs that life just requires of us. But are women doing more of those jobs too? Apparently.

For her book, The Art of Life Admin (Viking, approx €15), Emens spoke to various couples, gathering data which proved enlightening. “Life admin is difficult to measure because so much of it is literally invisible, in that it is happening in our minds as we decide things or plan things. It’s also happening in our devices, through multi-tasking and in the margins of everything else,” explains Emens. “Some of the areas that have been studied, though, include household management, which has been described as the last barrier to gender egalitarian marriages; it definitely looks like women do more of this. The data indicates that women partnered with men are doing more life admin, particularly as it relates to children – managing children’s schedules and activities, what I call ‘kidmin’. Even the tasks some assumed men might do more of, like financial admin – the data suggests that when there’s money to invest or spend, men tend do this as often as women, but when there’s money that needs to be saved or debt to deal with, women are more likely to take this on.”

So, are women who work full-time outside the home and also have care duties to contend with (whether it’s children or an ailing relative) after they clock off from their day jobs burning the candle at both ends? Endocrinologist Dr Mary Ryan thinks so: “We see a lot of women who are the main care-givers who don’t seem to know when to say ‘no’ and are not listening to their bodies,” she says, going on to explain what burnout actually is. “Burnout means that your hormone control centre is out of whack. The pituitary gland controls all the hormones, and hormones control every muscle in your body. If you become over-tired, that gland gets tired too. Patients get aches and pains, irritable bowel, and it affects the sleeping pattern. Problems like infertility can arise. You have all the symptoms of tiredness and fatigue. Hormones also control the immune system, so you’re more likely to get infections. It’s typically people who are overdoing it and not recharging.

“I ask female patients to tell me about their day,” Dr Ryan continues. “They’re getting up at 7am doing practically everything and letting their husbands go to the gym. A lot of it goes back to childhood, when the mother did everything and they then see themselves as a bad mother if they don’t do it. We have to change that mindset. Listen to your body, and remember that you’re a mentor to your daughters and sons.”

Ever heard a woman (or yourself) say, “It’s just easier if I do it than to try and explain it to my partner”? Emens calls this syndrome “stickiness”. “Once you are the one who knows all the information that’s relevant to doing a certain task, it sticks to you, and then you are the expert and it is easier for you to do it than it is for someone else to step in and take over or for you to delegate it.” She advises women show their partners how it’s done while doing the task, and says we should pay our partners the same respect – trading jobs in order for both partners’ usual tasks to become more visible to the other, and also to allow each the chance to learn something new, which will likely come in handy someday. “I interviewed a widow who was blown away by seeing how much her husband had been doing,” says Emens. “She had to figure it all out for herself when he was no longer around to help her, which is a huge added burden when a person is already bereft.” I think it’s time I have that talk with the husband… 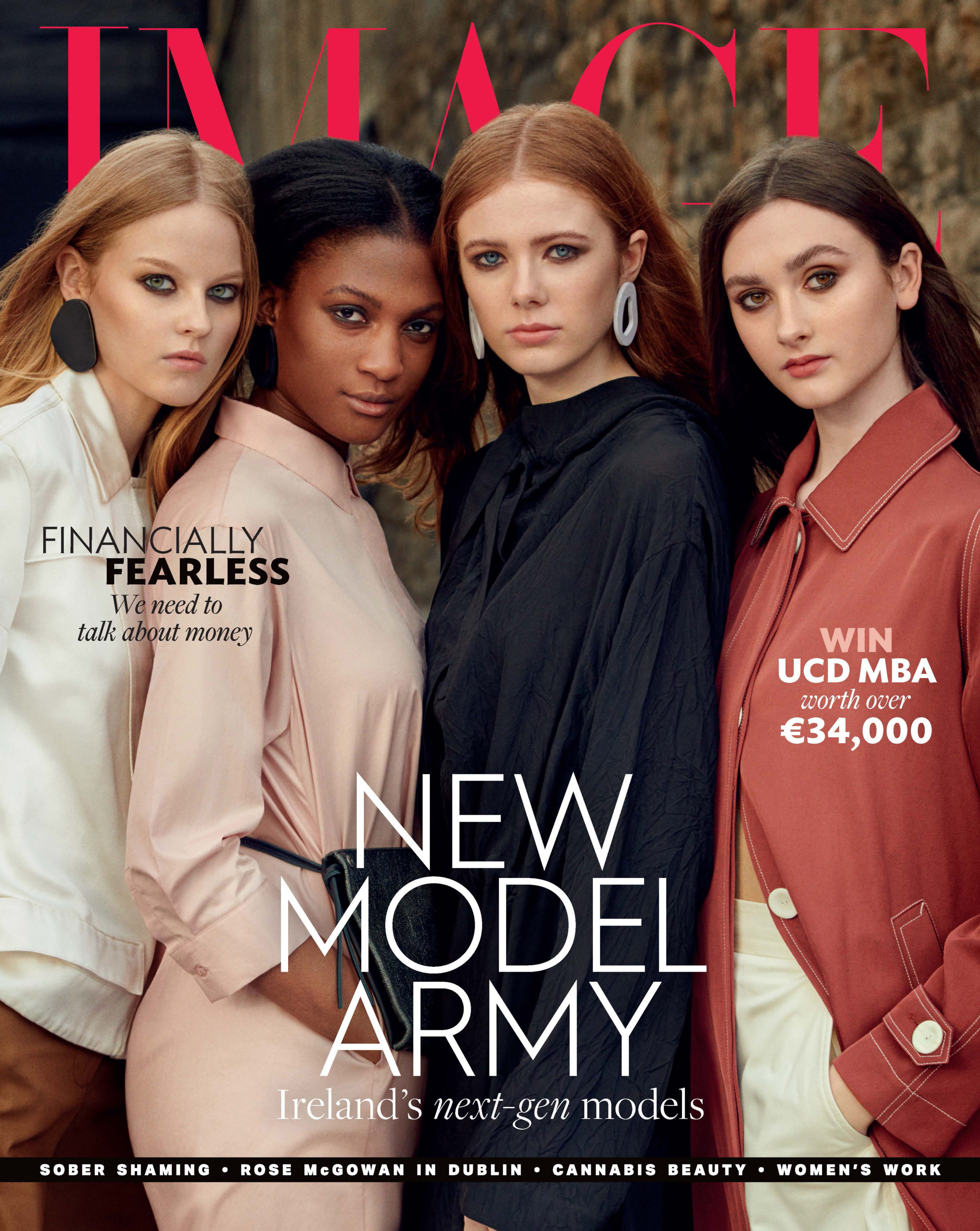 This article originally appeared in the April 2019 issue of IMAGE Magazine.