Let's talk about women in the home. I know, snooze-fest, the 1930s called and they want their headline back, etc, etc. But I'm not talking about physical work, though that is part of it. I'm talking about the mental workload.

Former UK Prime Minister Theresa May once commented that there are “boy jobs” and “girl jobs” and a boy job that fell under her husband’s remit was taking out the bins. While many criticised her categorisation of gendered roles and others took the opportunity to look at how to create more balance when it comes to household chores, some of us were left with a nagging question: Did she have to remind him he needed to take out the bins?

“Nagging” is the operative word here because it’s frequently followed by the words “woman”, “girlfriend”, “wife”, and “mom” as we nag our housemates, boyfriends, husbands and children. But truthfully, the mental capacity to stay on top of an array of work tasks, meetings, events and reports, as well as project manage an entire household is substantial. And that’s even before we actually do any of those tasks.

This invisible mental workload of organising, co-ordinating, accounting and an unending shopping list is what psychologists call the mental load. While women and men are beginning to share the “second shift” of working in the home (though it is by no means an equal division), women are still considered the manager of these household chores, and therefore expected to know what needs to be done and delegate accordingly.

French cartoonist Emma perfectly captured how this mental load plays out in the home, in a strip titled “You Should’ve Asked”. She discusses the over-reliance on women to take on the mental responsibility for the home — when you need to buy loo roll, what colour the next load of laundry will be, when you last changed the bed linen, when your child is due a check-up.

And what day the bins need to be put out.

The comic strip also points out that while this project managing role might be a relatively minor responsibility before you have children, once the added load of a defenceless human is placed on top, it becomes a struggle. The expectation that the mother must take maternity leave only adds to this pressure. During those first few months after the father has returned to work, a new mother shoulders much of the day-to-day responsibility of caring for a small child, such as preparing meals, finding a good paediatrician, researching schools, worrying about how quickly the child is hitting developmental goals. So, when she returns to work, her plate is suddenly overflowing with responsibilities. 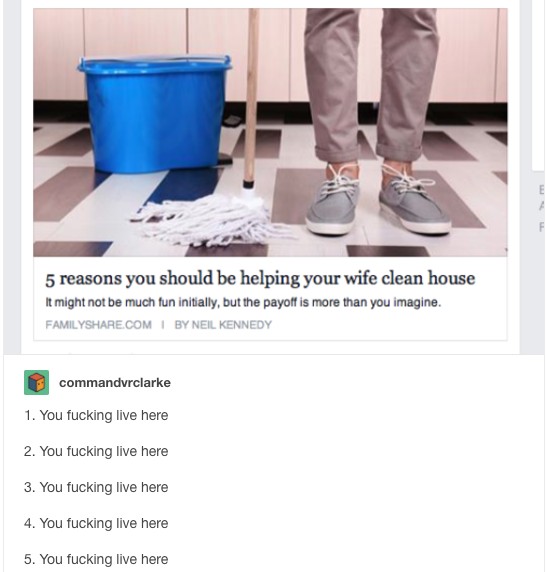 These nagging habits are not genetic but are behaviours learned during our childhood as we watched the adult relationships around us evolve and then are reaffirmed when a woman is left with sole responsibility for a child at its most dependent in those months after birth. There are plenty of ways to tackle this invisible load, from having a frank conversation with your partner about how you both feel the work is divided, to fighting for a longer paternity leave so fathers can become more involved in their child’s (and by association, their household’s) development. Check out Emma’s complete comic here.

This article was originally published in 2015

No, January is not the time to girlboss, actually