After baring her soul on her father’s alcohol addiction, coming to terms with the fact she would never have children of her own, and confronting sexual assault trauma from her past, in her deeply personal book of essays Notes to Self, Emilie Pine reflects on how writing down her inner most thoughts on paper has been cathartic.

Emilie Pine sits down with author Sophie White for the InstaStory Club with An Post, sponsor of the Irish Book Awards. Emilie, lecturer in the School of English, Drama and Film at UCD, had Notes to Self published in 2018, marking the first time Tramp Press published a non-fiction title.

Emilie is the third author to take part in this eight-week series, which can be found across IMAGE social channels by following the #ReadersWanted. We want you, the reader, to get involved by submitting your burning questions to our eight leading authors. See you on Instagram @image.ie! 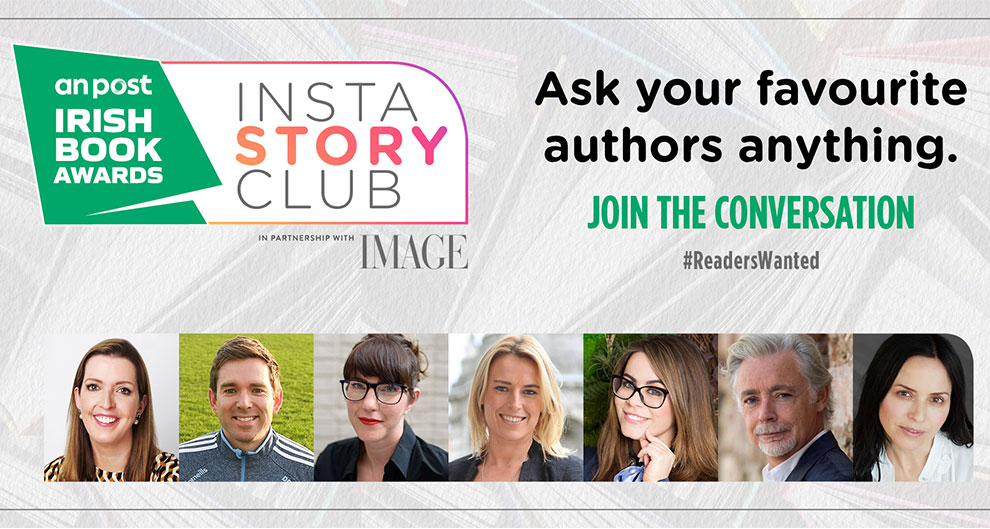 When Emilie Pine wrote a private essay on how her father’s brush with death after a lifetime of alcoholism impacted on her own life, she never intended anyone else to read it. But when her partner found her writings in a drawer, and encouraged her to send it to a publisher for a second opinion, an entire book was formed.

Notes to Self, a collection of personal essays written in the first-person, was released at a turning point in society for Irish women, when the eighth amendment was repealed, and the global #MeToo movement was gaining pace. The book went on to become a bestseller, and won Irish Book of the Year and Newcomer of the Year at last year’s An Post Book Awards.

“I thought it was such a quintessentially Irish book,” Emilie told image.ie, as part of the InstaStory Club with An Post, sponsor of the Irish Book Awards. “Because I am Irish, and I live here, so much of it is about my dad being an alcoholic, and that seems to be something that happens in Irish families a lot.

Read more: Vicky Phelan on how she overcame hardship

“And other aspects like the eighth amendment and so on came up in the book. It turns out that so many of those experiences are universal where women’s lives share all of these characteristics.”

Overcoming the issue of ‘finding her voice’ in her own writing was something Emilie struggled with when penning the book.

“One of the things for me, certainly in writing, was overcoming the idea that writing had to be stylistic in a different way, and not sound like my voice,’ Emilie said.

“And when [the publisher] said ‘we really like your style’ I said ‘I don’t have a style, that’s just how I would speak onto the page’ and they said ‘no no that is a style!’.

“I just had this idea that it had to be complicated or difficult. What lots of people say about Notes is that they like it because it’s so easy to read and straightforward, and it turns out that’s a compliment.

“It took me a really  long time to have confidence in that and to trust it. And that is about trusting your own voice and not listening to the critic which says ‘this is no good’ or ‘no one will care’. A huge part of that was my partner, who just was the cheerleader throughout it and a massive influence in terms of how I write. I really trusted his opinion so writing it in collaboration like that was really important.”

Emilie collaborated with Tramp Press on the book so much that it was the publishers that steered her in the direction of writing more of her own narrative.

They told her “the more interesting thing is your narrative, and your story, and if you tell that then other people can identify with it and take what they want from it, rather than trying to put a lecture onto the page”.

She said, “I really wanted to avoid that because women’s writing is so often talked about as ‘personal’ as if that were a way of putting it down. That slogan ‘the personal is political’ is so, so true. The most radical thing you can do sometimes is write about yourself.

“I do advocate for people writing – writing about things that have happened to them. It doesn’t have to be trauma, we should write about joy, and all kinds of every day experiences as well as the painful things in our lives. Writing is a way of owning your own experience, and of experiencing yourself as a creative person, and I think that’s enormously empowering.”