‘I’ve been battling hardship since I was 19’ – Vicky Phelan

She’s the trailblazer who is overhauling the women’s health system in Ireland one step at a time. But Vicky Phelan has been preparing for a role like this her whole life, she tells image.ie.

Vicky Phelan sits down with author Sophie White for the InstaStory Club with An Post, sponsor of the Irish Book Awards. Vicky, a mum-of-two, and women’s rights campaigner, has just released her first book, Overcoming, a bestselling memoir based on her real-life story which made headlines around the world last year and kickstarted a women’s movement in Ireland. Vicky is the first author to take part in this eight-week series, which can be found across IMAGE social channels by following the #ReadersWanted. We want you, the reader, to get involved by submitting your burning questions to our eight leading authors. See you on Instagram @image.ie!

We know Vicky Phelan as the face of the CervicalCheck scandal, who is campaigning for women’s rights and better health services in Ireland.

But the mum-of-two, who is living with cervical cancer since being diagnosed in 2017, has been battling with hardship since her teens.

In her new book, Overcoming, which reached number 2 on the bestseller list just a week after it was published in September, Vicky reveals she lost her boyfriend and two friends in a car accident in Paris when she was just 19. 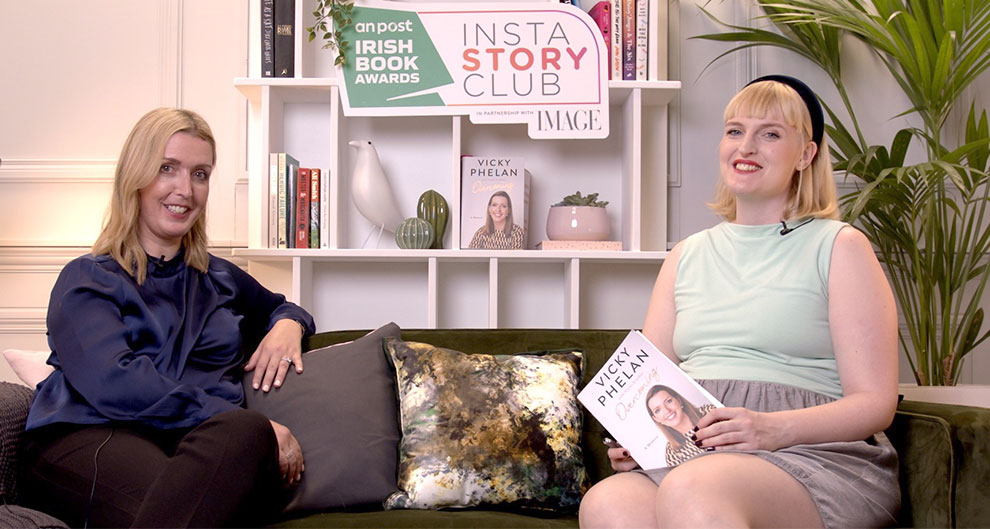 Vicky Phelan’s new memoir, Overcoming, is out now, detailing her life from a car crash when she was just 19, to her cervical cancer diagnosis as a married mum-of-two. Photo: Hachette

Writing in Overcoming, the Limerick woman reveals she broke 70% of the bones on the left side of her body. She credits her French medical team with intricately explaining every detail of her treatment and recovery plan. They advised her not to sit up for two weeks so as not to damager her pelvis.

In conversation with image.ie, as part of the InstaStory Club with An Post, sponsor of the Irish Book Awards, Vicky explained that upon her return to Ireland, she was advised to begin rehab straight away.

‘It was terrible to turn them [physiotherapists] away, but I’d been told not to move for two weeks [by the doctors in France]. It’s not that I was being disrespectful, I was challenging them,’ she said.

Although her car crash was decades before her devastating diagnosis, Vicky believes this brush with death helped her in her fight with cancer, and indeed the courts.

‘It was an eye opener, to see another health system and the way it can work. I do think that definitely helped with what happened with the smear scandal.’

Along with Stephen Teap, whose wife Irene passed away from cervical cancer in 2017, and Lorraine Smith, who also received false-negative smear test results, Vicky established the 221+ patient support group.

She also told image.ie how, years after her car accident, an accident that occurred at home in which her daughter Amelia was burned from an ember in the fire shaped her further. This story is revealed in-depth for the first time in Overcoming.

Writing the book was a cathartic experience for Vicky, who, after being initially told she would only have six months to live, has been thriving on the drug Pembro for over a year now.

‘I didn’t know if I’d see the end of the book,’ she told image.ie. ‘I wrote it for two reasons: one was for my kids, and the other was for people in Ireland to understand my strength comes from layers and layers of hardship.

‘I’m human like everybody else, but I think that has actually stood to me, the fact that I have had so much other stuff happen has built me up to what happened last year, to the point where I can take so much on.’

According to Javon Walton, the ‘Euphoria’ finale was meant to have a very different ending

3 classic desserts (with a tasty twist) to try this weekend