Stop wasting your time searching the supermarket shelves for the latest fad, what you need is right under your nose, says nutritionist with the Leinster Rugby and Dublin Senior Men’s GAA football team Daniel Davey.

Daniel Davey sits down with author Sophie White for the InstaStory Club with An Post, sponsor of the Irish Book Awards. Daniel, nutritionist with the Leinster Rugby team and the Dublin Senior Men’s GAA football team, has just released his first book, Eat Up Raise Your Game, a digestible cook book designed to encourage everyone from grandkids to grandparents to get into the kitchen.

Daniel is the second author to take part in this eight-week series, which can be found across IMAGE social channels by following the #ReadersWanted. We want you, the reader, to get involved by submitting your burning questions to our eight leading authors. See you on Instagram @image.ie! 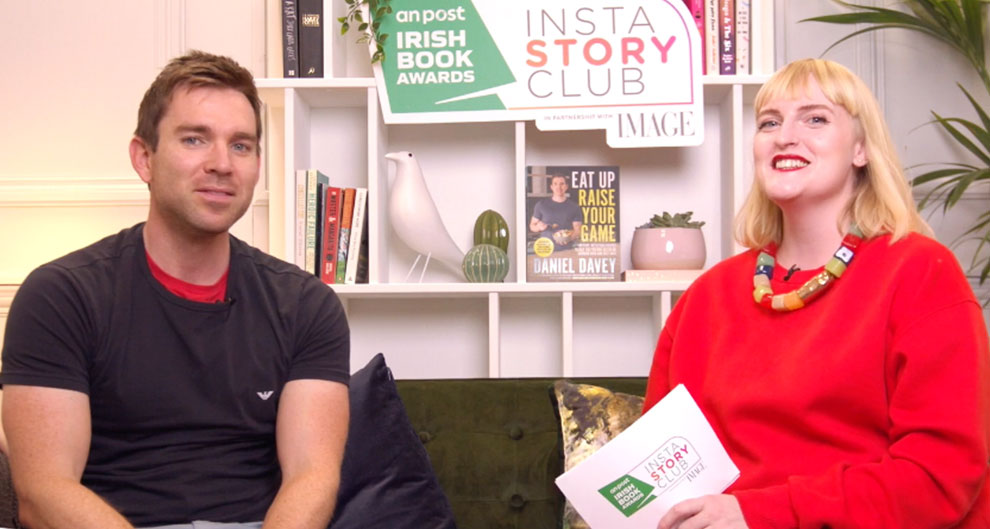 We’ve been eating it mashed since we were babies, and boiling it to smidiríní since we grew up. We stock up weekly, and add it to everything from stews to salads to breakfast. We fry it, bake it, and chip it.

But did you know just how good the humble potato is for our nutrition?

Our Irish potato is the most underrated superfood, according to nutritionist with the Leinster Rugby and Senior Men’s GAA football teams, Daniel Davey.

And since he’s used to telling off burly 16-stone rugby players on how to properly fuel their bodies for a match, we’re going to take his word for it.

In discussion with image.ie, as part of the An Post InstaStory Club, Daniel explained how his new book, Eat Up Raise Your Game, is designed to cut the jargon out of cooking, and get everyone comfortable in the kitchen, whatever their lifestyle.

While he acknowledges food fads come and go, he says we shouldn’t dismiss the nutritional value of our everyday potato.

‘A regular potato is the most underrated superfood,’ he told image.ie. ‘I certainly have been guilty of searching for black rice and multicoloured quinoa, or different types of pasta and sweet potato.

‘From a nutrition standpoint, a regular potato has a huge amount of nutritional value, and the only real difference is a couple of micronutrients, and maybe fibre can be slightly different and colour and appearance. Our potato is fantastic.’

And Daniel is encouraging everyone out there to start cooking themselves at home, whatever you think your ability is.

His main goal with the book is to make your food plan work into your already existing lifestyle.

‘The first thing that I try to do with the book is help people understand how certain recipes can fit into their schedule,’ he tells image.ie.