Presented by Mill Theatre in Dundrum and directed by Kate Canning, Eclipsed by Galway native and Patricia Burke Brogan is an award-winning play set in a Magdalene laundry during the 1960s. It was performed last year initially, but following the harrowing report into life at the mother and baby homes over the past 70 years last week, it feels a particularly vital watch again now.

When Eclipsed was originally premiered by Punchbag Theatre 28 years ago, the scandal of Ireland’s Magdalene laundries was only just beginning to emerge and in 2020, we now know the devastating impact the scandal.

In fact, Burke Brogan’s play, tragic, funny and humane, did much to shed light on the day to day life behind the Magdalene walls and the treatment of the girls and women imprisoned in these places as witnessed by Burke Brogan herself. During her summer holidays, novice and teacher Patricia Burke Brogan was sent to the Magdalene laundry in Galway’s Forster Street to help supervise the women.

What she saw shocked her and ultimately played a role in her decision to leave the order. She has remained an active member of the Catholic Church, but never forgot what she had seen these women endure. The result was Eclipsed.  Her play highlights the plight of four women who struggled to bear the austerity of their existence and desire to break the shackles of this landmark era of societal repression.

Starring Rachel O’Connell as Brigit and Laoise Sweeney as Sister Virginia, it is one of the first plays to tell the story of the Magdalene laundries and was inspired by Patricia’s own experience as a young novitiate at the laundry. 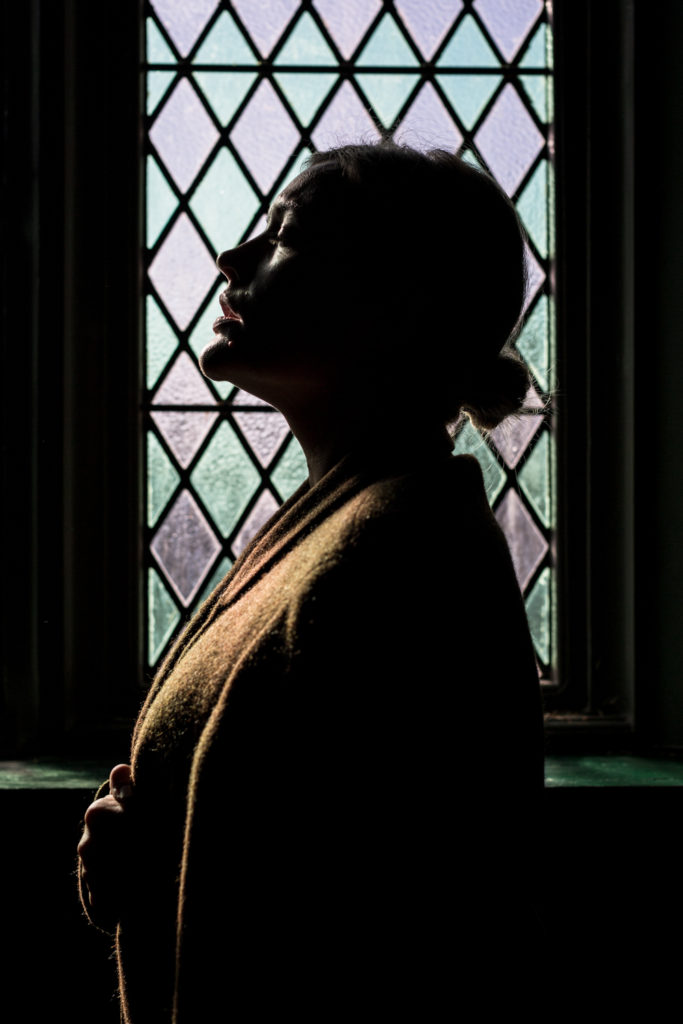 “It’s such an under-celebrated play,” Kate explained, “we can’t believe it hasn’t been done more, given that it’s an Irish playwright about Irish women, but often when Irish history is so present and so painful, often in an artistic sense, things can take time before they are ready to be tackled.”

The play, originally written in 1992 when a Magdalene Laundry was still open – the final one didn’t close its doors until 1996 – is now on the Leaving Certificate curriculum, something Kate says gave them a fresh excuse to put it out for public consumption when it would have been difficult. “There’s always a fear that it might not take with an audience, given the subject matter.”

“We’re in floods of tears in rehearsal, but it’s warm and funny at the same time. And for us to have Patricia as a primary source who witnessed what happened is just extraordinary. What she does is so smart – she really puts society to blame and not just the Catholic Church – the girls had nowhere to go because everything was taken away from them: clothes, money, their identity – and everybody played a part in that. One of the girls ran away and the police would bring them back.

“The Mother Superior even says in the play that it will take seven generations for the sinfulness to leave the blood – but the blame is never on the men – the nuns always say it’s up to the women to refrain from anything that would mean the men can’t help themselves.”

“The shame was the black cloud hanging over all the girls”

Kate explained that Dramaturg & Historical Advisor Dr Sarah Anne Buckley really went into detail explaining to the cast and crew the depths of the coercive control on the women by the Catholic Church.

“It was all about shame. And even down to the fact that there was a huge difference between a Magdalene Laundry (there were 10 of these in Ireland) and a Mother and Baby Home. The Magdalene Laundries were specifically for women who were penitent; they had done something ‘illegal’ in the eyes of the church.

‘These women were put to work to serve their penitence.’

“The Mother and Baby Homes had some labour but nowhere near the same – these were more for girls who were pregnant out of wedlock and the crime in these homes was also what happened to the children – babies were taken from their mothers illegally and illegally adopted in some cases and the infant death rate was huge – there was no standard of care.”

“I think the play will strike a chord, no matter what stage of life you’re at as a woman because it’s about the most basic human rights of these women being taken away – they weren’t even allowed to go out and get fresh air.”

Eclipsed will be online this Friday, January 22nd at 7.30pm, tickets are €8 from www.milltheatre.ie

Read more: Mother and baby homes: ‘I kept a photo of my son in his christening robe under my pillow until I met him 34 years later’

Read more: Adoption stories: ‘I found something that had been lost for my whole life’