Bernard Shaw pub in Dublin to close along with Eatyard

We’re always blue when we hear of a favourite pub or restaurant closing down and the Bernard Shaw is a definite firm favourite on the Dublin landscape.

It has been announced that popular Dublin pub, formerly known as Bambrick’s, in Portobello, Dublin 2, is to cease operations at the end of October.

The pub has been around for 13 years. Run  by Bodytronic along with the Eatyard food area next door, it gained a reputation for hosting innovative club nights, DJs, artists, food festivals and various creative endeavours, including the Big Blue Bus area. It was regarded by many – and we agree –  as a cultural institution unmatched in the city. And it was simply a great place for a drink and a chat about all the goings-ons in Dublin and beyond.

“It’s with heavy hearts that we announce the end of our Bernard Shaw adventure,” the Shoddytonic and Shaw team confirmed on the website and social media.

“At the end of October, 2019 we will close the Shaw, Eatyard, all organisational, art and performance spaces and everything else in the building and yards – for good.

“We’ve tried really hard over the last few months to renew the lease, stay on longer, or buy the place. A lot of things didn’t go our way over the last 12 months either, but it’s out of our hands now unfortunately.”

Earlier this year the pub and restaurant was refused planning permission by An Bord Pleanála to operate its beer garden and outdoor dining area known as Eatyard.

In May, almost 26,000 people signed a petition to save the pub’s beer garden.

Since the news of the closure broke, many have taken to social media to comment on the loss to the Dublin scene.

Hozier took to Twitter to share his thoughts, writing: “I’m sorry to read this. What is most special and unique about Dublin are Dubliners themselves, and spaces like this where culture and community is fostered & grows. Without interesting places like these the city loses its heartbeat. @UnaMullally writes often on this and is right.”

I’m sorry to read this. What is most special and unique about Dublin are Dubliners themselves, and spaces like this where culture and community is fostered & grows. Without interesting places like these the city loses its heartbeat. @UnaMullally writes often on this and is right. https://twitter.com/TheBernardShaw/status/1171061069571399680

The walls at the Bernard Shaw were a canvas for activism, including the Repeal the Eighth campaign and Marriage Equality referendum.

This was the night of 26th May post Dublin Castle, Coppers and Ryans as I walked half way home because I couldn’t get a taxi so I just stood outside the Bernard Shaw for an hour talking to and hugging randomers.

Most businesses wouldn’t allow this be painted on their wall. pic.twitter.com/HPoEXuQdU6

You reckon a faceless office block would’ve let this be painted on the side of their building? pic.twitter.com/vfdq9Ta05T

We’re glad to hear that the owners have vowed they will operate a new venture in the future.

“Dublin is changing, we can all see and feel it but we are going nowhere & we won’t go down without a fight. We’ll start something else, somewhere else, plans are afoot, and keep fighting the good fight,” according to a post on the pub’s website.

“We’d like to say a huge thank you to everyone who was part of this 13 year adventure. Our landlord, our neighbours & the council were by and large all brilliant and very helpful & supportive. The artists, makers, designers, bands, DJs, promoters, hustlers and lunatics who did their thing at the Shaw – we couldn’t have done it without you. We have had amazing, loyal customers, many who came, and left, and came back again over those 13 years as life got in the way while we were busy making plans and being busy fools.

It’s only been part of my life last 4 years. But a big part. Devo about @TheBernardShaw and for everyone who loved it ? but you can be sure it’ll live on via @bodytonic + the ever evolving @eatyard

“Above all we want to thank our crew. Past and present we have had incredible people work with us. Everything we do is about people…. their ideas, trying things out, making a mess of it, trying again, getting it right, having fun, making memories, and when the party’s over, lets plan another party. But parties weren’t meant to last… 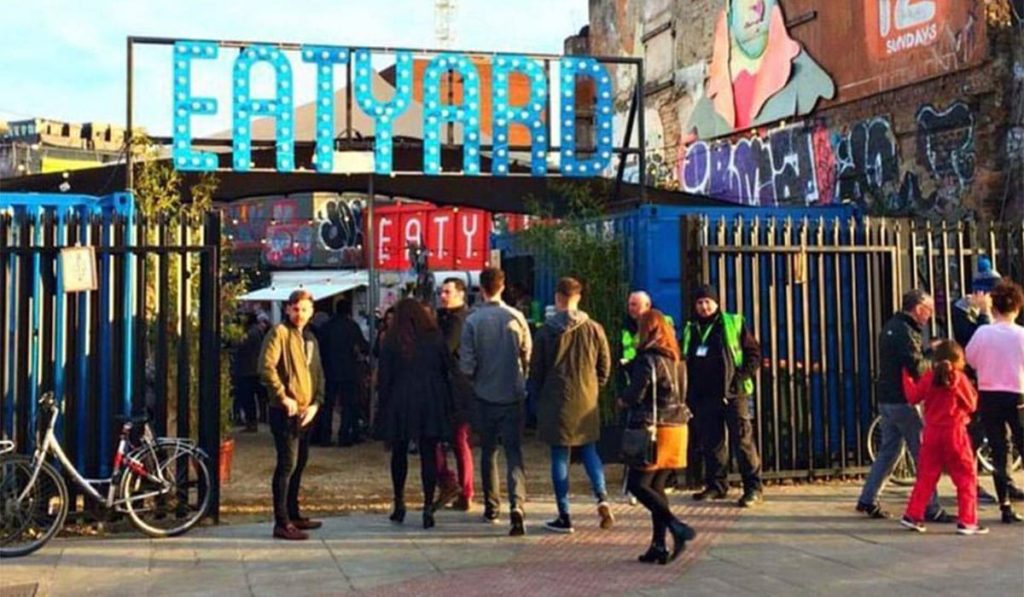 “We’ll have more info, lineups, events, wakes, next steps out over the next few days & weeks…. until the end of October we’re open as normal, we’re ready for y’all and we’re gonna party like its….2019!”

There’s a crisp festival coming to Ireland next week

Florals, gin and sunshine: Your What’s On for the June bank holiday