Barbie Is Getting An Amazing Body Makeover

Barbie always seemed to rub people up the wrong way. Her doll-life was shrouded in negativity; her?highly unrealistic body shape the subject of constant criticism over the negative message it sent to young girls. She was a female stereotype; her love of pink dresses and shopping was frequently called out with dismay. Mattel, the company which creates the doll, tried to rectify this by featuring a young boy in their ad campaign, and now they are taking things one step further.

It is worth noting that in recent years, she has been slowly trying to adapt to the modern world – she even wears flat shoes. But?now an even bigger change has happened: her body type has been re-created to reflect the image of real-life girls.

America’s biggest toy company is changing the most famous body in the world https://time.com/barbie-new-body-cover-story/?xid=time_socialflow_twitter pic.twitter.com/yw3yH9zd5j

According to Time (where Barbie has landed her very own cover), the company reiterated that this change had to happen, both for their young fan base and to raise dwindling profits (they were down 20% last year alone).??It is their hope that the dolls, with their diverse body types, along with the new skin tones and hair textures introduced last year, will more closely reflect their young owners? world.

It’s a change that had to happen. Some may’say that Barbie is “just a doll,” but like it or not, she is silently speaking to thousands of young girls; presenting them with a body type that is unattainable and just not real (her waist size, seriously?).?Barbie’s proportions are?so beyond the norm, and this is the message?her creators are at least trying to send out.

The publication also said the’move is meant to cater to millennial mothers, who are the future of their consumer base and restore a ruined reputation. An executive said she received’death threats about Barbie’s super-skinny body. It reportadly even took months to decide on the terms tall, petite, and curvy, and figure out how to translate those terms into different languages without offending people. 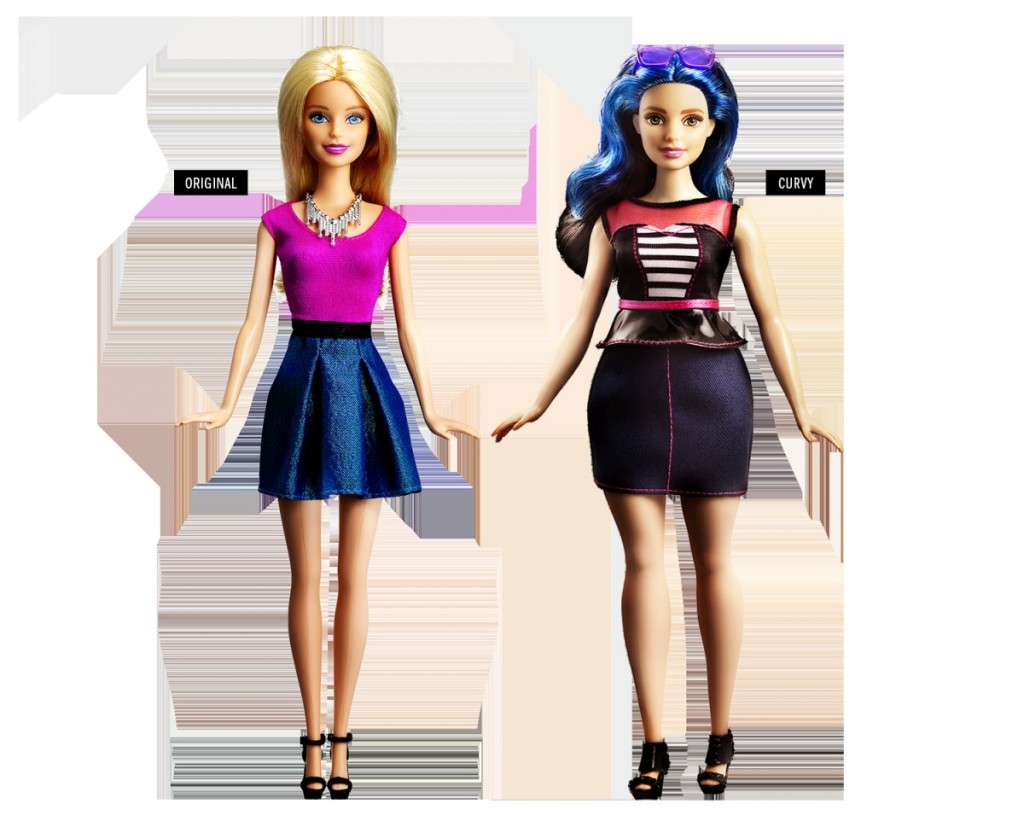 “We believe we have a responsibility to girls and parents to reflect a broader view of beauty,” Evelyn Mazzocco, the brand’s senior vice president and global brand manager, said. ?”These new dolls represent a line that is more reflective of the world girls see around them – the variety in body type, skin tones and style allows girls to find a doll that speaks to them.”

So,?perhaps?now that Barbie is finally on par with the real women of today,’she’ll be viewed in a more positive light.

What do you make of the changes?