‘At 12, I had a good handle on my skincare. I would cleanse, tone, moisturise and bleach’

Skin bleaching is an extremely controversial topic, but one that we are rarely made aware of in Western culture. Beauty standards are, at large, wholly unobtainable and often absurd across all continents, but the popular trend of skin lightening, or skin bleaching, is one particularly dangerous trend that needs to be talked about.

As a white woman, skin whitening (or ‘toning’, as it’s referred to in regions where its most popular, like Jamaica) and bleaching has never directly fallen into my line of conscious, so it came as a surprise to learn that someone I work with now has permanent skin damage as a result of lightning. For millions of women around the world, a flawless complexion often equates to light skin, a belief that can lead to the dangerous practice of skin lightening, or bleaching, by using harmful chemicals.

Not all lightening creams are bleaching creams. The difference between them is largely based on the degree and severity with which melanin production is reduced. According to the World Health Organisation (WHO), the active ingredients in skin lightening and bleaching creams/soaps are mercury and hydroquinone, which are linked to mercury poisoning, skin damage and scarring and liver and kidney malfunction. Overuse of skin lighteners and bleachers can also, counterintuitively, darkening of the skin. 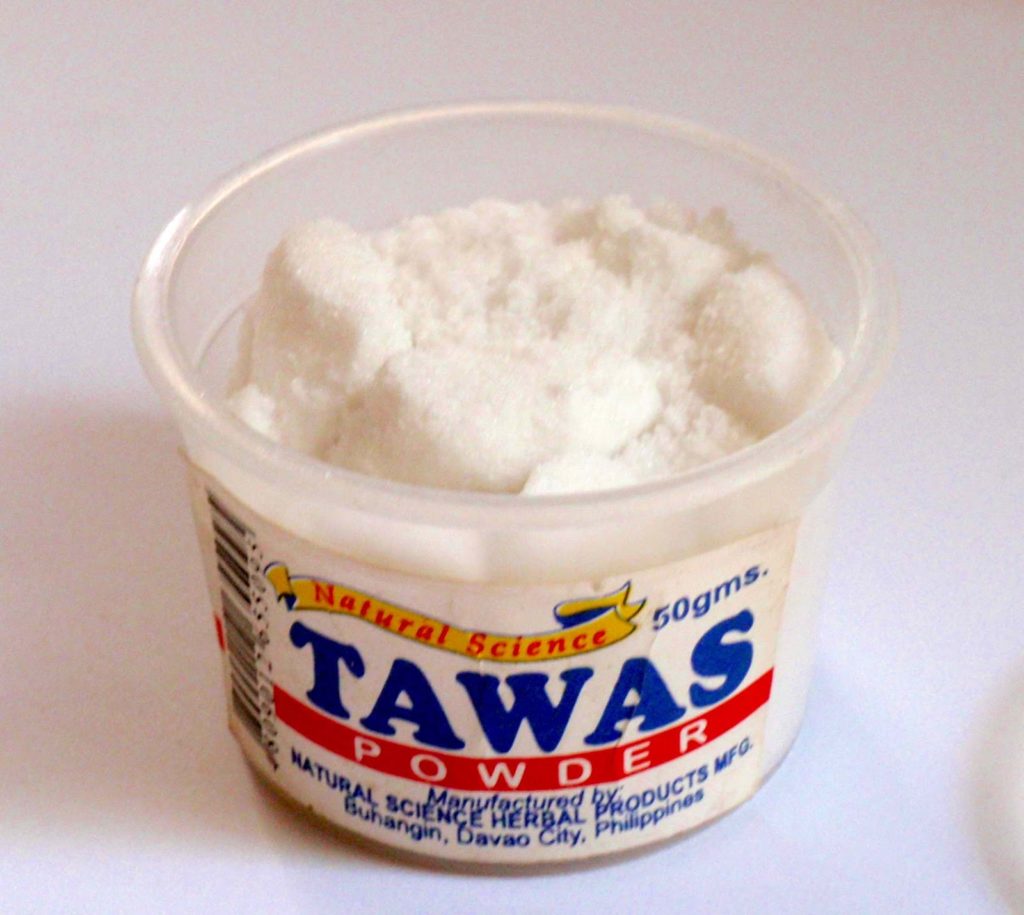 It’s difficult to pinpoint how many people are using these types of products but according to a recent report by The Guardian, the business of bleaching is booming. In 2017, the global skin-lightening industry was worth $4.8bn and is projected to grow to $8.9bn by 2027, fuelled by the prosperous economic benefits and ideals historically and culturally associated with lighter skin.

Skin-bleaching is most common in Africa, the Asia-Pacific regions and other parts of the world with high concentrations of black people, where illegal bleaching products are sold in the highly unregulated market. A World Health Organization study found that 40% of Chinese women regularly use skin-lightening creams. That number is 61% in India and 77% in Nigeria. Just yesterday in Kigali, the capital of Rwanda, the Government launched an initiative to crack down on skin bleaching products and have already seized over 1,000 types of illegal bleaching products from the Rwandan market, where four in ten women bleach, according to the WHO.

To get a better understanding of the bleaching, I spoke to Samantha Tabaldo, a native of Panay island in the Philippines, who became aware of her darker complexion when she moved to Ireland at the age of five. By the age of 12, she was bleaching daily. Living in a colder climate made her complexion lighter, which, on her trips home to the Philippines, she learned was something to be proud of. Samantha eventually suffered permanent damage to her face. Here, she talks about the growing trend of skin bleaching among young Eastern women and hopes to encourage more dialogue and awareness around identity. 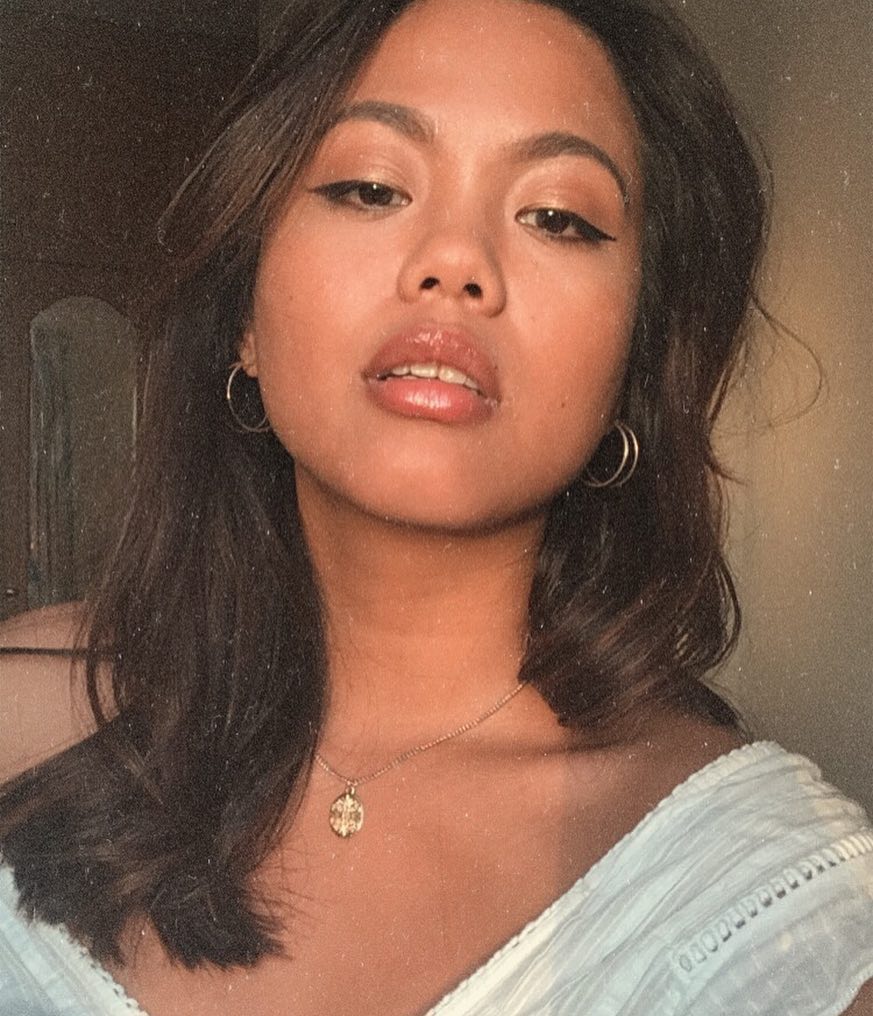 Can you remember the first time you bleached your skin?

At 12, I had a good handle on my skincare. I would cleanse, tone, moisturise and bleach.

I remember my cousin using Pond’s White Beauty Cleansing Milk and asking her why she used it. She told me it was because it made her prettier and that the whiter you were, the better you’d be. The more time I spent on the beaches and mountains, the darker I became, my family’s fascination with my lighter complexion faded and they would tell me to not worry because I’ll get whiter when I returned to Ireland.

After my holidays my friends would tell me how great my tan was and how jealous they were when in reality I was quite bummed out because my darker skin made me feel ugly and I couldn’t wait for my tan to fade. As young as 12, I remember thinking boys won’t like me because I’m different, not because of my amazing personality and winning smile, but because of my caramel cappuccino skin tone. I thought, “If I want to fit in and get the boys to like me, I need to change what makes me different.” I caved in and went to my nearest Filipino shop and purchased the Ponds White Beauty Range. 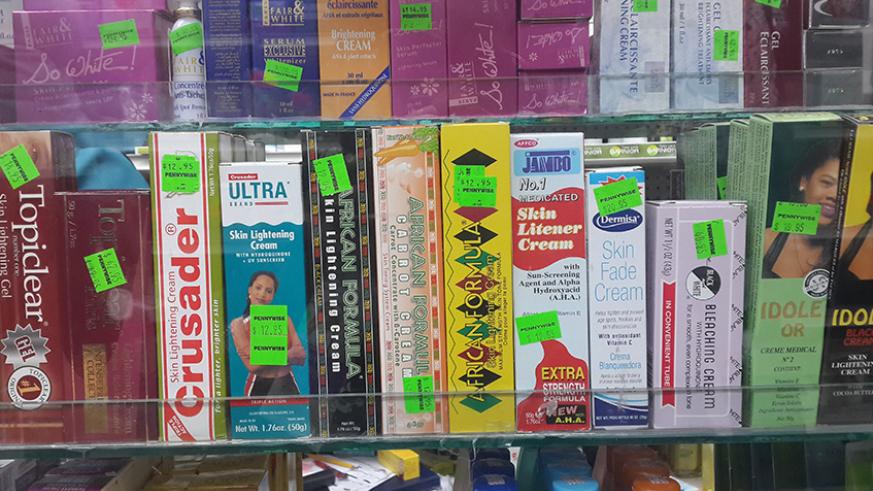 What was your motivation?

I started bleaching my skin when I was 12-years-old. The cold days and the lack of sunshine faded my tan and when I holidayed in the Philippines over summer my family would shower me with compliments because of how fair my complexion had become. My relatives admired pictures of my Irish friends and were fascinated with how pale they were and their fair features. My skin was so fair that I was mistaken as a celebrity on a few occasions.

Did you ever think what you were doing was wrong?

At 12, I had a good handle on my skincare. I would cleanse, tone, moisturise and bleach. My mam never stopped me because she didn’t realise it was damaging my skin. She grew up with these beauty ideals too and thought it was perfectly normal.

I religiously applied the creams thinking I’d get a beautiful, pinkish complexion that the packaging promised. Instead, my skin began peeling and my face became blotchy. It wasn’t until I was in my late teens that bleaching my skin was doing more bad than good. 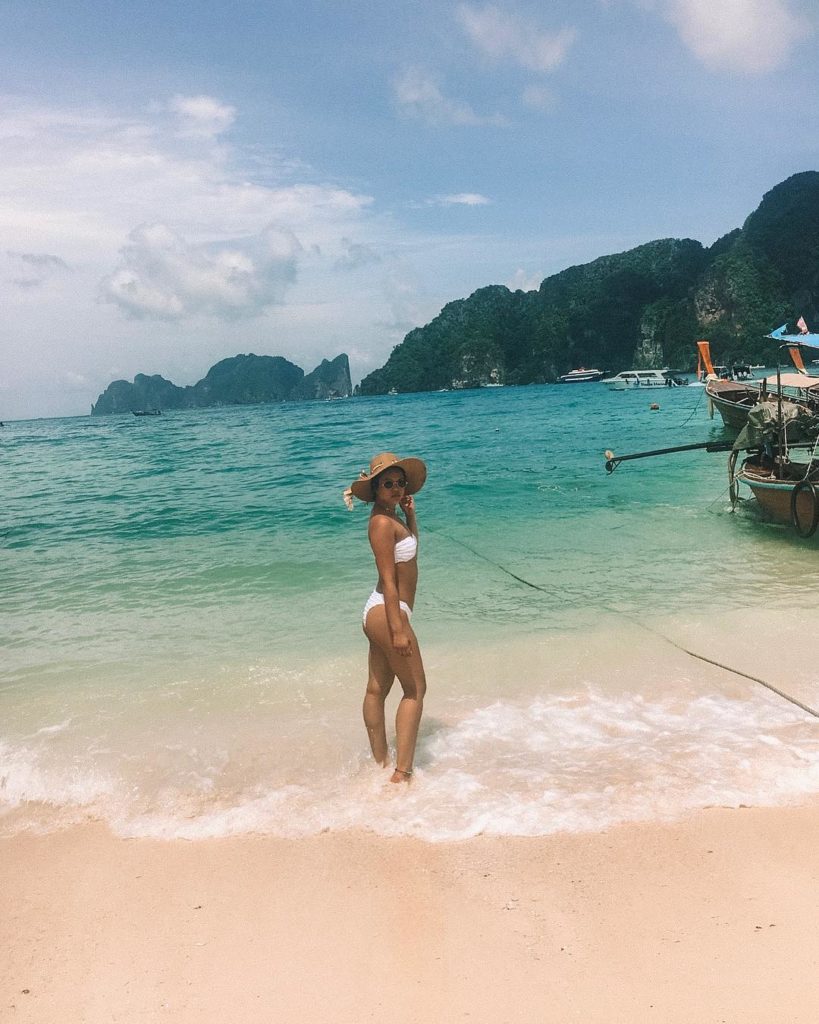 How did your skin react to using lightening products?

It was extremely patchy and uneven around my cheeks. I used a moisturiser on my face and a lotion for the rest of my body and would bring back large bottles to Ireland.

Did the creams you used ever come with any health warnings?

I never read the ingredients. It never concerned me that it could be harmful and, at the time, all I wanted was a whiter complexion. It was so easily accessible that you could buy them anywhere for as little as 10 pesos (€1=60 pesos). If you were poor you could easily make it with “Tawas” which felt like an exfoliator but with whitening agents. My aunts recommended this to me so my underarms would get whiter! Moisturisers, cleansers, sun cream and soaps (anything you can apply to your body) which contained whitening agents would be proudly advertised.

As a Filipino, I’m naturally tanned. I’ve had friends envy me on nights out because I didn’t have to wear fake tan. I was “lucky” because I had a tan all year round. However, the Filipino standard of beauty is so different. Growing up, I was always told that the lighter my skin tone was, the more beautiful I would be. As sad as that may be, the whitening products in the supermarkets and the mixed-race celebrities and socialites using them confirmed this.

Skin tone is still seen a status symbol in Eastern countries: the paler your complexion the wealthier you appeared. It meant you weren’t outside slaving away in the paddy fields. You may think I’m referring to 50 years ago but no, whitening and bleaching skin is still a massive part of the beauty rituals of many Asians today. Everyone in the Philippines is obsessed with western beauty. To them, being white is beautiful.

Is it really that different to how we treat tanning culture in Ireland?

Look at any shelf in the chemist or any department store and you are sure to find some sort of tanning product. From mousses to oil and there’s even such thing as tanning water! We are obsessed with being all bronzed up it can be hard to fathom that there are people out there wanting a paler complexion. 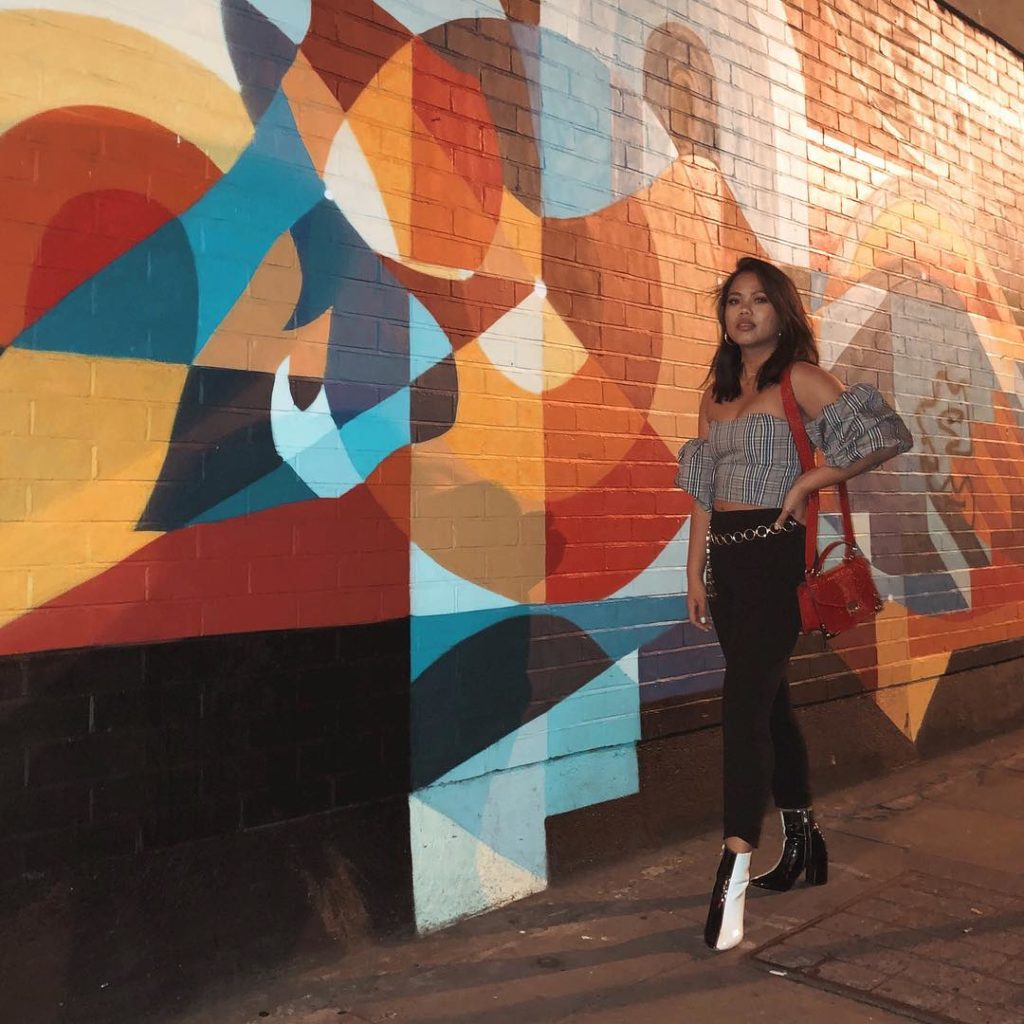 You’ve stopped bleaching your skin. What’s changed for you?

As I grew older, I realised no boy or even the idea of fitting in was worth ruining my skin. I now realise how damaging beauty standards are, both here and t home in the Philippines. To this day, my cousins still use soaps and creams that whiten their complexion. They don’t realise how bad it is for their skin or that people would kill to have a tan like theirs. But when you’re surrounded by a society that pushes this standard of beauty, it can be hard to know any different. I have learned to accept my dark features and tanned skin, I don’t use whitening products anymore. I’m still cautious about the sun though as I don’t want to get too dark, but not because of Asian beauty standards but because then I’d have to buy a new foundation shade!

Do family react differently when you go home now?

In the Philippines being white is beautiful. Do I think that can ever change? No, I don’t believe it can.

I had to accept who I am. I started to look differently at my family back home. A lot of people thought I was half-Irish-half-Philippino so I didn’t want to lose my heritage and roots, my aunts still pile on suncream and make sure I carry an umbrella when I go home. But my skin is a lot better now, and I am happier.

While skin bleaching isn’t common here, skin darkening is and Ireland is now the second highest market for fake tan in the world. Maybe we need to open a new dialogue about how different ethnicities view beauty standards. And maybe someday we might actually thank Blac Chyna for instigating it?

3 for Tuesday: Facial sprays to keep at your desk (and why you shouldn’t overuse them)