Approximately 80% of people with asthma also suffer from hayfever, which can make summer days a nightmare. These three alternative treatments might help

Have you ever woken up in the middle of the night, unable to breathe because the room is so stuffy? That’s me. Only, it doesn’t just happen at nighttime.

I have asthma, and it’s been an enormous pain in the bum since I was just two years old. Now that I’m an adult, I’m more aware of my triggers and the ways in which I can control them. Hayfever is a huge one; making these high-pollen summer days a nightmare.

Asthma is a respiratory condition whereby the airways become narrow and inflamed; causing difficulty breathing. What’s more, 80% of asthmatics also suffer from hayfever. With a combination of nasal congestion, scratchy throat and cough from postnasal drip, hayfever season is a double whammy for asthmatics like me.

According to the Asthma Society of Ireland, over 470,000 people in Ireland are living with this chronic illness. Worryingly, one person in Ireland dies from asthma every week. Raising awareness is essential; especially as the condition is treatable.

While I regularly take my prescribed inhalers, I’ve also tried some alternative treatments over the years. Here are three I found particularly useful…

I found breathing through a Himalayan salt pipe worked well, but it takes serious commitment if you want the results to last.

The pipe is a small, plastic tube filled with Himalayan salt with a mouthpiece at the end. There are no buttons to press, no special technique to use; you simply place your lips around the mouthpiece and breathe in and out for 15 minutes a day.

The process dates back over 150 years and has been hugely popular in Eastern Europe. A Polish doctor, who found salt miners rarely suffered from respiratory illnesses, felt the rest of the world’s population could benefit from inhaling salty air too. It definitely improved my breathing, but it made my nose run like mad. Top tip? Keep a packet of tissues handy. 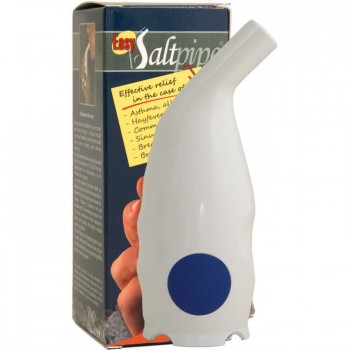 I also visited John Carty at the Endorphin Release Clinic in Drimnagh, Dublin 12. John explained my asthma was particularly bad because of my poor posture. My shoulders were quite hunched, and because of this, my lungs weren’t able to expand properly. He then carried out the ‘endorphin release method’, something that’s often used for sports injuries and back pain.

By putting pressure on various nerves in my body (across my chest, for example) John was able to correct my posture. All of a sudden, my lungs could expand and I could breathe deeply again. Sadly, my posture has since gone back to its old ways after years of sitting at a desk (but I’m definitely up for a re-visit).

Next, and most recently, I tried acupuncture. I visited Dr Nina Bing Liu at AcuPlus in Donnybrook, Dublin 4, to see if this ancient technique could ease my symptoms.

Acupuncture is a traditional form of Chinese medicine dating back 5,000 years. The whole process was incredibly relaxing. From the dim lighting to the lavender fragrance diffuser in the room, the setting felt more like a spa than a medical practice.

Nina took my pulse and looked at my tongue before talking me through the treatment. She explained how my asthma was being negatively affected by other things happening in my body. I suffer from anxiety and Nina recognised that I was holding all that tension in my chest. Not only does this make it difficult for me to breathe properly, but it was also having a knock-on effect on my sleep and digestion.

She said in order to fully treat my asthma, she would need to treat my whole body and balance the energy running through it. 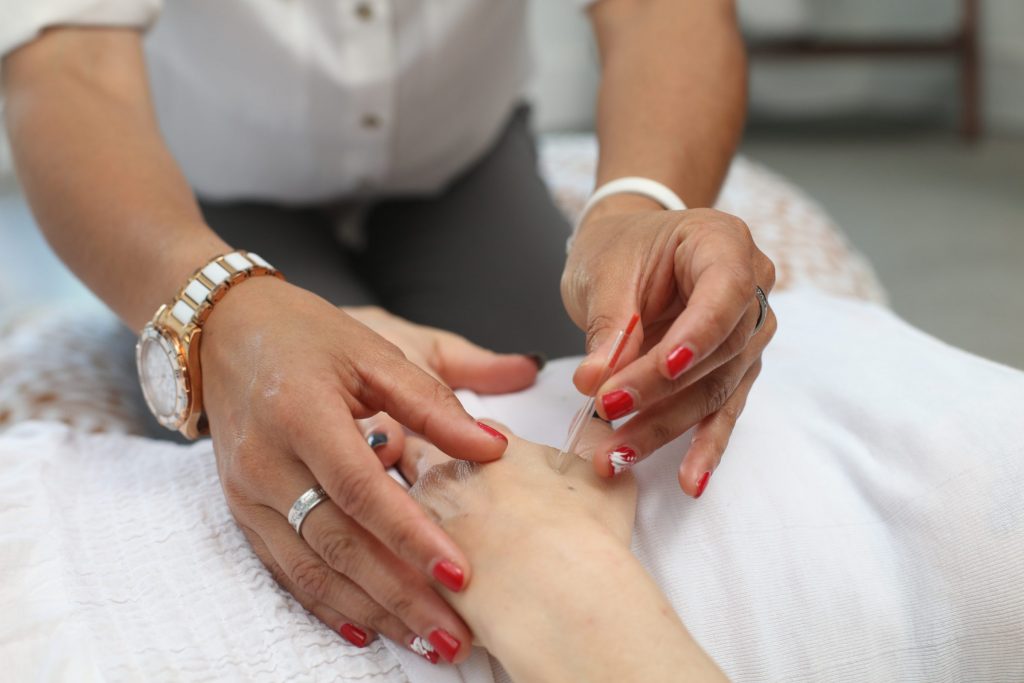 I lay down on the bed and Nina placed needles in each of my hands and my chest; targeting my asthma specifically. She then placed a needle in each of my legs to reduce phlegm production in my chest. Other needles were dotted around my stomach, arms and head to allow my body’s energy to flow more easily.

I felt a difference within 20 minutes. My mind felt clearer; my body relaxed; and my short, tight breaths had been replaced by deep, soothing ones. Based on these immediate results, I’ve since returned to Nina for follow-up appointments.

As we move through hayfever season, it’s important to keep our asthma in check. If the illness is under control to begin with, we’ll be at an advantage when pollen counts rise. To check the pollen count in your area, visit MetEireann/pollen.