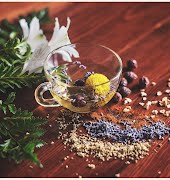 5 Of The Best Things To Watch On Netflix This September

September is one of the best times for TV and Netflix has unveiled their programming for the autumn season which sees old favourites return and new, powerful documentaries to absorb. Here’s our pick of five worth watching. ?

If you’ve still to catch up on seasons one and two, stop reading now…

Despite its main character Pablo Escobar being killed at the end of season two, the hit series returns for its third outing. But who will take over Colombia’s drug trade?Cali kingpin Gilberto Rodriguez will be the man setting the scene for the next chapter of Colombia’s drug history. Showrunner Eric Newman has said while Escobar will not be directly replaced, the new season will focus on the Cali Cartel, who were dubbed ?the most powerful crime syndicate in history? by the US Drug Enforcement Administration (DEA).

First They Killed My Father

There has been much hype about this one, a harrowing look at life under the?Khmer Rouge, because it’s been the subject of controversy even before its release. Based on Long Ung’s memoir it follows the story of a young girl’s fight to survive in Pol Pot’s Cambodia and was directed produced and co-written by actress and activist Angelina Jolie. But because a recent?Vanity Fair?article described a manipulative casting methods allegedly used on the film’s child actors, poor light has been cast on a film intended to make a statement and send a powerful message. Jolie vehemently denied that casting had occurred this way, saying she had been taken out of context but Vanity Fair stuck to their version of events. This is worth watching despite the furor.

Much more than your average ?whodunit,? Yance Ford’s powerful documentary examines the racially charged murder of the filmmaker’s brother and the injustice that came after. It follows the 1992 murder of William Jr. Ford – a 24-year-old black teacher from Long Island, New York who was killed by Mark Reilly, a 19-year-old white mechanic. Yet in the series, we get to see how?William Ford Jr somehow managed to become a?prime suspect in his own murder. It’s gotten rave reviews already and is said to be one of the most powerful documentaries of the year.

It seems rather astonishing that no one has made a documentary about the pop culture phenomenon that is Lady Gaga before now. Her breakout single – Poker Face – is almost a decade old and she has consistently?evolved as an artist in her 10 years in the limelight. There have been dramatic?highs and quiet lows and the film attempts to give viewers a more intimate, personal look at the star who slowly stripped back her larger-than-life persona with the release of her most recent album Joanne. It is far from glitz and glamour as the opening trailer segment sees her in tears, fearful of being alone after the screaming adoration of her fans has stopped.

Our Souls at Night

Hollywood megastars Jane Fonda and?Robert Redford light up the screen as two neighbours connecting after they are both bereaved. It’s a gentle, lazy-day rom-com worth the watch to see these two living legends paired together. A low-key, enjoyable watch that has been a hit with critics.