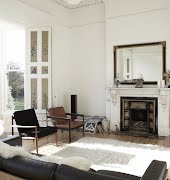 Vicky Phelan was among those who signed the letter to government

A support group representing women affected by the CervicalCheck controversy has written to Minister for Health Stephen Donnolly appealing for ‘clarity once and for all’ on the tribunal investigating the scandal.

The tribunal was first announced by Government in 2018. Last month, the minister brought a memo to government that set up the long-awaited tribunal to investigate negligence in the CervicalCheck Programme. Concerns were raised by campaigners, including Vicky Phelan, about the manner in which the tribunal had been established.

At the end of October, the Department of Health confirmed that any further actions on the tribunal would “remain paused.”

The 221+ support group had raised concerns about the workings of the tribunal and have said they now have “no basis on which to express confidence in the tribunal as proposed at this point.”

The letter from 221+ has accused the Government of changing its position in relation to the tribunal. It reiterated that, if substantial changes could not be made to the tribunal, the group would recommend that its members not participate.

Following the letter, 221+ said on Twitter: “Time to stop playing politics and get all politicians on one side – with the women impacted.”

Read more: A Girl From Mogadishu: ‘Ifrah shared her story for all women’

Read more: If 2020 is the year of doing nothing, why has it felt so exhausting?

Read more: Inequality in women’s healthcare: why it happens, why it matters and what we can do to fix it

Why everyday fashion rental is here to say, according to Greens Are Good For You’s Johanna Dooley