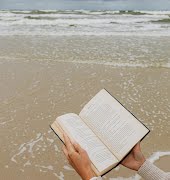 Three teenage boys have been arrested by Gardaí in relation to an incident that happened at the Howth Junction DART station last month, resulting in a young woman falling onto the tracks in between the train and the platform.

UPDATE: The three teenagers have since been released without charge as Gardaí continue to investigate. They are asking anyone who was at the scene or has information to contact Raheny Garda Station on 01 6664300 or the Garda Confidential Line 1800 666 111.

Security footage of the incident shows a number of girls rushing to board the waiting DART before it departs the station. Forced to pass a group of teenage boys (many of them on bikes) on their way to the carriage door, the boys can be seen lashing out at the girls – spitting at one as she runs by, kicking out at another who ultimately trips over a bike wheel and falls down the gap between the DART and the platform.

Shared far and wide, the CCTV clip of the incident spread like wildfire online with onlookers calling for those involved to be held accountable for their actions. Assuring the public that they were looking into the matter, Gardaí carried out searches as part of their inquiry into the incident – today confirming that three youths have been arrested in relation to the “violent disorder”.

A search operation took place across five north Dublin locations on foot of warrants issued pursuant to Section 10 of the Criminal Justice (Miscellaneous Provisions) Act, 1997. Two of the youths are 16 years old while one boy is just 13 years old. A number of items were seized during the searches including clothes, bicycles and mobile phones.

A spokesperson for the Gardaí said, “Gardaí investigating the incident of violent disorder that occurred at Howth Junction Dart station on 1st April, 2021 at approximately 9pm have conducted a number of searches this morning and arrested three (3) youths.

“A search operation began this morning across North Dublin at five locations on foot of warrants issued pursuant to Section 10 of the Criminal Justice (Miscellaneous Provisions) Act, 1997.

“During the course of the searches a number of items of clothing were seized, as well as pedal cycles and mobile phones.

“Three youths (two aged 16 years and one aged 13 years) were arrested on suspicion of violent disorder under the Public Order Act, 1994. All three are currently detained under Section 4 of the Criminal Justice Act, 1984 at Clontarf, Raheny and Coolock Garda stations. Investigations ongoing.”

‘Stop looking at our teens with suspicion’ – Lawlessness among teens needs compassion, not admonishment

This Howth home with home spa, cinema and swimming pool is on the market for €3.6 million

It’s a beautiful day to tell the truth: Why Katherine Heigl was demonised but Patrick Dempsey was idolised for their ‘Grey’s’ exits