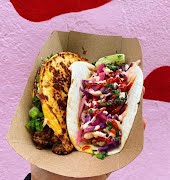 I fear the true fallout of Covid on our cities is just getting started, writes Amanda Cassidy

As the pandemic dust settles a little, some worrying fallouts are beginning to emerge. GPs report a tsunami of new cases presenting with alcohol problems. Anxiety and depression referrals are up, the backlog from cancer screenings, special needs referrals are mounting. The real health crisis seems to be looming on the horizon.

Businesses receiving supports must now stand on their own two feet against the backdrop of a sluggish economy. We have begun to count the cost of the war on the virus that infiltrated every part of our lives. Our cities too, have not escaped unscathed.

“Our drug detections are up significantly on last year,” Superintendent William Leahy from Clonmel Garda Station admits today in the Irish Times. Cocaine has become king as the drug trade soars in rural cities.

I attended a medical appointment with my 10-year-old daughter in Dublin city center recently. It feels dangerous. It is 3pm in the afternoon near Temple Bar. Gangs of mostly men gather intimidatingly as I try to shield my daughter’s eyes as they shoot up eyewatering parts of their bodies.

Our path is blocked by three older teen boys who jeer as we hobble past (one of us on crutches).  I’ve been coming into the city for all my life. I went to school and college here. This doesn’t feel like my city anymore.

“Maybe it is just that many of the scary ones are hidden by all the people in normal times,” my daughter observes intelligently.

“Maybe it’s because there are no Gardai,” I respond glibly.

A cafe owner in nearby Hanover quay describes gangs of up to fifty “causing trouble” on frequent occasions over the past few months. “I’ve never seen it like this before,” he says sadly, shaking his head.

She could have been killed

Then I watch the Howth Dart Station video, my hands over my face. I look at my almost 11-year-old and her little sister and fear for their future as young teens and women in this city.

For those who haven’t seen it, it shows a group of girls trying to get on the Dart on Howth Junction. A group of teenage boys hangs around the track. They spit at one girl, another hits another with the wheel of his bike. As one 17 -year-old girl runs past, a boy kicks at her, she trips and falls headlong between the gap between the platform and train.

Only for the quick reaction of a security guard and fellow passengers at the station in north Dublin, she was just seconds away from serious injury.

“She could have been killed,” her friend told the Irish Sun. Gardai are now trying to identify those behind the incidents and has launched a full investigation.

Of course, there will always be risks when it comes to allowing our children out into the big bad world. But there is the unmistakable feeling that behaviours and activities in some city centers have been allowed to run unchecked by authorities.

Chairman of the Policing authority Chairman Bob Collins says much of the anti-social behaviour is as a result of the pandemic. “I think the young people, who were particularly restricted, for some they may not have had space or they may not have felt entirely safe to be at home all the time.

“They spent more time outside: they became prey to people who wanted to lure them into inappropriate behaviour, into criminal activity, into drugs. Both as messengers, as mules, as users which can have very long-term consequences.

It’s little solace for the family of Urantsetseg Tserendorj. The 48-year-old mother of two from Mongolia had been living in Dublin for years. She died after being stabbed by a 15-year-old as she walked home from cleaning offices.

This is a new level of crime that has been growing right under our noses as we baked banana bread at home. Let’s hope it is a temporary fall0ut from the far-reaching ripples of the Covid pandemic. Let’s hope we can reclaim our cities.