The boat stuck in the Suez Canal has been refloated: Now it’s time to truly enjoy the memes

€7.6 billion a day. That’s how much the wedged Evergiven was costing the world economy as it blocked the Suez Canal for a week. I can’t even comprehend how much money that is or how that was calculated. But listen, it has been a tough week for us all. Vaccine rollout is so slow, you’d wonder if there’s an Evergiven blocking up distribution and many of us have Ikea orders that have been sitting in the Red Sea for the last seven days. I need those food storage boxes STAT, all my lids have eaten their tubs.

But it has been a glorious week for Suez Canal boat memes. With everyone is stuck at home, bored out of their minds and probably tittering on the edge of a mental breakdown, the internet can become quite an excellent place.

And now, the ship has been unstuck and dewedgied and we only lost… €53 billion, so we can joke about it, right? 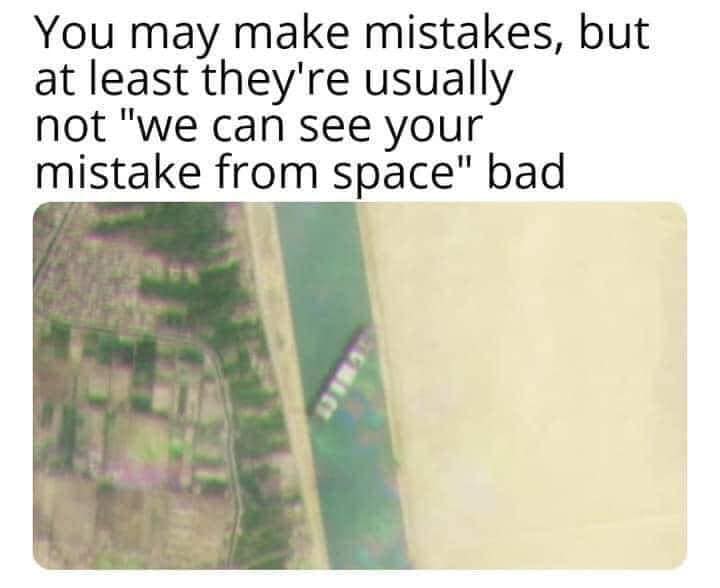 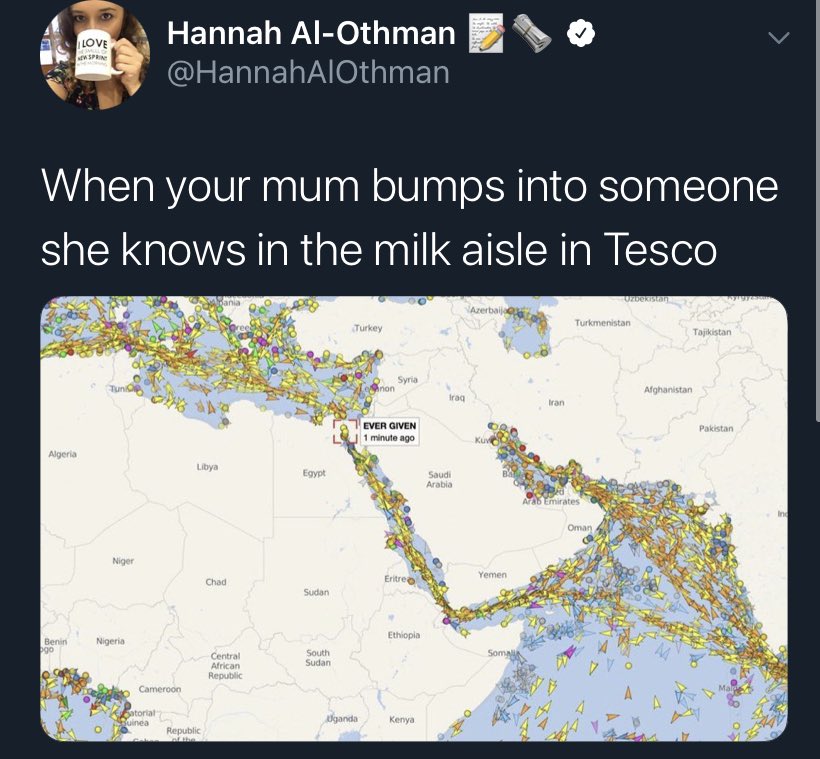 The simple and yet complex nature of unsticking a boat drew comparisons with society’s struggle to manage mental health issues.

I love that the boat is stuck because every other piece of global news is so hard to comprehend or explain.

The boat? It’s just stuck. Stuff won’t go. Boat needs to be not stuck. That’s it.

The Evergiven’s captain has not fared well.

The meme joined forces with another meme to become what is scientifically known as a “Supreme”.

There were many sexual references. 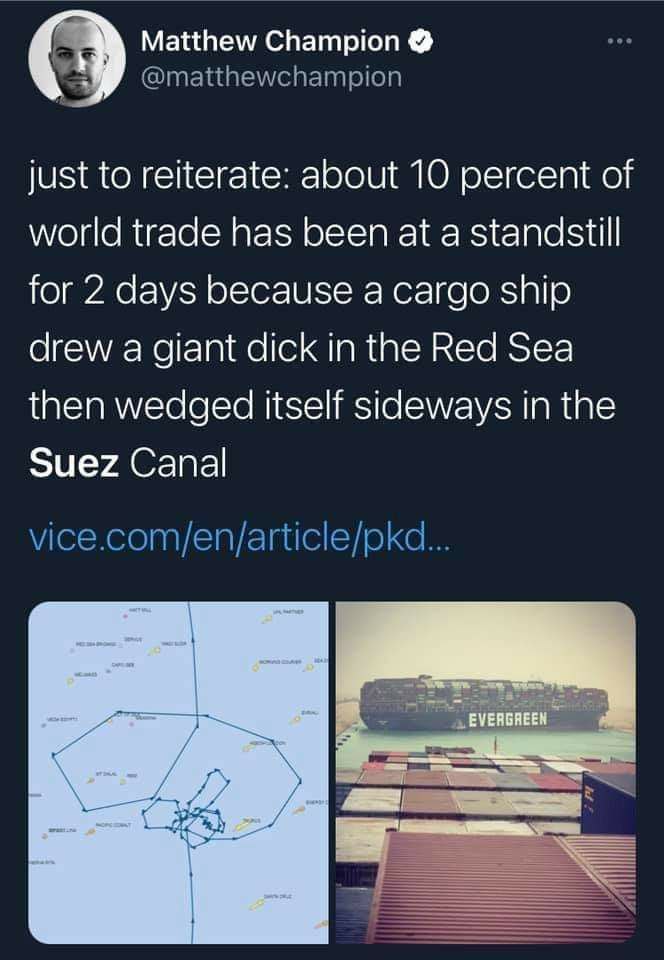 And then it was unstruck and some celebrated, others mourned.

live footage of the evergreen/ever given ship now it’s been freed from the Suez Canal pic.twitter.com/UQBRSzmxGi

I love how the Ever Given has quite honestly been the world’s only source of joy this last week, and everyone’s immediate, righteous, and correct response to it being unstuck is PUT IT BACK

The best memes and Tweets from last night’s Met Gala

Invest In You: An evening to harness your full potential