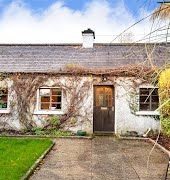 Having embodied the role of Kat Hernandez on HBO’s mega-hit show Euphoria for two seasons, Barbie Ferreira is bidding a tearful adieu to the role. However, in the light of rumoured tension on set, could there be more to the story than meets the eye?

“After four years of getting to embody the most special and enigmatic character Kat, I’m having to say a very teary-eyed goodbye,” Ferreira wrote in an Instagram story shared on her account earlier this week. “I hope many of you could see yourself in her like I did and that she brought you joy to see her journey into the character she is today. I put all my care and love into her and I hope you guys could feel it. Love you Katherine Hernandez.”

Having fallen head over heels for the intensely alluring and fiercely independent Kat Hernandez in series two, many Euphoria fans were chomping at the bit to see what direction the character would be taken in during season two. Hers was a character with infinite potential, and hidden depth that viewers thoroughly enjoyed digging into.

Becoming a side character subplot with sparsely decorated storylines, Kat’s character in the second series was but a shadow of the previous instalment, and when she did manage to get some air time, her dialogue just was not there. I mean, remember that truly awful break-up scene? That’s not the Kat we came to know and love.

So, with that in mind, is it all that surprising that Ferreira has chosen to hang up the bondage gear of Kat Hernandez and move in another direction? It remains unclear whether the character will be erased entirely from future seasons, what with filming for season three currently underway, but the news that she has bowed out of production has sparked a renewed interest in the behind the scenes drama on season two.

It all began with a post from an anonymous Instagram account going by the name DeuMoix, who revealed that Barbie was reportedly not “vibing” with the show’s creator, Sam Levinson. “Barbie got into it with him on set and left one day. He then cut a lot of her lines,” they wrote. This idle gossip grew legs when the actress was noticeably absent from the Euphoria season two premiere.

It’s been speculated that the actress expressed her disappointment in the direction her character was being taken, and eventually found working with Levinson impossible. Following the premiere, Ferreire told The Cut that her character would be, “secretly going through a lot of existential crises,” and that her trajectory was more “internal and a little mysterious to the audience.”

Addressing these rumours in a interview with Collider, Ferreira said, “Sometimes, things take on a life of their own, and they’re not rooted in the truth, but it’s OK because I know it’s just out of passion and out of curiosity and all that good stuff. And I signed up for it. So, I’ll take it. I’ll take the good and the bad.”

Having just made her silver screen debut in Jordan Peele’s NOPE and talent coming out her ears, we’re confident that Barbie Ferreira’s next steps will be strides of progress.