A favourite with A-list celebrities, Rachel Maguire (aka Rashhiiid) prides herself on creating sustainable luxury handmade in Ireland. Not one to just blend in, her designs are bold, expressive and always memorable. Here she shares more about what inspires her and why Doja Cat is her current muse.

How would you describe your brand?
Luxury without words. I feel that if you’re wearing one of my hats and you walk into a room, you’re going to be on everyone’s mind – whether or not you’ve said anything. Everyone has something to say about them, whether they like them or they hate them. They’re such a conversation starter and you won’t believe it until you own one. People will ask if they can touch it, if they can try it on, where it was made. That’s why I started this business in the first place, you know, because of that human connection and the response from just normal people. Realising that people liked my hats and wanted to try them on in the supermarket was a lightbulb moment for me. I didn’t even have a business plan! I just couldn’t believe that something I created was sparking that reaction, so I just got started making more and more and people just kept buying them. It kind of spread by word of mouth 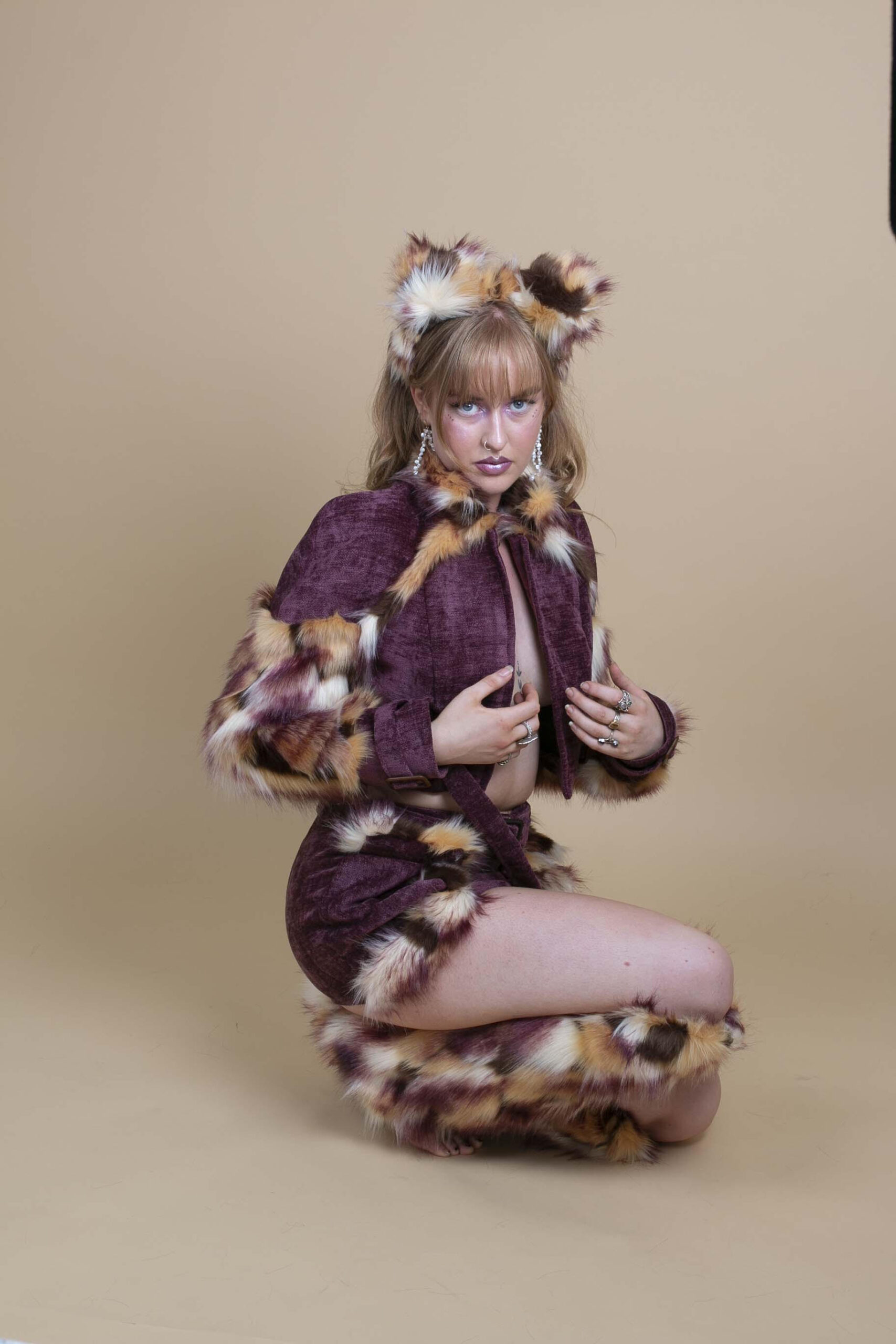 What is your mission?
To remain handmade in Ireland. To continue producing long lasting luxury goods that also implement elements of sustainability. I want to go more hardcore on that front this year. We build our products sustainably – I’m using leatherette at the moment but I want to start using mushroom leatherette as a material in our products soon too. It’s about thinking about what’s feasible for me. I want to have a brand that has a positive impact. The fashion industry is so toxic, so if I’m going to be a part of it, I want to do that in a positive way.

Did you always know you wanted to be a designer?
Definitely not. It was a trial and error process with my college courses. I didn’t know what I wanted to do. And then I kind of went back to my hobby in a way. I had never really considered fashion as a career, it’s not something that comes up when you’re in school as a possible career. It certainly wasn’t when I was in school. I did social science, I did marketing, I did a diploma in psychology. I was dropping out of courses left, right and centre. I had no idea what I want to do – I was doing things purely to get my parents get off my back. I never thought I’d actually find something I like to do.

But then I met with the illustration teacher from my secondary school, she was my best friend’s mother, and she was just like, “Rachel, look at your dress. You have to go to fashion school.” This was years back but I was just like, ok I’m gonna listen to her. I dropped art when I was in school so being creative wasn’t even on my radar at that time but I was lucky to have her to point me in the right direction. I don’t enough importance is put on doing subjects you love in school, it’s all about what’s going to get you points. It’s very exam-focused.

How would you describe your relationship with fashion?
I would describe it as a necessity in my life. Without putting effort into what I’m wearing everyday and being able to express myself through clothing, I wouldn’t be me. I wouldn’t be focused. So, I think fashion is a necessity for day to day life. Apart from my college friends, I would be the only one in my group that works in the fashion industry. So it’s not something I talk about when socialising, but it’s just something that has always been a love of mine from a very young age. It’s like an extension of my personality. Clothing isn’t just functional to me. So, yeah, I don’t talk about it all the time but it’s a part of my core being.

Is it hard to separate work and passion? In other words… do you ever get sick of making hats?
Not yet actually! I still love making hats. I still feel joy when I’m making something new. It’s crazy, I enjoy even the most menial tasks! But at the end of the day, it’s my name on the product and it’s my business so I just thrive.

What would you say the most invaluable thing you’ve learned in your career so far?
I think learning to put a price on your head. Gifting is one way to kind of climb the ladder. Oftentimes, you also have to work for free because you want to get your name out there, but you have to strike a balance. Putting a price on your head on knowing the value of your time and your work is important too. 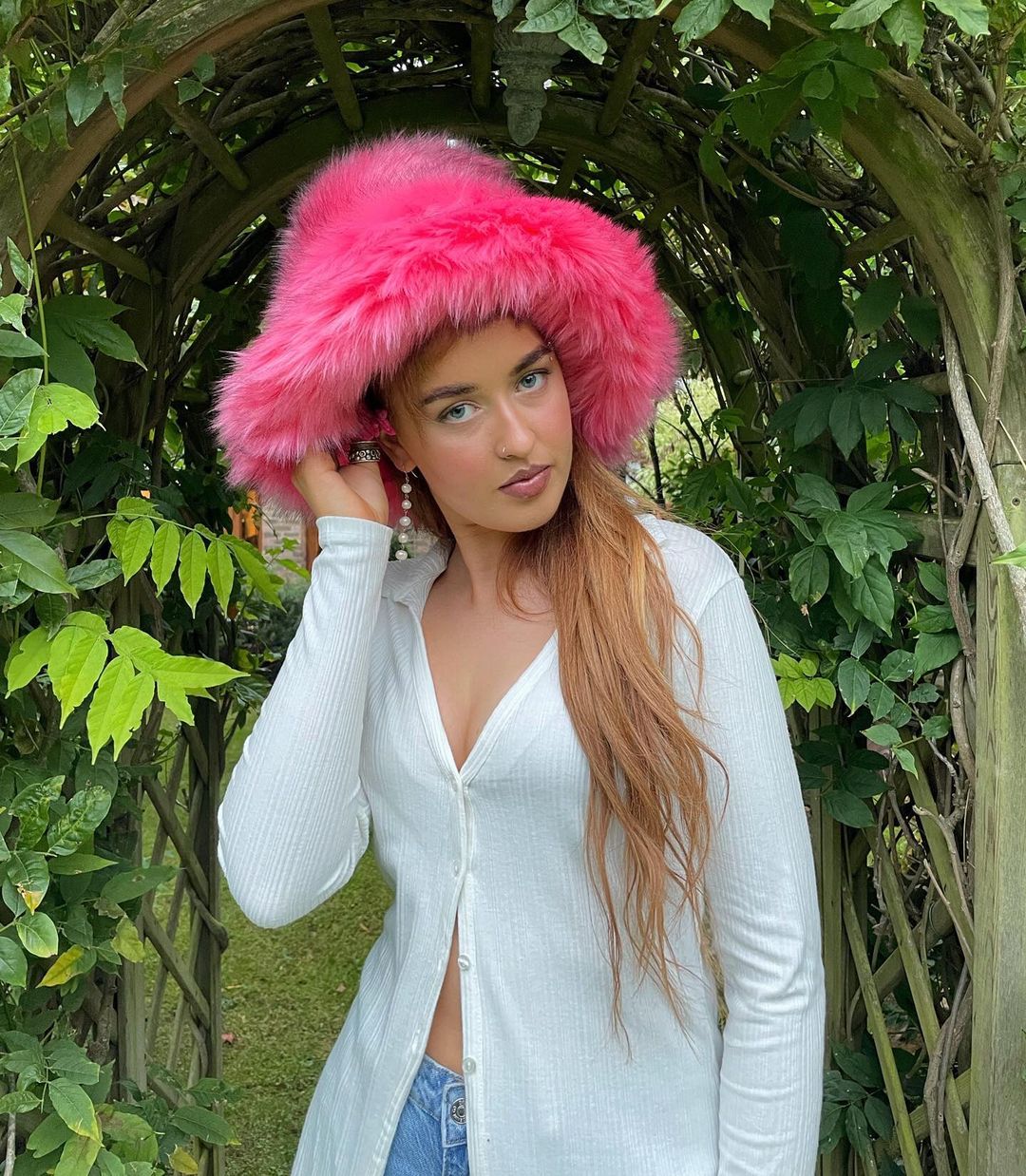 Do you have a career mentor or someone you look up to/seek advice from?
I think it’s amazing to have someone who’s outside of your field as an advisor. For me, it’s been critical to have someone not in the fashion industry as an advisor – someone who isn’t hung up on how my seams are stitched together or how many hours it takes me to make a hat. I have someone working in Google who advises me. He’s involved in helping small businesses work with Google and he just thinks so big – he thinks bigger than anyone else around me. I get advice from everyone around me. With my family, they’re conscious of me not taking too big a financial risk because they’re scared for me, but to have someone like him who’s just like, ‘Go bigger, go bigger’ is so helpful. It’s easier for him to look at things and tell me not to settle. It’s easier for him to push me forward. Sometimes I play it safe because I’m scared. Having him as an advisor has been so important for my business. I think that disconnect is so important because he’s not as emotionally attached to say, the sewing process. He doesn’t care, he’s just like, ‘Get it done’. He’s been amazing.

If you want to get into my line of work, my advice is… that you have to decide your worth because no one else is going to do that for you. People are going to ask for free work, people aren’t going to immediately care about your brand. You can’t let other people dictate whether you feel good about your designs. You have to be confident in what you’re making and feel strong about your vision by yourself first, otherwise, you’re just going to get disheartened. Especially if you’re waiting on influencers or celebrities. You need to be your own biggest supporter. Another big thing is to be consistent. You’re going to be let down by people but consistency is key. I’ve heard from a lot of people that the first few years can be somewhat of a difficult time, but it’s very  important rather than giving up and working for someone else, to be consistent. If it’s what you know you want to do, you have to keep pushing. It’s not gonna happen overnight.

Proudest moment so far
Definitely having Doja Cat wear my designs. She’s someone whose music I’ve listened to in my own life – she released a new album when I was in final year – so her art genuinely inspires me. For her to be the person that’s most excited about my designs, I just couldn’t believe it. I had reached out to her stylist a few times but I never ever thought about messaging her directly. And then one day, she sent me a DM on Instagram asking for a hat!

If I could have anyone wear my designs it would be… I want to keep dressing Doja Cat for the rest of my life! She’s ordered a new coat, a bag, a new hat. I’m going to make her a new outfit out of leatherette. She keeps inspiring me. Like, I’m watching her personal style and it’s colliding with stuff that I’ve wanted to make and it’s making me design new things. She’s my current muse so I want to continue working with her because she is interested in my stuff. It’s such a huge confidence boost, it feels class! Obviously another person I’d love to work with would be Rihanna. As cliché as it may sound, that would be the pinnacle for me.

I want my brand to be remembered for… creating jobs in Ireland again. Creating more of an industry here. A lot of the big designers I know make their products overseas – in Italy, Germany, China, India wherever. I want to remain here, handmade in Ireland no matter how big it gets. It’s difficult to manoeuvre, I’ve been through quite a few seamstresses since I started – that’s one of the most difficult parts about my business, finding people that can work me.

I’ve just finished working on… a hat and a bag for Megan Fox which is exciting. I’m also working on the new Doja Cat commission. I also want to start producing some new clothes so focusing on that as well as customer orders alongside of that. Fulfilling orders as soon as they come in is important to me – I like things to be turned out fast, so finding the time to manage customer orders on top of commissions can be a bit of a struggle.