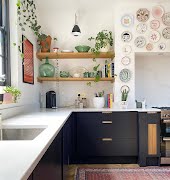 Cool people are hanging plates on their wall again: here are some options to try,...

‘Glow Up’ is coming to Ireland and they’re looking for Irish MUAs to compete in...

Everything you need to know about ‘In the Heights’ and why people are accusing it...

What Is That on FKA Twigs’ Dress?

It was all eyes on FKA Twigs and her beau, Robert Pattinson, at Monday night’s Met Gala. After months of drama and speculation over the end of one relationship (with Kristen Stewart) and the beginning of this new one, R-Pattz was busy laying low. Now though, he’s out in full force to tell the world that he means business as far as Twigs is concerned. And for what it’s worth, we think they make a pretty sweet couple.

Now though, on to more pressing matters. We’re not sure if our eyes are playing tricks on us, or if that is actually what we think it is on FKA’s dress. Take a closer look for yourself. Is that odd shape an unfortunate design oversight on an otherwise captivating dress or is this the singer-songwriter’s subtle way of incorporating a penis into her ensemble? Our seamstress great-grandmothers are turning in their graves.

#ICYMI: The Best and Worst Dressed from the Met Gala 2015

What does it mean? Naturally, we have many questions.

While all eyes were on Rihanna’s ensemble (that apparently reminded people of pizza and omelettes) and Beyonce’s barely there number, did we miss out on this clever stroke of naughty-minded genius?

Twigs, if you’re around for a Jameson, we’re totally game.

Six ways to style your denim this spring

REAL-LIFE STORIES, FASHION, OFF THE CUFF

Sometimes choosing an outfit is simply about getting dressed, but...

Make the swap with these eco-conscious trainer brands that never...

Buying second-hand is a more sustainable and affordable way to shop designer handbags, so with stores remaining shut for the moment, thankfully there are trusted retailers offering great options online.