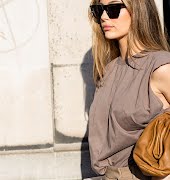 Watch: 100 Years Of Men’s Swimwear Will Make Your Day

We can’t get enough of these ‘fashion through the years’ videos and this one’s our favourite yet, purely for entertainment reasons (and not because it features a finely sculpted man in teeny tiny shorts, okay?). Men’s swimwear has certainly had its moments, and before watching this video we wouldn’t have thought it could vary that much from decade to decade, but take yourself back to 1915, when men went swimming in baby-grows, and you’ll soon realise how far we’ve come.

As evidenced by this video, it really wasn’t until the 80s that swimwear became in any way flattering. The 70s patterns conjure up images of your dog’s dinner while the 50s and 60s need to leave a little less to the imagination. The 90s and early noughties saw the arrival of board shorts in all their Hawaiian-patterned misery, followed swiftly by a shorter and somewhat more adventurous option in the present day.

Pay special attention to the moment this model decides to dance his pecs independently of one another for added enjoyment.

Sadly, the Borat mankini failed to go mainstream though to this day, there’s scarce a beach where you won’t find some unwilling stag strutting his stuff in a lime green ensemble.