Twist and shout! Retro swimwear styles are firmly back in fashion

We may not always get sun in summer, but we do have sea and sand, so all you need is a fabulous swimming costume. Do you dread the thought of skimpy swimwear? Never fear, retro swimwear styles are firmly back in fashion, says MARIE KELLY.

If reality TV has done anything for fashion, it’s left viewers so jaded by the shock factor of barely-there bikinis and itsy- bitsy one-pieces that there’s been a signi cant trend towards retro swimwear over the past few years, both on and off the runway.

From Made in Chelsea to The Real Housewives… and Keeping Up With The Kardashians, the women on these show-and-tell programmes reveal as much of their actual persons as they do their personalities when on the beach or pool-side (their elaborate and extravagant lives involve a lot of pool-time, you see). String bikinis, thong briefs and cut-out swimsuits are their signature style. Less is always more if you’re Toff, Habbs, Kim or Khloé. Not so much for the rest of us, though, who want a swimming costume that fits and flatters rather than gratuitously flaunts. 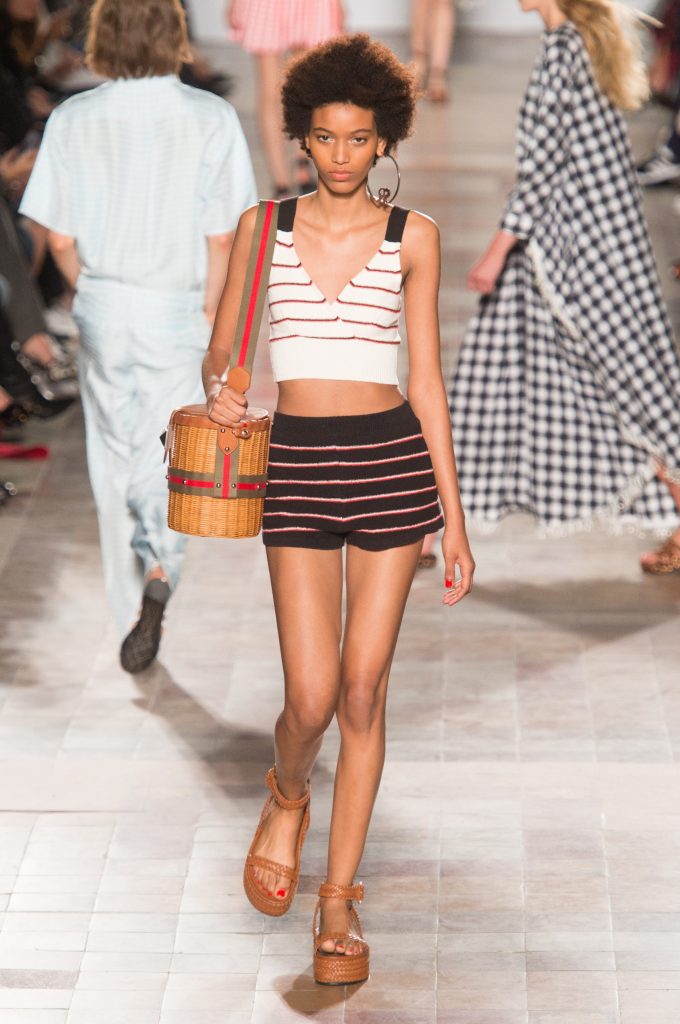 The mood was enticingly coy, the look reminiscent of Hollywood icons such as Elizabeth Taylor, Esther Williams and Rita Hayworth, and the aesthetic the very opposite of the unapologetically skimpy, hip-bone-grazing, cleavage-baring one-pieces that defined the 1980s and 1990s, courtesy of television shows such as Baywatch. Tom Ford bravely revived this look at his SS18 show, and I’ve read sporadic pieces about the wearability of this style, but I’m not convinced. Even on the catwalk, they were toned down, with low-waisted pants rather than worn as is. It’s all too Pamela Anderson. Give me a Marilyn Monroe-esque two-piece any day.

At Dolce & Gabbana, models looked super-sexy wearing big black knickers, yet there was nothing Bridget Jones about these they also dazzled in bejewelled bustiers and high-waisted pants. 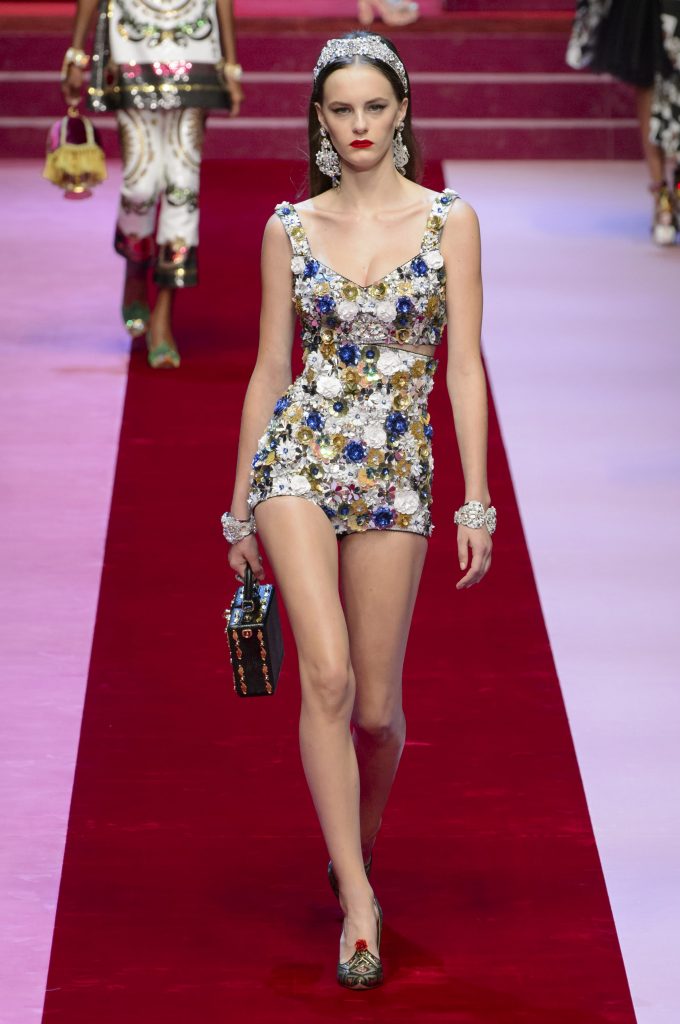 At Alberta Ferretti, simple navy swimsuits were cut flatteringly low at the thigh for a silhouette that looked more post-war than post-millennial, while Sonia Rykiel’s cute knitted two-piece would not have looked amiss on the 1960s TV icon Gidget, nor would Isabel Marant’s gorgeous sunshine yellow crochet pants. Marant cleverly paired them with a very modern and utilitarian- looking athleisure-style hooded jacket, however, demonstrating clearly how well modern and retro work together – you don’t have to choose one or the other – and why fashion relies so much on clever contrasts to create something totally fresh.

Besides silhouette, much of the pattern and detailing on this season’s swimsuits is reminiscent of that golden age of Hollywood glamour too. Polka dots, feathers, square-cut and sweetheart necklines, halter-neck straps, rhinestones and ru es add a femininity and old-fashioned glamour that’s sensuous rather than overtly sexy. I know which I’d rather be. 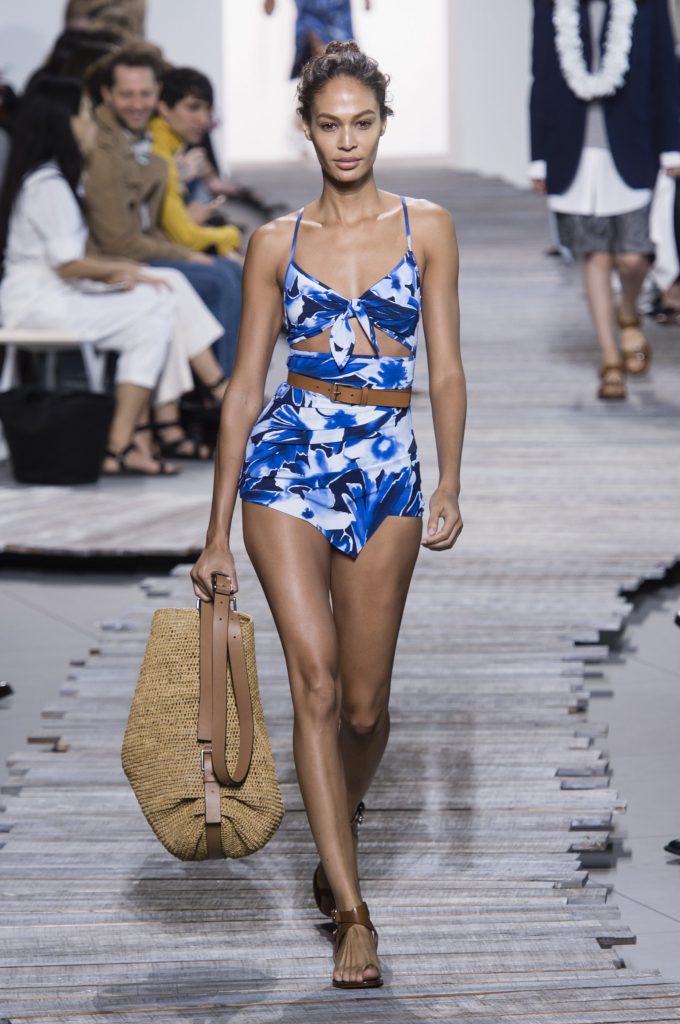 Topshop Boutique’s feather and crystal- embellished one-piece complete with feathered cape was a standout piece and looked like it had come straight out of Jane Russell’s wardrobe; as did Gucci’s long-sleeved jewel-encrusted swimsuit.

If you’re searching for some inspiration o the catwalks, check out singer-songwriter Taylor Swift’s swimwear style. Although I wouldn’t be a fan of her red carpet looks, she always appears chic and understated on the beach in polka dot two-pieces with a 1950s cut. Also, she always looks as if she’s having fun, which it’s much easier to do when you’re wearing a costume that fits and flatters (case in point: the stunning Marilyn Monroe above).

And what’s the point in going to the beach if you can’t prance about a bit without worrying about your bits popping out? Swimwear brand Mona Swims (established by Irish print designer Carla Johnson) has a terrific selection of retro two-piece styles, while Melissa Odabash’s bandeau ruched swimsuit is stunning and will atter all body shapes and sizes. Seafolly offers a lovely selection of mix-and-match separates, including gorgeous high-waisted skirted pants. On the high street, try H&M and Asos. 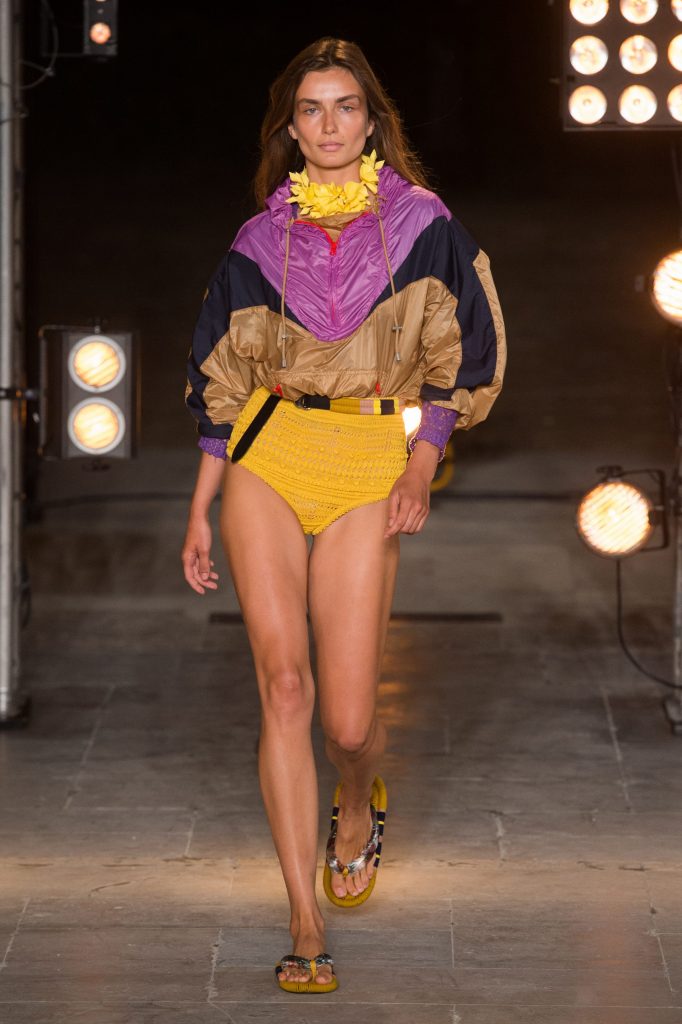 This article featured in the May issue of IMAGE Magazine

Lunchtime Fashion Fix: Summer’s not over yet so bag yourself some crochet