Tom Ford has opened up about how fatherhood has changed his outlook and lifestyle in an interview this week. The designer admitted that the polished and sleek Tom Ford we see on the runways and the red carpet is a little bit different from regular Tom Ford, father to a toddler Jack.

In the past, Ford has spoken about his perfectionist goals as akin to ?almost a mental illness?. He confessed to taking up to five baths a day. Now, those extreme grooming habits are a thing of the past, he freely admits, joining a legion of nodding-in-agreement parents.

Ford told The Evening Standard that trimming his beard was no longer a daily high priority, “When I got up this morning I was going to trim my beard because I knew I was having this interview and I needed to look good.? He has also said that dyeing the greys, which he used to do regularly, has often fallen by the wayside.

Another sign that Ford has fully embraced fatherhood? Squeaky clean clothes are a near impossibility. ?I literally just pick up the suit from the night before and put it on,? he said. ?Sometimes I have another uniform – jeans, a jean shirt and a different jacket – and it’s one or the other of those outfits. I used to make more of an effort in the mornings but I don’t anymore.? Somehow we think he’ll still cut a more dapper figure than most when it comes to the school run in the next few years. 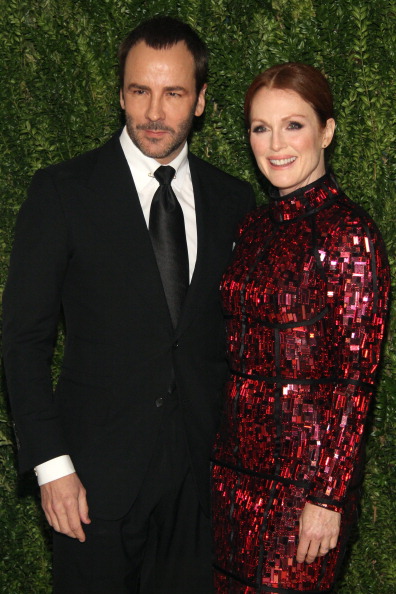 Other aspects of Ford’s life to have undergone changes are his attitude to home interiors. The home he shares with his husband Richard Buckley ?is covered in plastic toys. I cannot believe it! I mean, I used to just live for decorating. Our houses were flawless. I think for some gay men, their houses become their children. It was that case for me, but I just don’t care as much anymore. I have moments where I think, ‘Oh shit!’ It’s not exactly a pigsty, but it’s not as immaculate.” Again, parents all over the world’s beat in unison.

Ford has also stopped drinking, given up gym appointments, and no longer makes his workspace immaculate for visiting journalists. But for the time being, being a dad comes first. “It’s stress worrying and thinking about your child, which takes your mind off your work or what you were doing that day or what such-and-such said that pissed you off because you’re thinking about your kid,” he said of the emotional effect of becoming a parent. “It’s a break from yourself.?

Isn’t it great to see a man in the public eye, and fashion world, talk so openly about parenthood?